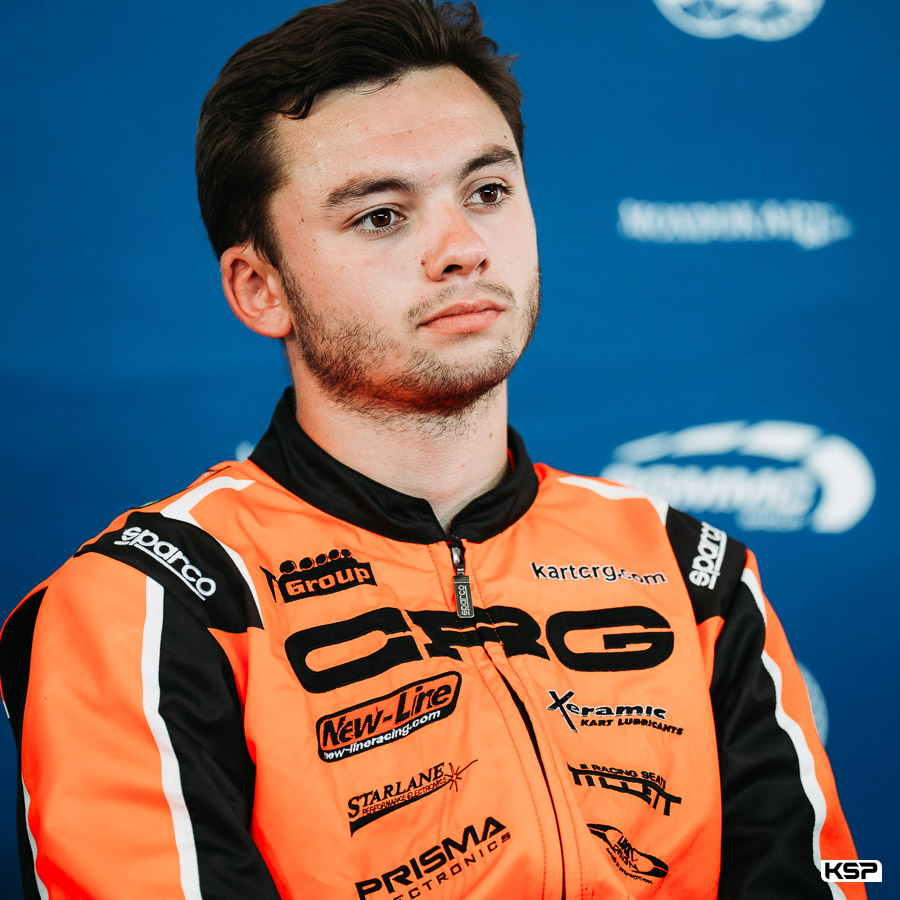 Arthur Carbonnel (CRG/TM) and Samuel Luyet (Tony Kart/Vortex) were on the first row of the grid for the FIA Karting World Cup – KZ2 final at Le Mans. The 25° celsius temperature and partly cloudy skies suggested that the race would be superb.

Carbonnel started perfectly ahead of Luyet, Cristian Bertuca (Birel ART/TM) was 3rd ahead of Jorge Pescador (CRG/TM), then Danilo Albanese (KR/Iame) and Arvid Lindblad (KR/TM). Bertuca was soon back in 2nd ahead of Luyet, who then lost another five places. Pescador and Lindblad were 3rd and 4th. On the third lap Carbonnel already had an advantage of more than a second. David Trefilov (Maranello/TM) had moved up to 6th place, gaining five places. Carbonnel put in a series of fast laps and went under 50 seconds. Lindblad took 3rd place on lap 8, followed by Albanese and Trefilov, while Pescador dropped back. Matteo Spirgel (Sodi/TM) was back in the top 10 ahead of Tom Leuillet (Birel ART/TM). At the halfway point, Carbonnel had extended his lead to over 2 seconds. Albanese encountered a technical problem and retired. Lindblad set the fastest lap in his pursuit of 2nd-placed Bertuca. The British driver followed the Italian for several laps. Bertuca defended his position firmly and Trefilov made the connection. The German rushed in and climbed Lindblad’s kart before retiring. Carbonnel secured a magnificent victory with a four-second lead over Bertuca. Lindblad finished 3rd a second further back. Valentino Fritsch (Birel ART/TM) concluded a good weekend in 4th place ahead of Arnold. Spirgel finished 7th and Leuillet 10th with a loose spoiler.