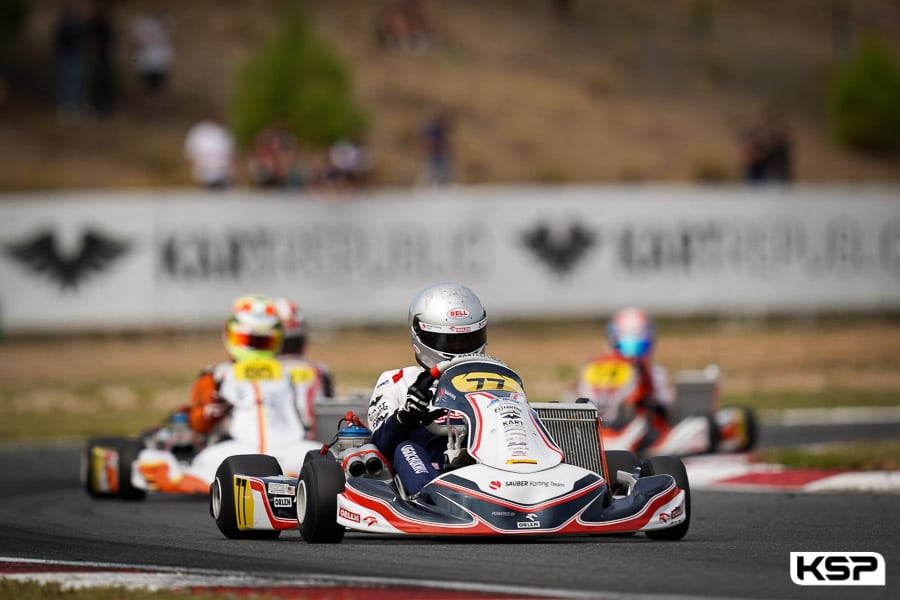 Arvid Lindblad (KR/Iame) and Brando Badoer (KR/Iame) were on the front row of the Junior Prefinal at Portimao, followed by Ugo Ugochukwu (KR/Iame) and Tymoteusz Kucharczyk (RK/TM). The weather was slightly cloudy but the temperatures were mild for this Champions of the Future round.

Once again, the inside line took the advantage when the lights went out. Badoer even dropped to 14th position after a few contacts. Lindblad was leading ahead of Rashid Al Dhaheri (Parolin/TM) who had passed Ugochukwu. Freddie Slater (Kosmic/Vortex) was already 5th in the battle with Christian Ho (KR/Iame). Evan Giltaire (Sodi/TM) was still in 7th position several lengths behind. Ugochukwu was chasing after leader Lindblad, the battle for 3rd place was raging between Al Dhaheri, Kucharczyk, Ho and Slater.