Home News International Event Champions of the Future: Winning run for Bedrin in the OK Prefinal at Portimao 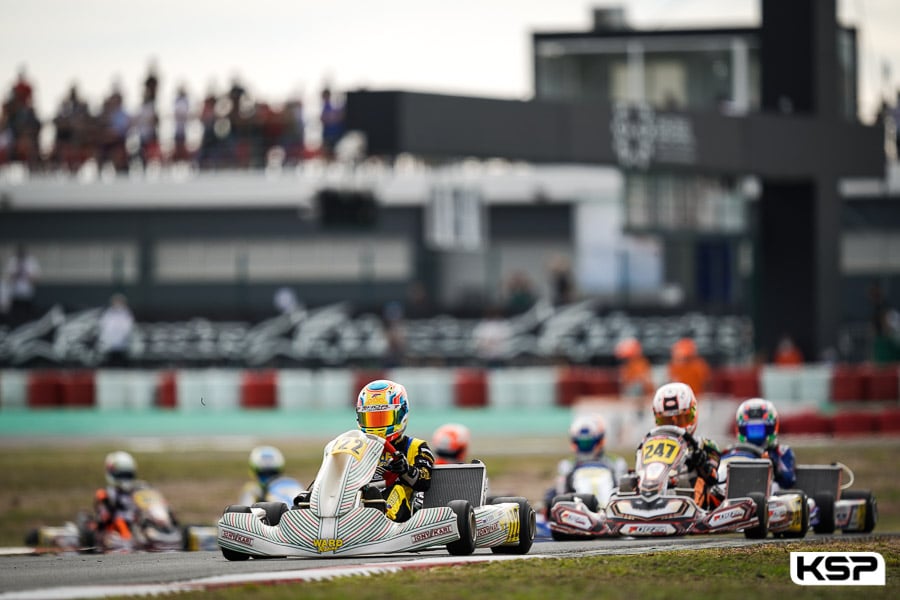 Andrea Kimi Antonelli (KR/Iame) and Lorenzo Travisanutto (Parolin/TM) shared the front row of the OK Prefinal of the Champions of the Future of Portimao in rather nice weather and a temperature of around 22°.

Travisanutto was 4th at the start, ahead of Taylor Barnard (KR/Iame), with Rafael Camara (Exprit/TM) and Juho Valtanen (KR/Iame) having taken over the lead from Antonelli. James Wharton (Parolin/TM) was then in 4th position and Camara took 1st place. Barnard and Travisanutto came back into the top five, but Wharton dropped back to 12th in the fight. Nikita Bedrin (Tony Kart/Vortex) moved up to 5th (+9 pl) on the fifth lap. Very fast, the young Russian driver kept on attacking and took the lead on the seventh lap. Wharton was no longer in the race.

Halfway through the race, Marcus Amand (KR/Iame) attacked Pedro Hiltbrand (Tony Kart/Vortex) for 15th position. Bedrin broke away in the lead more than a second ahead of Camara and Antonelli. Luigi Coluccio (Kosmic/Vortex) was back in 4th position and passed Antonelli to enter the top three. Bedrin took a superb victory with 13 places gained, the fastest lap and seven tenths of a second advantage on Coluccio (+9 pl). Camara finished 3rd, Barnard 4th and William Siverholm (Tony Kart/Vortex) 5th. Travisanutto was demoted from 4th to 23rd position by a 10″ penalty for not having taken the right place on the grid. Antonelli dropped down to 10th position in the closing laps. Amand was 13th, Florian Rousseau-Ricci (KR/Iame) 22nd and Marlon Hernandez (KR/Iame) 25th.