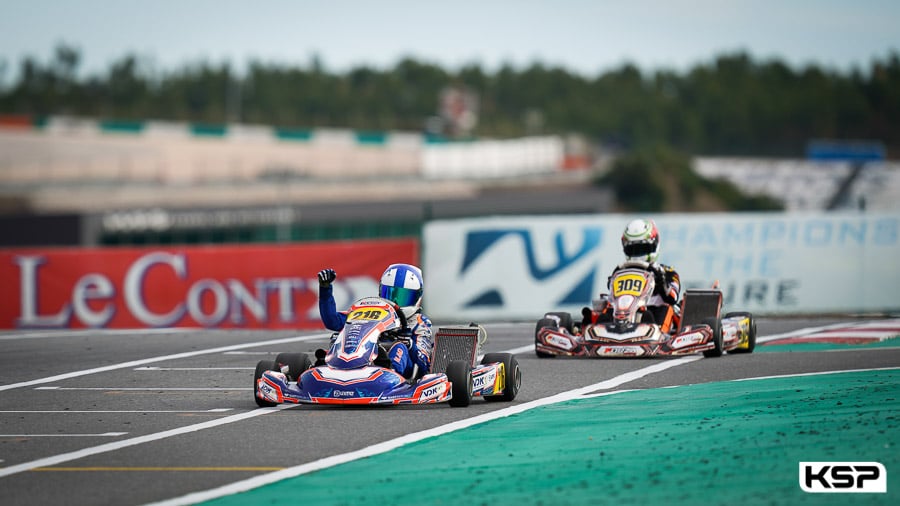 The OK Final of Champions of the Future at Portimao looked set to be full of twists and turns. First of all because some spectacular comebacks in the Prefinal were mainly due to the early use of new rubber and that the balance of power was likely to be reversed. Secondly, because some good drivers had suffered (penalty or retirement) previously and would try everything to get back on track.

Antonelli was barely in 16th position. At the front, Amand was still among the fastest drivers and tried to close up to Camara, 5 tenths behind him on lap 13. Siverholm took over in 2nd position and chased down Amand. The gap decreased towards the finish line, but Amand managed to control the situation and took the victory for 0,276″ with a 12-place advantage on Siverholm, with Camara being third by a second. Sobrepera took 4th place 2,4″ later, followed by Bradshaw. Travisanutto finished 8th with a gain of 15 places while Rousseau-Ricci reached a superb 9th position (+13 pl). Bedrin finished 15th, Antonelli 20th with the fastest lap and a spoiler penalty and Marlon Hernandez (KR/Iame) 26th. 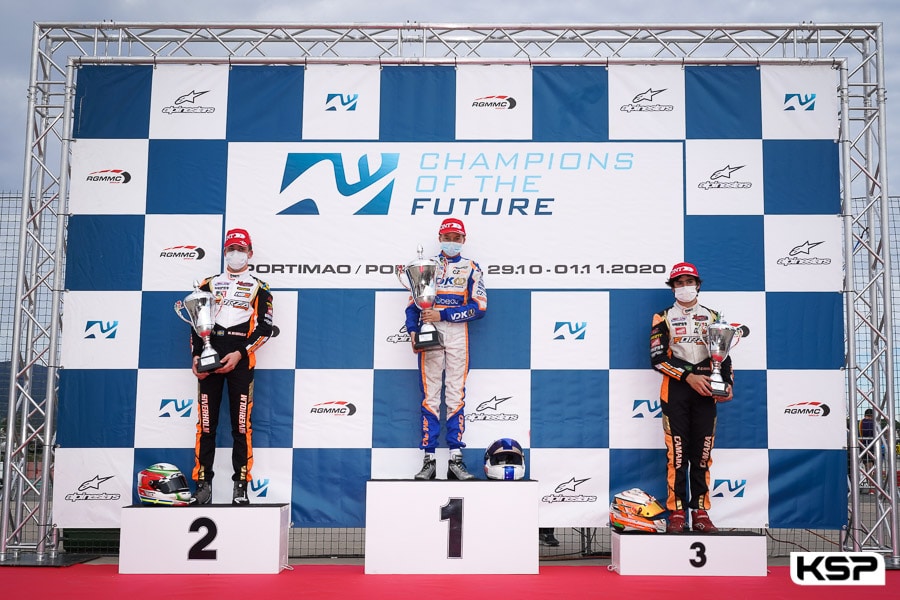