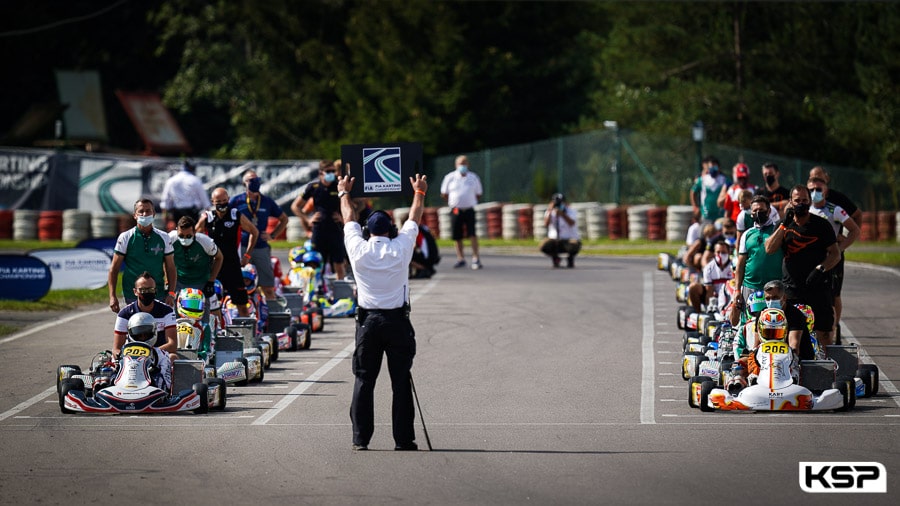 There was great weather and a temperature of 26° at Wackersdorf for the last Final of the European Junior Championship. In pole position on the grid, Ugo Ugochukwu (KR/Iame) was also leading the provisional standings, while Arvid Lindblad (KR/Iame), 3rd in the Championship, accompanied him on the front row with the objective of taking 2nd place from Tuukka Taponen (Tony Kart/Vortex) in 14th on the grid. Harley Keeble (Tony Kart/Vortex) and Martinius Stenshorne (KR/Iame) shared the second row.

Keeble was 2nd behind Ugochukwu and ahead of Lindblad as soon as the starting lights went out. Arthur Rogeon (Exprit/Vortex) fell to 34th. Freddie Slater (Kosmic/Vortex) retired on lap 2, followed by William Macintyre (Birel ART/TM). Lindblad was back in the lead, followed by Keeble attacking Ugochukwu on lap 4, before Stenshorne overtook the American. After an excellent start, Maxwell Dodds (Parolin/TM) retired. Linblad escaped in the lead while the fight for 2nd place raged on. Ugochukwu, still the leader of the Championship but without much margin against Lindblad, followed Keeble again. Sonny Smith (KR/Iame) had moved up to 5th place ahead of Maxim Rehm (Tony Kart/Vortex).

On lap 15 of the 21 laps, Ugochukwu passed Keeble and was 1.3″ behind Lindblad. After the early fight, Evan Giltaire (Sodi/TM) was in the top 10. Lindblad took a superb victory 1.4″ ahead of Ugochukwu, the new Champion, who was followed by Keeble. Smith finished 4th, and Karol Pasiewicz (Tony Kart/Vortex) 5th. Giltaire finished 8th (+7 pl). Taponen was in trouble with his team-mate Bruno Del Pino (Tony Kart/Vortex) and fell to 16th. Maxime Furon-Castelain (Exprit/TM) was 22nd (+14 pl) and Rogeon 28th after a spoiler penalty.

Ugochukwu won the title ahead of Lindblad and Taponen. 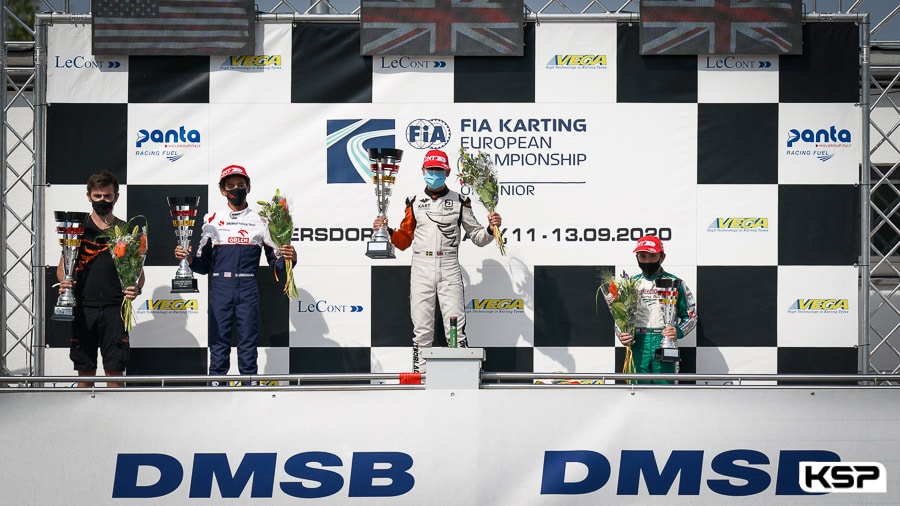