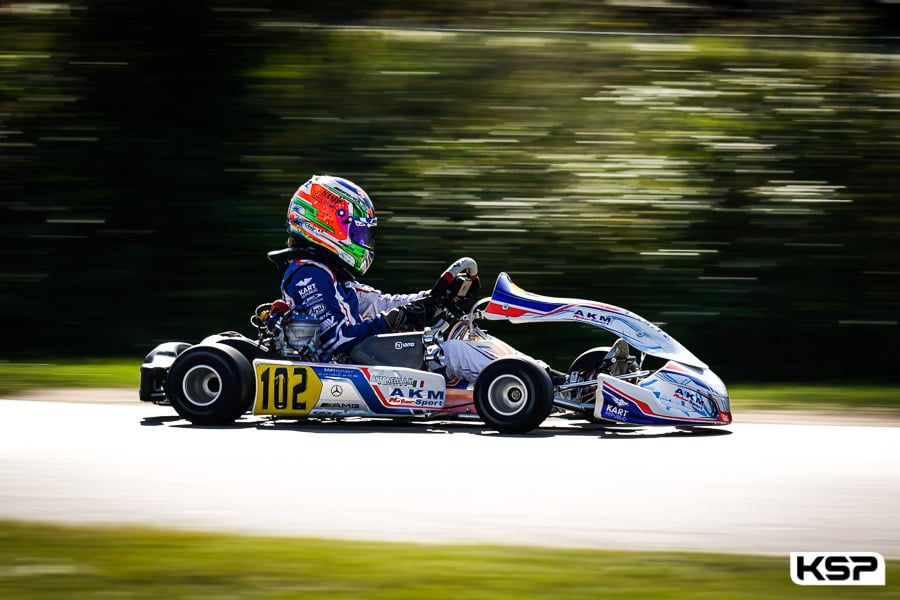 Andrea Kimi Antonelli (KR/Iame) led the heat A-D from start to finish and took a third victory which confirmed his domination at the front of the heats and gave him the advantage in the provisional Championship standings. Marcus Amand (KR/Iame) quickly moved up to 2nd place and resisted Juho Valtanen (KR/Iame) perfectly. Nikolas Pirtthilahti (KR/Iame) was 4th against Jamie Day (Birel ART/TM). Norton Andreasson (Tony Kart/Vortex) had to be satisfied with 7th position.

Nikita Bedrin (Tony Kart/Vortex) and Lorenzo Patrese (KR/Iame) crashed shortly after the start of the B-C heat and Taylor Barnard (KR/Iame) took the lead for a moment. But Luigi Coluccio (Kosmic/Vortex) immediately took 1st place and won the race ahead of Rafael Camara (Exprit/TM). Noah Degnbol (Tony Kart/Vortex) in 3rd was able to control Barnard while Griggs finished 5th. Bedrin climbed from 18th to 12th before dropping back to 22nd due to a penalty. Lorenzo Travisanutto (Parolin/TM) crashed and retired.

Antonelli was of course leading the heats and took a slight advantage in the Championship standings, with rival Barnard scoring just one point with his 9th place finish. Coluccio finished 2nd in the Wackersdorf heats ahead of Camara, Amand and Turney. Bedrin was 20th.