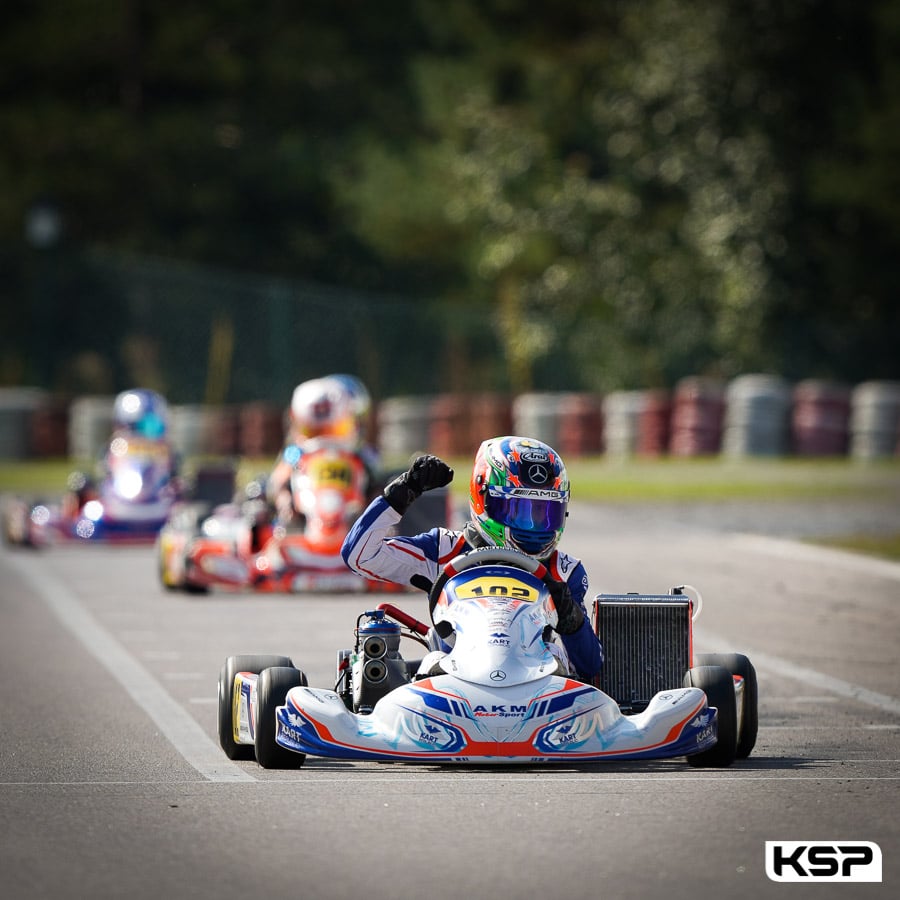 Taylor Barnard (KR/Iame) was still three points ahead of Andrea Kimi Antonelli (KR/Iame) in the provisional ranking of the European OK Championship before the start of the Final at Wackersdorf. But under the warm Bavarian sun, the Italian started from pole position while the British driver started only 9th. Luigi Coluccio (Kosmic/Vortex) joined Antonelli on the front row, followed by Rafael Camara (Exprit/TM) and Marcus Amand (KR/Iame) on the second row, with Joe Turney (Tony Kart/Vortex) and Norton Andreasson (Tony Kart/Vortex) on the third.

Antonelli took the lead ahead of Camara and Turney, with Barnard immediately taking four spots to 5th. Amand dropped back down to 8th before coming back to 6th behind Barnard who posted several fastest laps. The gaps remained very close in the top six. Barnard attacked Turney on the 6th lap while Antonelli was not yet ahead of Camara. Coluccio was 7th ahead of Luca Griggs (Tony Kart/TM) and Juho Valtanen (KR/Iame). Amand came back to 5th position, then 4th when Nikolas Pirtthilahti (KR/Iame) gave up due to a mechanical problem. Now 3rd, Barnard was 1″ behind Camara, 2 points behind Antonelli in the Championship. Positions were closing in between the top four at the halfway point, with Camara becoming a threat to Antonelli. Amand was the fastest on the track. Further back, Coluccio was putting pressure on Turney for 5th place. With nine laps to go, Camara gave up some ground and Barnard came dangerously close with Amand in his wake. However, Antonelli was on his way to victory and the title 8 tenths ahead of Camara and his two pursuers. Antonelli achieved his goal by winning the Final against Camara. 3rd on the line, Barnard fell to 6th after a spoiler penalty and Amand finished this great weekend on the podium with the fastest lap. Coluccio was 4th 2.2″ further down the line. Valtanen moved up 10 places to 5th, Turney finished 7th and Nikita Bedrin (Tony Kart/Vortex) 12th. 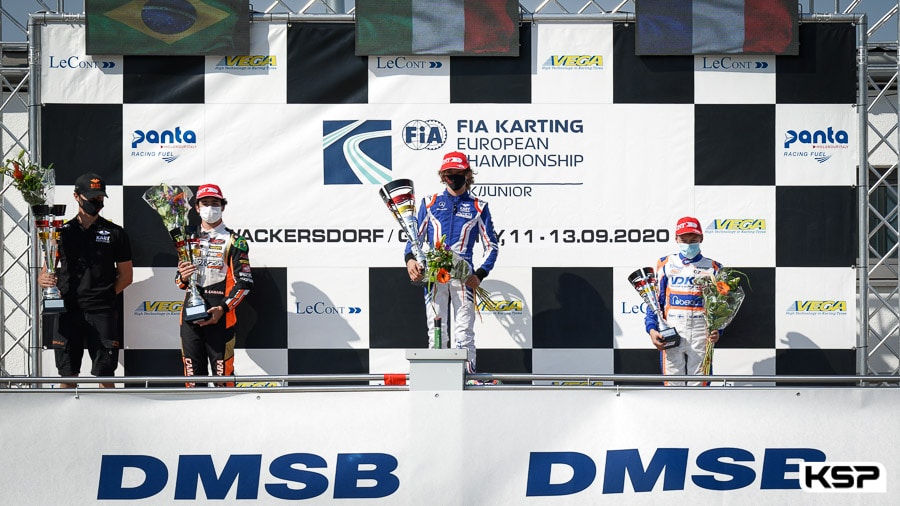