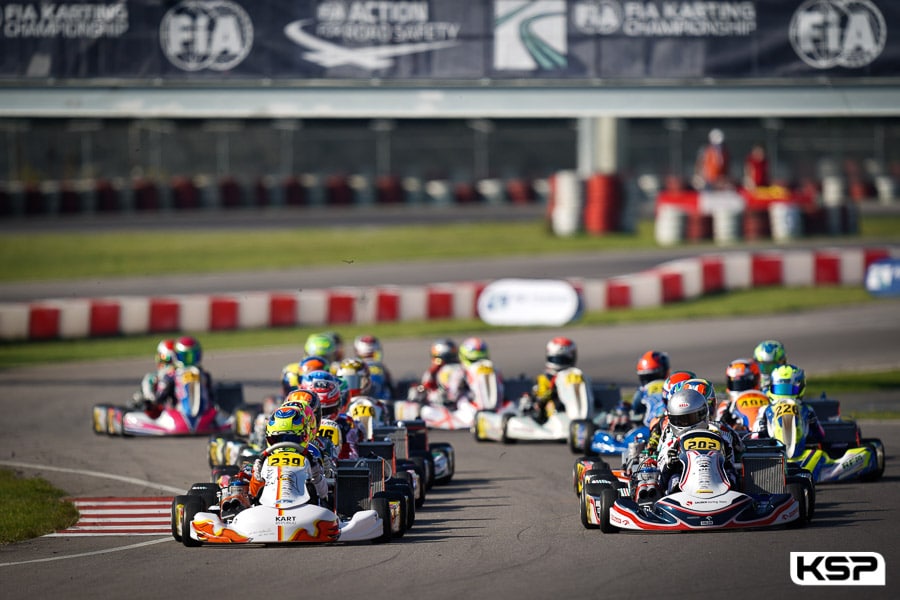 It was sunny at Wackersdorf from the beginning of the day on Sunday which started with 20° on the thermometer. Three Qualifying Heats were still to be run in the European Junior Championship.

Four drivers clung to each other from the first braking of the A-B heat. The comfortable leader, Alex Powell (KR/Iame) encountered a problem and slowed down at mid-race, then gave up after a collision with Schu Dozono (Energy/TM). Ugo Ugochukwu (KR/Iame) took a 5th victory ahead of Martinius Stenshorne (KR/Iame) and Maxim Rehm (Tony Kart/Vortex), then Cristian Bertuca (Birel ART/TM) and Karol Pasiewicz (Tony Kart/Vortex).

Ugochukwu came out on top in the heats with five consecutive wins and 65 points in the provisional Championship standings. Lindblad followed him in 2nd place ahead of Keeble, Stenshorne and Neate. Badoer dropped to 12th, Taponen was 14th and was still 2nd in the Championship standings 17 points behind Ugochukwu and 2 points ahead of Lindblad. Giltaire was 15th in the heats, Powell was 21st ahead of Rogeon.