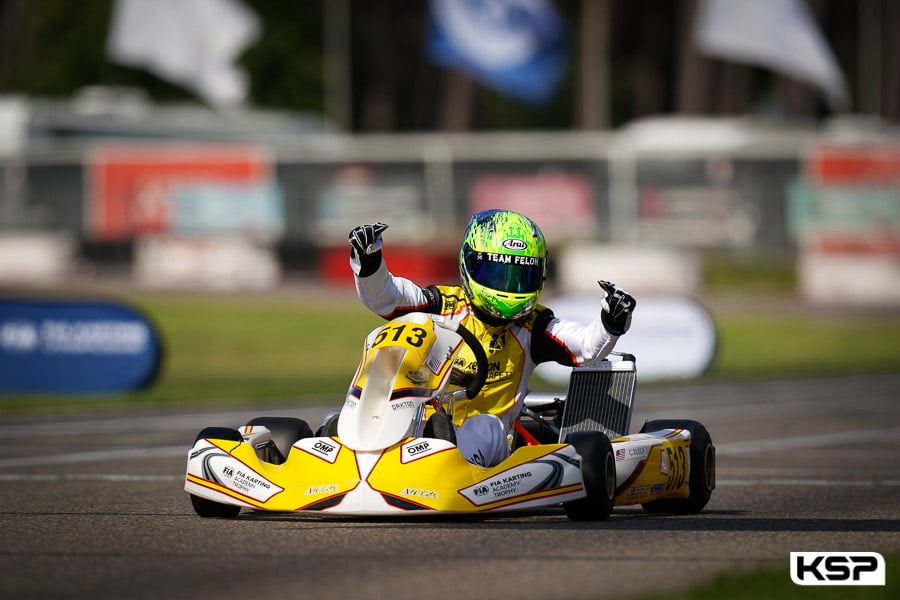 The sky was clear over Genk for the Final of the second round of the FIA Karting Academy Trophy, even though the temperature hardly exceeded 18°. Zachary David (PHL) and Connor Zilisch (USA), the leader of the provisional classification, shared the first row in front of Matteo De Palo (ITA) and poleman Tom Braeken (BEL). Macéo Capietto (FRA) started from 5th position.

De Palo took the lead as soon as the lights went out in front of David and Zilisch, then Capietto took 5th place. Zilisch took over the lead on the second lap, while Capietto was 2nd in front of De Palo and David. Ariel Elkin (ISR) came back to 5th position. De Palo fell back to 13th place on the next lap, with Elkin moving up to 3rd position. Alex Powell (JAM) was 6th, behind Albin Stureson (SWE), followed by Maxime Furon-Castelain (LUX). Theo Micouris (GBR) then took 3rd place in front of Stureson and Rafael Modonese (PER). Zilisch led 7 tenths ahead of Capietto, 3″ in front of the pack. Tom Braeken (BEL) went off in the grass and retired. David was back in 7th position after a disappointing start, but Furon-Castelain dropped to 16th place. In the lead, Zilisch maintained the gap to Capietto, whereas Micouris came closer and closer at 1.5″. The battles continued in the pack. The fastest driver on the track, Micouris was approaching Capietto’s second place at high speed with five laps to go. The British driver attacked the Frenchman on lap 16. Elkin was back down in 15th position. Zilisch finally gained 5 tenths in front of Micouris and took a serious option on the Trophy. Capietto ensured the 3rd place that allowed him to come back to 2nd position in the Championship. Stureson finished 4th, Modonese 5th in front of David and Powell. Furon-Castelon finished 18th after a penalty. 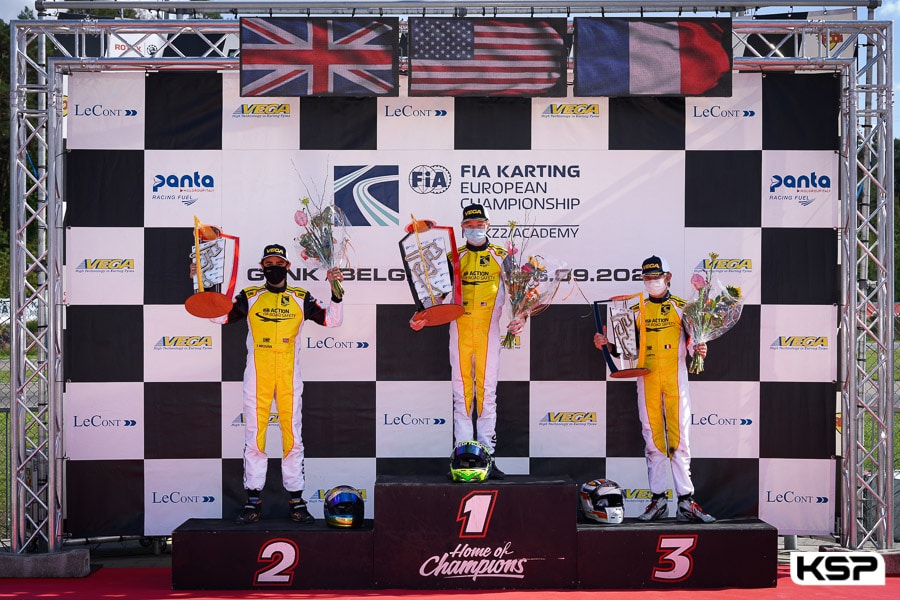