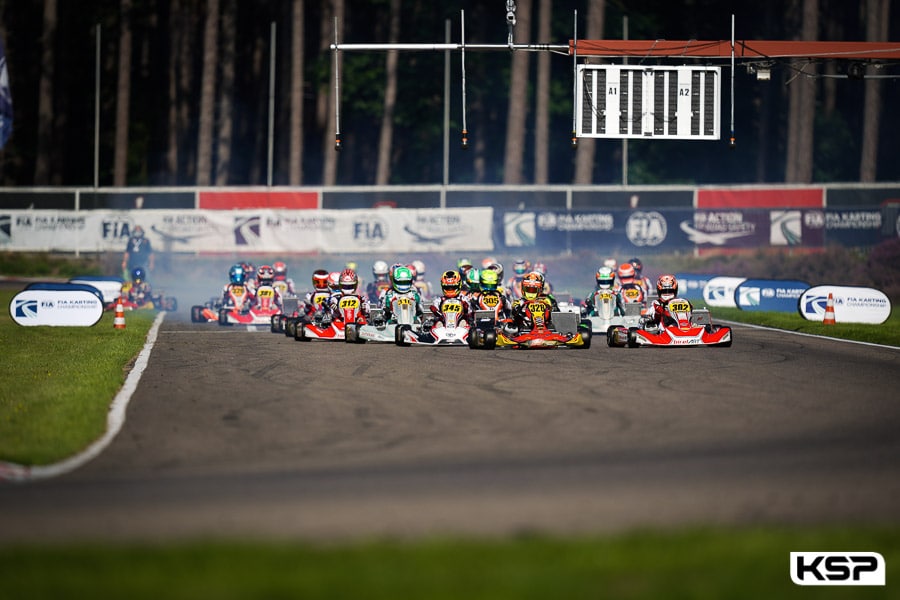 The weather was fine on Sunday morning, but the  temperature was cool for the season at around 15 degrees for the Final at Genk of the European KZ2 Championship. David Trefilov (Maranello/TM) started from the first row with Simone Cunati (Birel ART/TM), fighting for the title, at his side, then Paavo Tonteri (Tony Kart/Vortex) and Viktor Gustavsson (Birel ART/TM), the leader of the provisional classification, on the second row. Tom Leuillet (Praga/TM) and Jean Nomblot (Sodi/TM) shared the 5th row.

Giuseppe Palomba (Birel ART/TM), who started 17th, was scared when he went out in the grass during the first training lap. Kobe Pauwels (Birel ART/TM) and Thomas Landais (Birel ART/TM) stalled on the grid and provoked a third warm-up lap. Gustavsson was immediately in 2nd position behind Trefilov when the lights went out, followed by his rival Cunati and Kristijan Habulin (TB Kart/TM). The latter took 2nd place, whereas Cunati dropped back to 4th behind Gustavsson, a crucial move for the title. Leuillet was 7th in front of Arthur Carbonnel (Sodi/TM) who had already moved up seven places. In 12th position, Palomba had regained five positions and posted a better lap. Senna Van Walstijn (Sodi/TM) attacked Cunati for 4th place. Cunati lost all his chances shortly afterwards on the 7th of the 23 laps of the race with Leonardo Marseglia (Birel ART/TM). Gustavsson then had a free path to the title. Tonteri fell to 12th position and Palomba could dream of 3rd place in the Championship. Leuillet was in the top five ahead of Carbonnel. Halfway through the race, Van Walstijn and Leuillet came into contact again! The Frenchman gave up and the Dutchman was in last position. Carbonnel took the opportunity to move up to 4th position (+11 pl) in front of Palomba and Nomblot was 6th. Hubert Petit (Sodi/TM) was finally at his level, at the gates of the top 10 with a gain of 15 places. Trefilov was leading the race with 2” advantage on Habulin, who was threatened by Gustavsson, 2” ahead of Carbonnel. With two laps to go, Gustavsson passed Habulin, even though he didn’t need to to secure the title.

Trefilov won the Final 3.2″ ahead of Gustavsson, the new European Champion, and then Habulin. Carbonnel ensured a fantastic 4th place after the last position in the Timed Qualifying session. Palomba finished 5th (+11 pl). Nomblot took 6th position in front of Petit, who made the strongest comeback of this race (+19 pl). Landais was 14th, Thomas Imbourg (Sodi/TM) 21st (+6 pl). 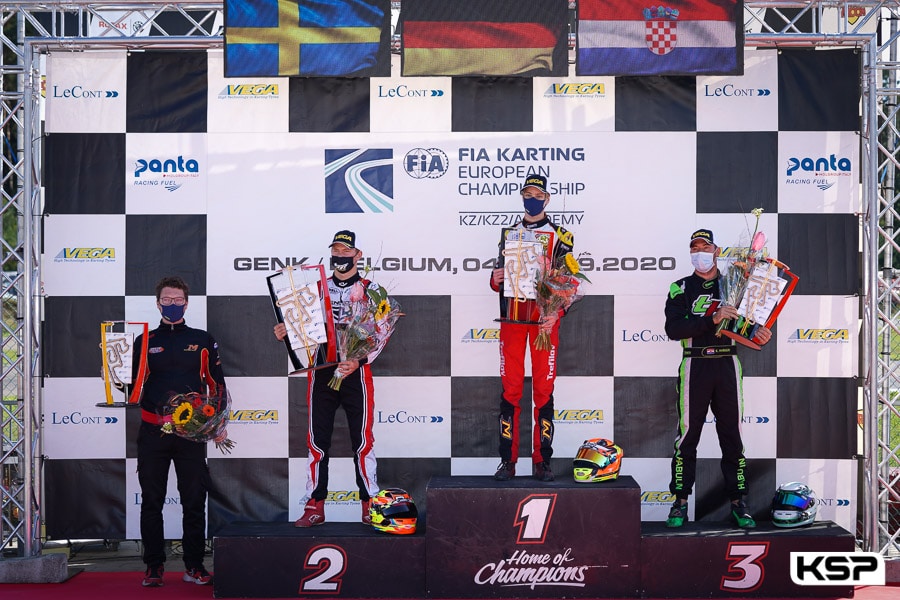