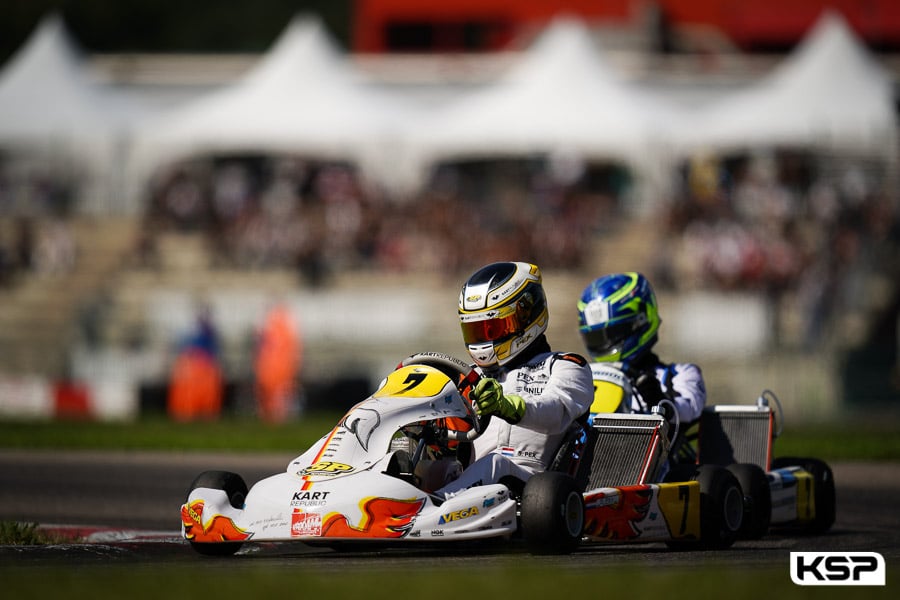 At the start of the KZ Final of the European Championship in Genk, Alessandro Irlando (Birel ART/TM) led the Championship with 38 points, ahead of Simo Puhakka (Tony Kart/Vortex) on 33 and Marijn Kremers (Ricciardo/TM) on 31. However, Kremers started on pole, while Irlando was 7th on the grid and Puhakka 8th. Noah Milell (Tony Kart/Vortex) shared the front row with the poleman, Stan Pex (KR/TM) and Adrien Renaudin (Sodi/TM) were on the second row ahead of Riccardo Longhi (Birel ART/TM) and Jorrit Pex (KR/TM). The track was dry and the sun overcame the clouds in the Belgian sky.

Milell didn’t start very well and Pex followed Kremers when the lights went out, with Renaudin in 3rd position. Jorrit Pex (KR/TM) passed the Frenchman immediately. After a bad start, Irlando was 8th, whereas Longhi dropped to 10th position. Kremers was under threat from the Pex brothers. Stan took 1st place on the fifth lap, Renaudin came back to 3rd and Irlando passed Matteo Vigano (Birel ART/TM) for 7th place. The Championship was still to play for. Jorrit Pex passed Renaudin for 3rd position and Milell was not far behind. Kremers was leading the provisional Championship classification, but Irlando was still a threat. Vigano retired again due to a mechanical problem. Faster, Kremers fought to reduce the gap to Stan Pex and tried to overtake him, whereas Irlando was chasing after Milell. Renaudin dropped Milell to 4th place and Irlando followed him at the same time and was only two points behind his team-mate Kremers in the classification, Puhakka having dropped back to 10th position. The positions seemed to stabilise with three laps to go. But Renaudin was able to attack Irlando. The victory of Stan Pex and the title of Kremers, 2nd on the line, were confirmed at the finish. Jorrit Pex finished 3rd not far from Milell, and Renaudin took 5th position. 6th place for Bas Lammers (Sodi/TM), followed by Longhi and Fabian Federer (Maranello/TM). Delayed by a spoiler penalty, Irlando dropped back to 10th, but remained 2nd in the Championship. 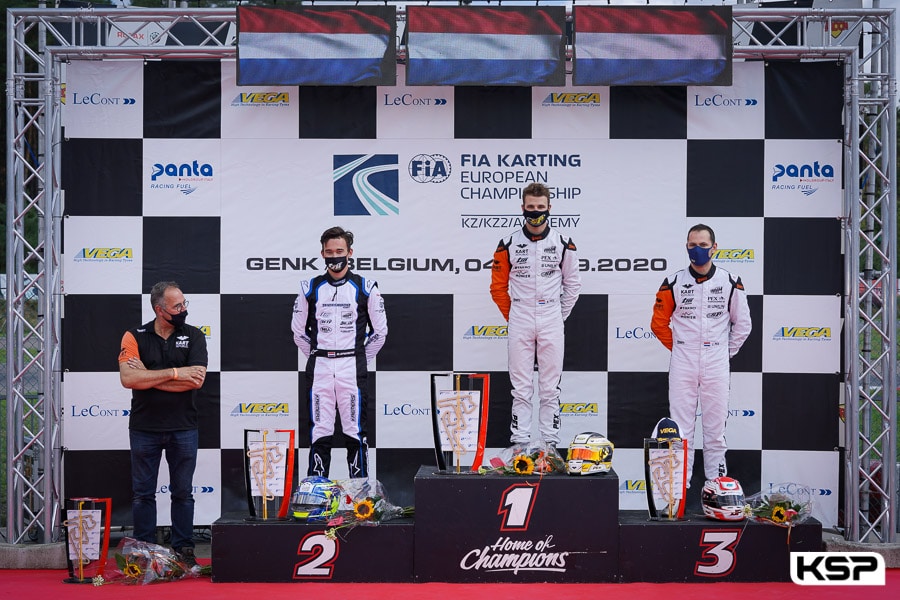