The return of a major international race to the South Garda Karting circuit in Lonato did not come easily to the 253 drivers who took part in the first of three WSK Euro Series events (8th-11th April). They had good weather during all the Qualifying sessions, before having to race in the rain for the Final phase. For James Wharton, it was a big first on a wet track in his new KZ2 class. The young Australian from the Ferrari Driver Academy gained more experience, although he did not achieve the result he had hoped for. 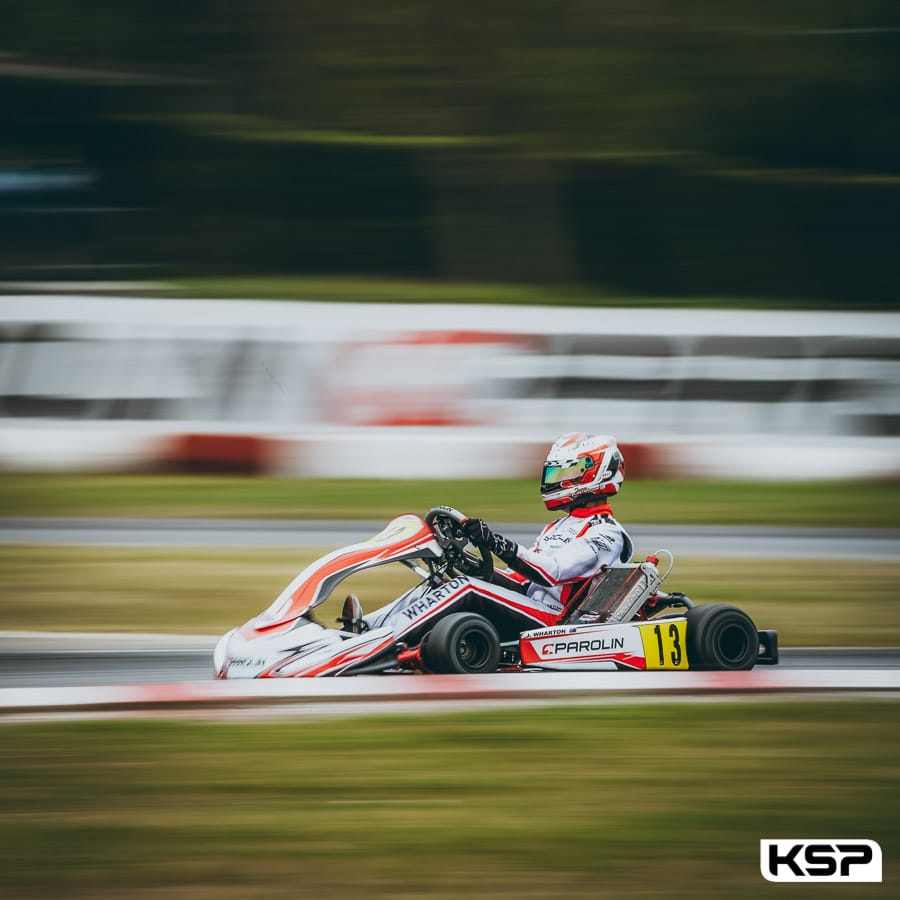 Some 15,000 km from his home country, James Wharton feels quite at home in Lonato, between Brescia and Verona, as he has decided to settle in this region of northern Italy to race in karting at the highest world level. “To prepare for this WSK race, we decided to take part in the Trofeo di Primavera the week before, as the event was being run in Lonato,” says James Wharton. “I had a great performance there, being the fastest in the Final. My start wasn’t perfect, I was only 13th on the first lap, but then I moved up to 8th in the Final standings.”

Of course, the standard was much higher in the opening round of the WSK Euro Series, with a field of almost 60 participants. After particularly good set-up work in Free Practice with the Parolin Motorsport team, James set the 30th fastest time in official Qualifying, less than four tenths from the fastest in his group. “With our powerful KZ2 karts, the Lonato circuit is really difficult to get to grips with.” He had a clear run in all three heats, battling relentlessly with drivers far more experienced than him. However, the mild weather on Friday and Saturday was replaced by rain on Sunday.

“I had never driven a 125cc gearbox kart in these conditions before. I realised that I was completely out of my depth. As soon as the morning warm-up was over I knew that the rest of the programme was going to be complicated.”

A penalty at the wrong time

James Wharton knew that a top 17 finish in his Prefinal was a must if he was to make the Final. He got off to a flying start in his Parolin-TM Racing kart and managed to climb from 13th to 6th place during the first lap. Unfortunately, the respite was not to last. “Despite using rain tyres, the track was very slippery and I wasn’t as comfortable as most of my competitors who know the Lonato circuit perfectly in these conditions.” At the finish line, the gamble of qualifying for the Final seemed to be won, but that was without counting on a final penalty for a dropped front fairing.

“My performance stopped there, very close to the Final… This is part of the learning process for a young driver! This race has shown me that I need to drive more in KZ2 in the rain and I hope to come back even stronger in the next race.”

Another KZ2 victory and an excellent level of performance in Lonato

Last rehearsal before the European Championship

A race full of lessons learned