Another KZ2 victory and an excellent level of performance in Lonato

The WSK Euro Series started this weekend on the Lonato circuit in a contrasting weather situation. After the sunshine of the first days, rain and coolness accompanied the Final stages. Birel ART Racing showed very good competitiveness in all categories. Kremers dominated KZ2 in all weather conditions, there was no shortage of good performances in OK, Macintyre was 5th in OK-Junior and Van Langendonck was 4th in Mini. 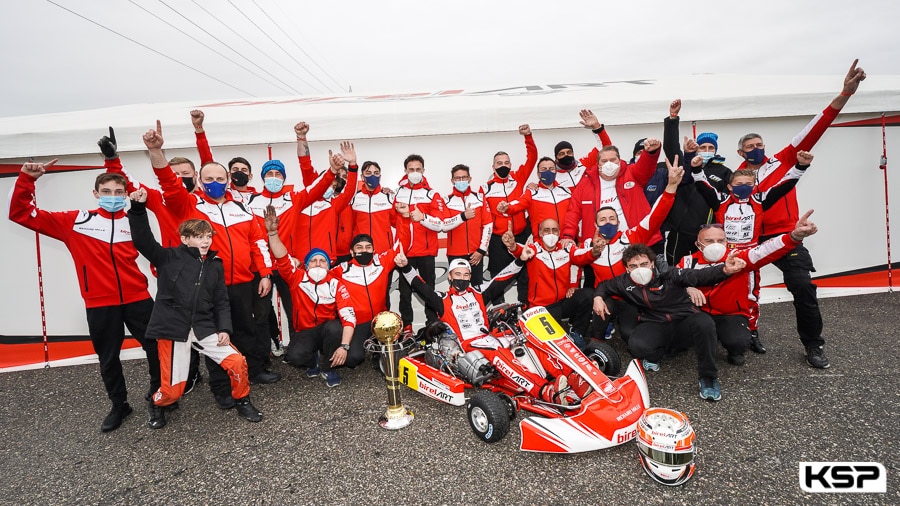 “We can be very satisfied with the competitiveness of the whole team on a difficult terrain“, said Ronni Sala, President of Birel ART, “The competition was already very selective on Friday and Saturday in dry conditions and the arrival of rain on Sunday made it even worse. We performed well in all conditions in all four categories of the event. Kremers’ consistency at the top of the KZ2 class is an excellent indicator of our current level, especially as his team-mates Longhi, Palomba and Piccini were also in the mix. We are now in 1st, 3rd and 4th position in the Championship standings. Bertuca and Kucharczyk did well in OK and managed to finish in the top 10 despite some setbacks. Cépil made good progress in his first race with us. Macintyre was one of the main protagonists in OK-Junior alongside Spirgel, capable of strong comebacks. Finally, Van Langendonck’s potential is confirmed in Mini with a good top 4“. 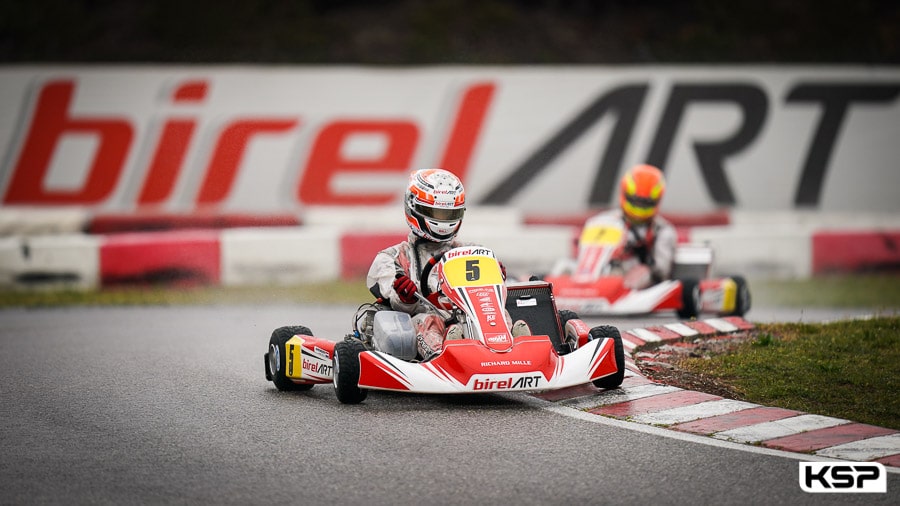 The agreement between Marijn Kremers and the Birel ART Racing team is as fruitful as ever. The Dutchman took pole position and won two Qualifying Heats in the dry, but he proved to be unbeatable in the Final stages in the rain. He won the Prefinal and the Final with a large lead over his rivals, setting the fastest lap in each race. Very fast on a dry track, Riccardo Longhi won a heat and set two fastest times to come back in 3rd position on Saturday evening. He was also at ease on the wet track as he won his Prefinal before finishing 7th in the Final, which allowed him to take 3rd in the Championship. Giuseppe Palomba was not to be outdone in this demanding context with his 2nd place in the Prefinal and his 4th position in the provisional classification. Alessio Piccini put in solid runs, finishing in the top five in his Prefinal and finishing 12th in the Final despite a spoiler penalty. The competitiveness of Birel ART was confirmed by Douglas Lundberg’s fine 4th place in the Final with the Renda Motorsport team. 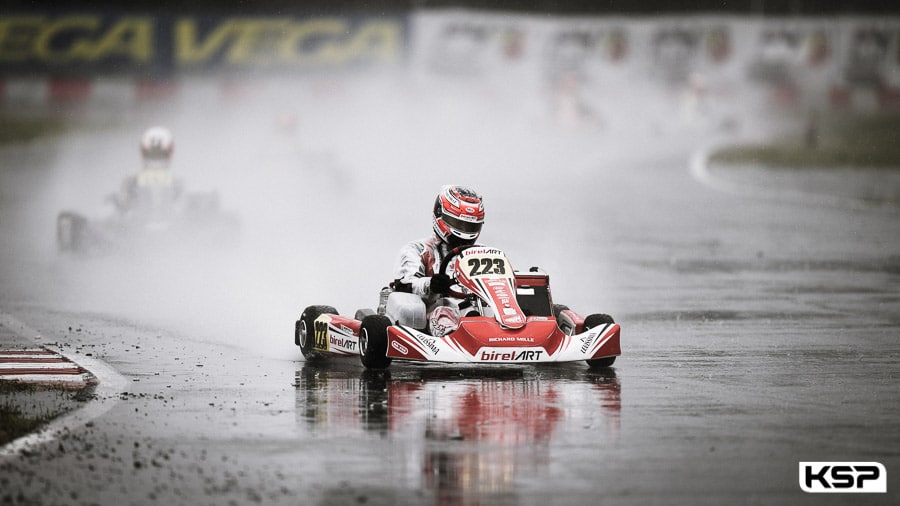 On his Kubica Kart chassis, Tymoteusz Kucharczyk took 3rd place in Qualifying. He did two good heats, but had to give up in the third one. However, he managed to finish 9th in the Final despite a broken spoiler. Cristian Bertuca was not spared from penalties related to his front fairing, but he managed to get into the top five of his Prefinal before moving up to 7th place in the Final. Matheus Morgatto was close to the top 10 in the Final, but an unfortunate mistake deprived him of a good result. Newcomer Igor Cepil from the Czech Republic adapted well to his new situation and progressed to 8th place in his Prefinal, but the start of the Final was the end for him. 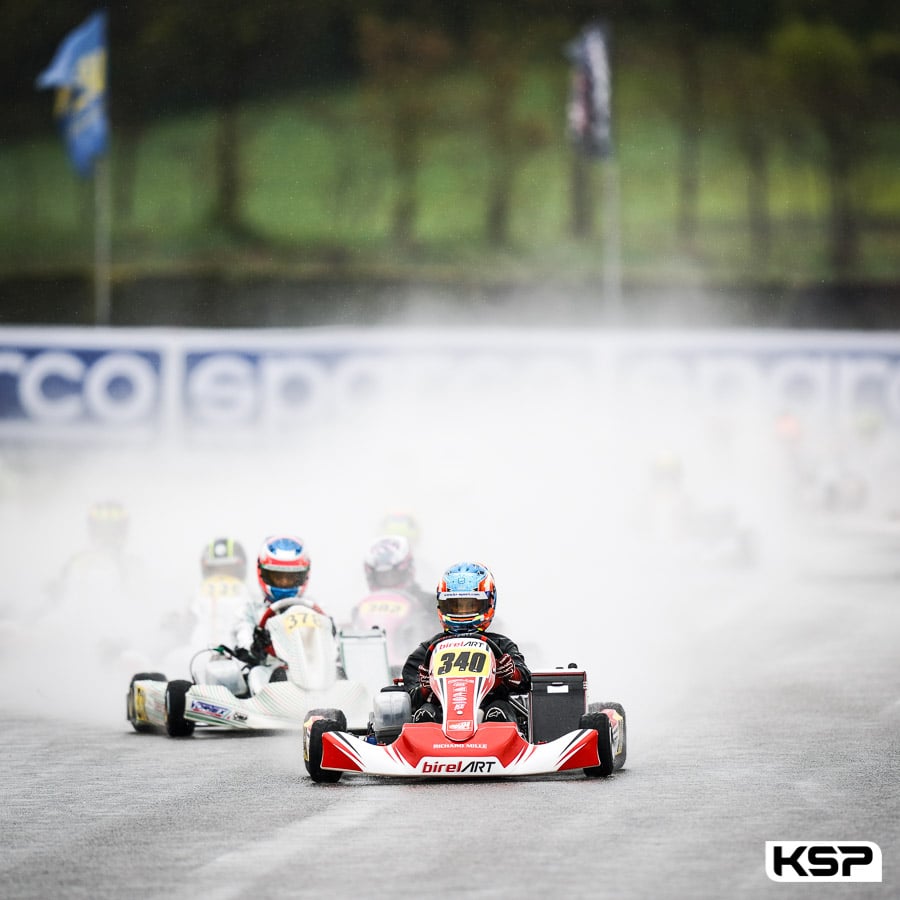 The arrival of British driver William Macintyre in the OK-Junior class was beneficial for Birel ART Racing. With the fastest time of his group, he won two of his heats and was in 2nd place on Saturday evening. Slightly less at ease on the wet track, he nevertheless finished 3rd in the Prefinal and was 8th in the Final with a loose spoiler. He returned to the top five of the Championship. After his 55th Qualifying time, Mattéo Spirgel as usual started a big comeback that led him to 4th place in his Prefinal and to 14th in the Final despite a penalty. Thijs Keeren made up for his lost time in the rainy Final stages to reach 24th position, a total progression of 45 places during the weekend. 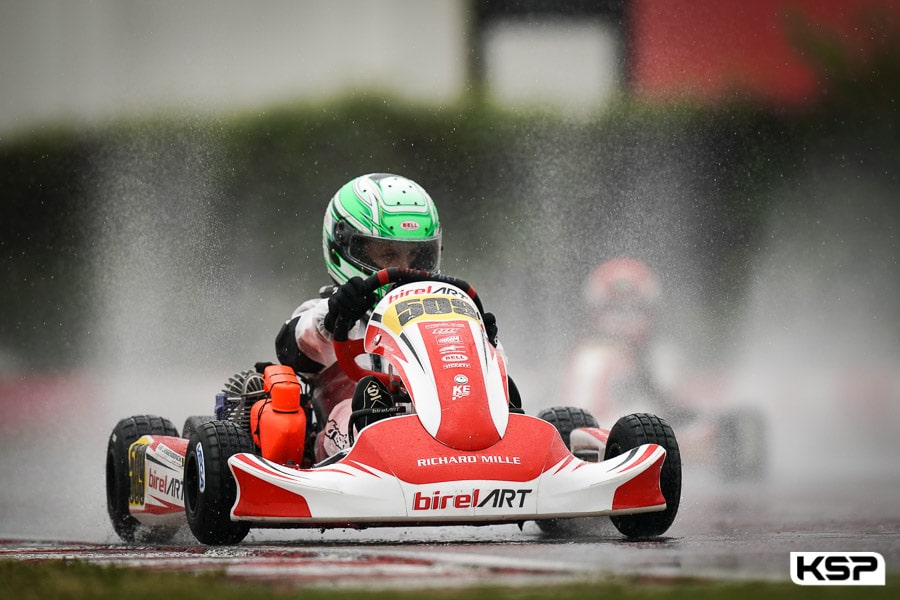 Dries Van Langendonck was once again the star of the hotly contested Mini category. Well coached by Alessandro Manetti, he finished 5th on Saturday evening after some good heats, took 2nd place in his Prefinal and finished 4th in the Final, a position he also holds in the Championship. 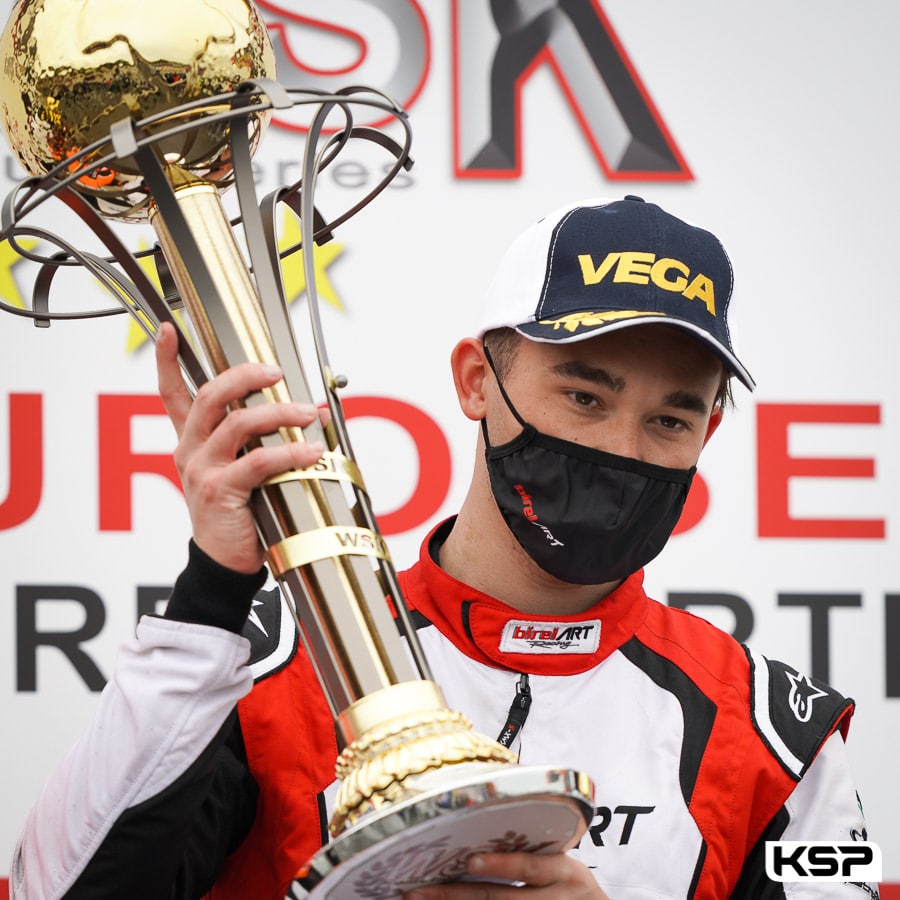 The whole Birel ART Racing team will return to the Lonato circuit in a fortnight for the conclusion of the WSK Super Master Series.

Parolin back to winning ways in Lonato

Superb victory for Kremers in Sarno

The 2021 season starts in Adria