Lédenon is one of the circuits regularly used by the FFSA Academy and the French F4 Championship. After the Spa Francorchamps event, the positions were tightened in the standings, suggesting intense duels on the Gard track. 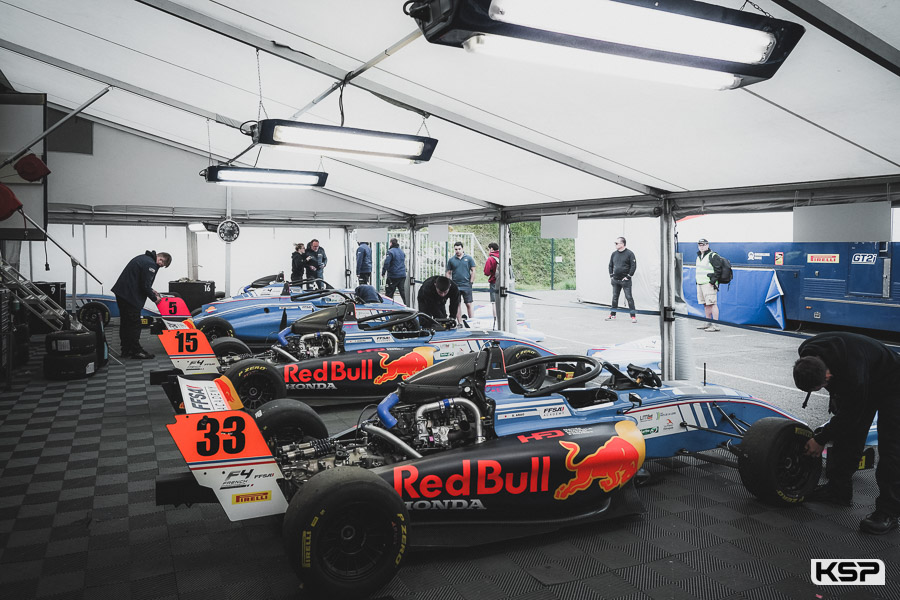 After Spa Francorchamps, another hilly circuit awaits the academicians. However over its 3150 metre length, Lédenon offers very different characteristics for the 24 entered drivers to tame to shine in the south of France. In this fifth round of the seven-round 2022 season, some young hopefuls have already had the opportunity to race in F4 at Lédenon in 2021. Among them, Australian Hugh Barter still appears to be the man to beat. However, his lead has been reduced to 21 points over Souta Arao, one of the Japanese drivers trained at the Suzuka Racing School and supported by Red Bull.

Giusti and Vayron in search of victory

Two other drivers remain in the running for the title. Their names are Alessandro Giusti and Elliott Vayron. Both of them have shone with their consistency since the beginning of the season by climbing on the podium several times, but not yet on the highest step. Enzo Peugeot, who had an excellent meeting in Belgium and won, has climbed back up to 5th in the provisional Championship standings and will be looking to confirm this. Japan’s Yuto Nomura has no shortage of panache and remains a contender for victory at every race, but his enthusiasm has sometimes caused him to lose precious points in the overall standings.

Colombian Jeronimo Berrio is one of the drivers who has made the most progress since the launch of the F4 Academy at Nogaro during the Easter Cup. He is now 7th in the Championship ahead of Swiss driver Dario Cabanelas, who is always ready to seize the opportunity to climb onto the podium, as was the case in May in the streets of Pau.

Last year in Lédenon, Pierre-Alexandre Provost won his first F4 race. He will try to repeat this performance, but not only in Race 2 where the start is given according to the ranking of the main Qualifying session, but in the reverse order for the top 10. There are still many contenders for the podium in this FIA-certified Championship, which remains a perfect springboard to the upper echelons of motorsport. Romain Andriolo, the Belgian Lorens Lecretua, Enzo Geraci, Louis Pelet, Edgar Pierre and the German Max Reis are all capable of challenging the best.

The Qualifying session remains a key element of a F4 meeting, with the fastest time of each driver giving the position on the grid for Race 1 and the second fastest time the position on the grid for Race 3. This is the stage that many young drivers need to pass to increase their points total. The Ecuadorian Mateo Villagomez, Pablo Sarrazin, the Panamanian Valentino Mini, the Indian Amir Sayed, the Andorran Pol Lopez Guttierez, Leny Réveillère, Antoine Fernande and Enzo Richer are involved.