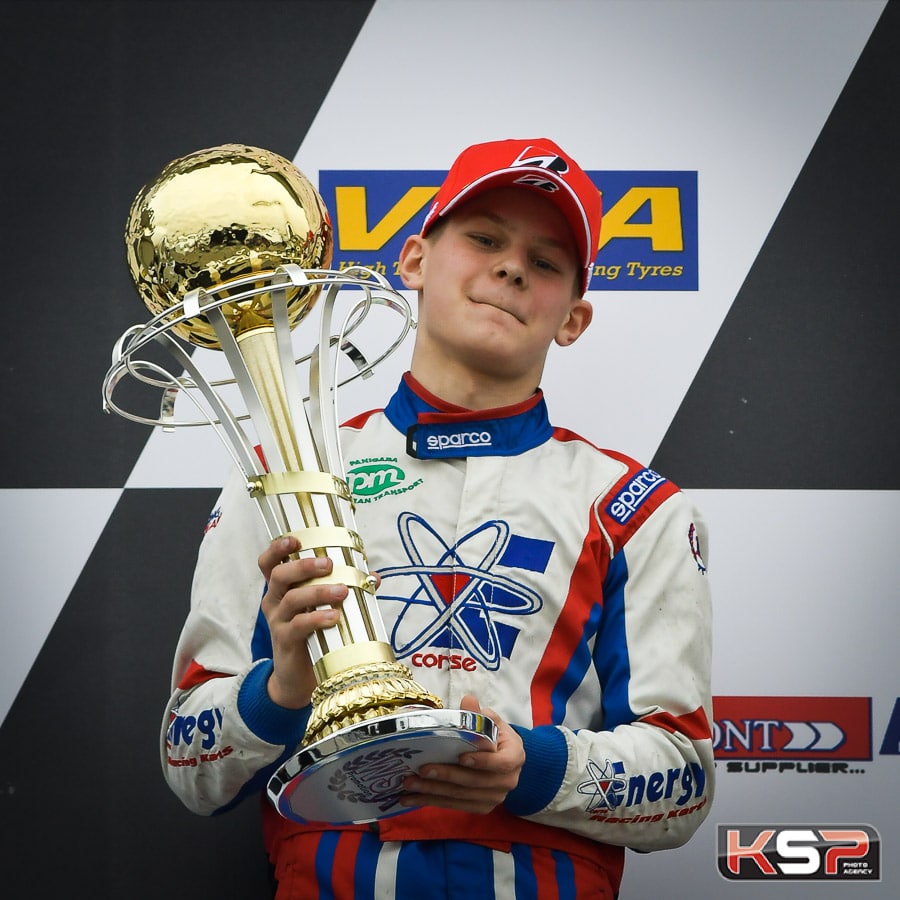 After a 2019 filled with many victories, the official Energy Corse team lined up a group of nine very promising young drivers at the WSK Champions Cup in Adria, which marked the opening of the 2020 international season for the OK, OK-Junior and 60 Mini categories. In the wet as well as in the dry, Energy Corse undeniably put itself in the spotlight during the three days of racing. A new recruit for 2020, the Russian Kirill Smal impressed on his debut with the Italian team, rising to 2nd in the Final in OK!

Reading the list of WSK Champions Cup entrants revealed a strong vote in favour of Energy Corse, which was the fourth best-represented chassis at Adria, ahead of several other major brands. Thanks to rigorous winter preparation, the team led by Mick Panigada showed a high level of performance from the very start, with the support of its skilled technical team, the TM Racing brand and its expert engine tuners. 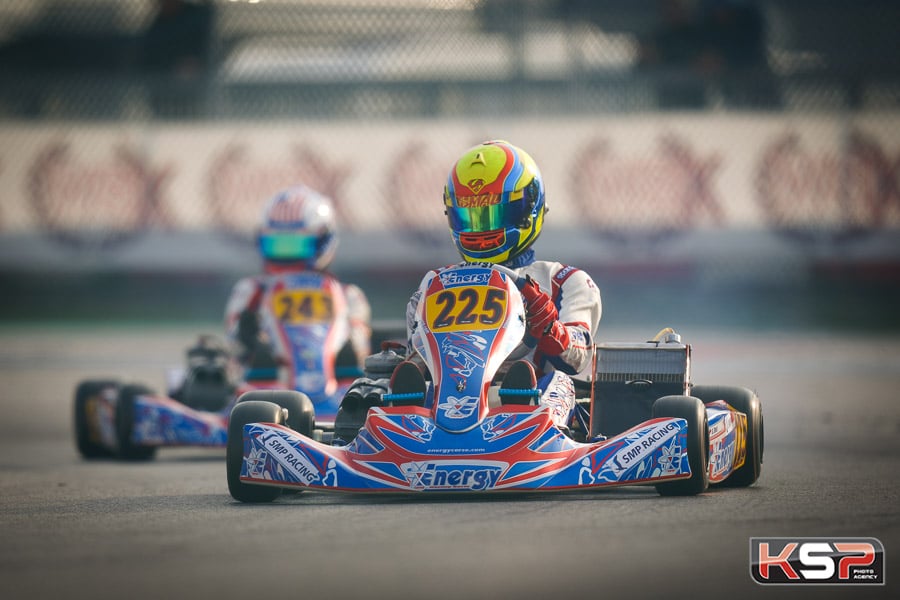 The American Enzo Scionti, along with Russians Maksim Soldatov and Kirill Smal, formed a formidable squad in this particularly difficult category. The latter two were in the top 10 in the Timed Qualifying session. Smal was unlucky in one heat, but managed to win afterwards and confirmed it with a magnificent Final phase. Kirill Smal came back to 8th position on the grid for the Final, but he kept on gaining positions to finally climb to the second step of the podium! Locked in the middle of the pack, Maksim Soldatov experienced a more difficult Final and could only save 18th place. Still a Junior in 2019, the young Russian has good progress ahead of him. 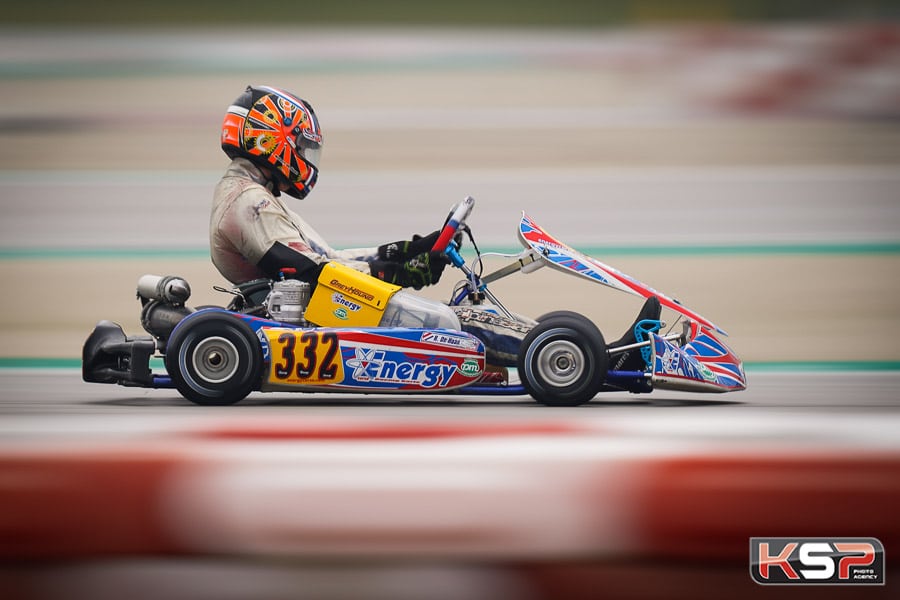 OK-Junior: De Haan on the pace

As was already the case last year with the Energy Corse team, Robert De Haan was particularly competitive. He had a superb run in the heats with 4th, 1st, 4th and 7th positions. Alas, the Dutchman was penalised for his spoiler in the Prefinal and dropped out in the Final after only four laps after moving up from 16th to 7th place!

As for the young Alex Powell, he could congratulate himself for having made it to the Finals. The Jamaican had just started his strong progress when a racing incident forced him to retire. Leonardo Megna, with his Energy chassis from the ASD Revolution Motorsport team, finished 23rd. 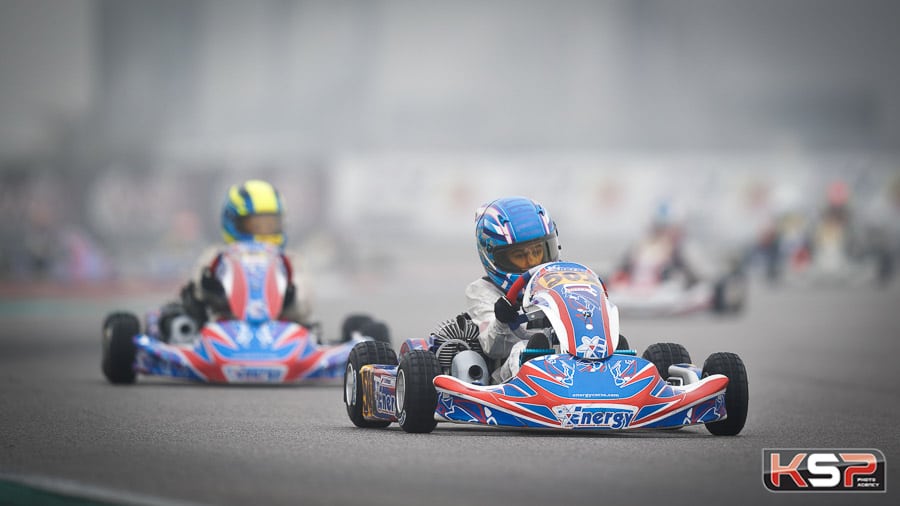 With the four Russians, Dmitry Matveev, Yaroslav Trukhin, German Foteev and Kirill Dzitiev, the Energy Corse team looked good in Mini. After Qualifying, the numerous Qualifying Heats and the particularly hard-fought Prefinals, these four drivers achieved a great feat when they all won their tickets for the Final in this category with 75 entries.

Winner of his Prefinal in front of his team-mate Foteev, Matveev unfortunately got locked up at the start of the Final. He managed to regain places afterwards, but could do no better than 4th. Dzitiev finished 12th after a gain of four places. Foteev, who finished 8th under the chequered flag, was penalised for a dropped spoiler and dropped back to 18th position in front of another Energy chassis, that of the Estonian Mark Dubnitski (Dan Holland Racing team). Trukhin was forced to retire when he was 8th on the first lap. The Norwegian Marcus Saeter (ASD Revolution Motorsport) moved up from 28th to 10th place.

Members of the 2020 Energy Corse team

Victory at Adria in the European season opener

Another successful year for Energy Corse

Energy Corse continues its presence at the major international events

Another world podium for Energy Corse!

Energy Corse: winner and leader of the KZ2 European Championship

Masterful double for Energy Corse at the Winter Cup