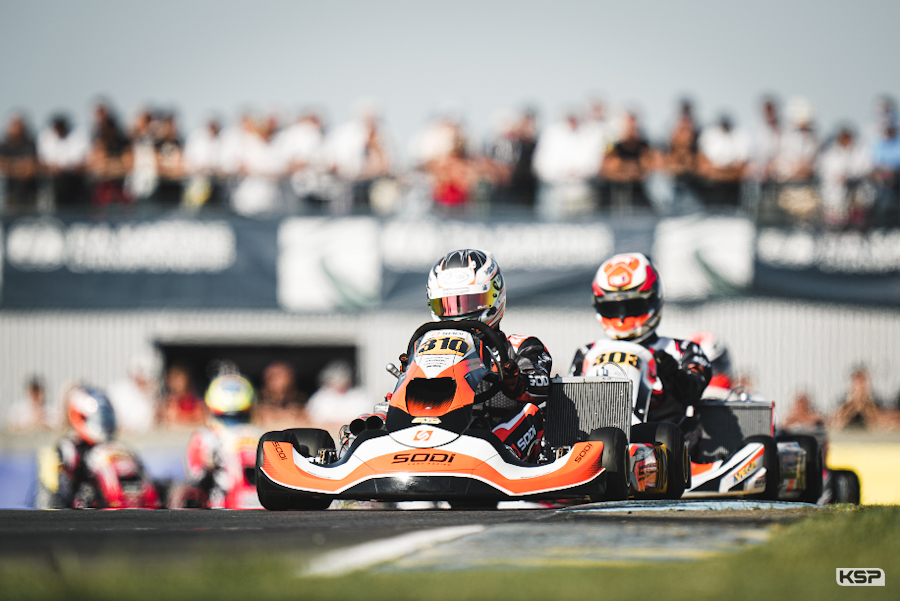 On Sunday morning, the sun heated up the track in Le Mans for the Super Heats of the FIA Karting International Masters Cup – KZ2.

Thomas Letailleur (Sodi/TM) got the better of Jeroen Bos (Birel ART/TM) on the first lap of Super Heat A. Mirko Mizzoni (Italcorse/TM) was 3rd, while Nick de Bruijn (Falcon/Iame) was 8th and Davide Fore’ (Birel ART/TM) was 9th. Paul David (Birel ART/TM) was 5th behind Riccardo Nalon (Parolin/TM). Fore’ passed David in 4th place on the 11th of the 15 laps. Letailleur was leading the race and had managed to pull away from Bos by more than a second. Nalon put up a strong fight against Fore’. Letailleur won 2” ahead of Bos, Nalon kept his 3rd place, Fore’ finished 4th and David 5th. 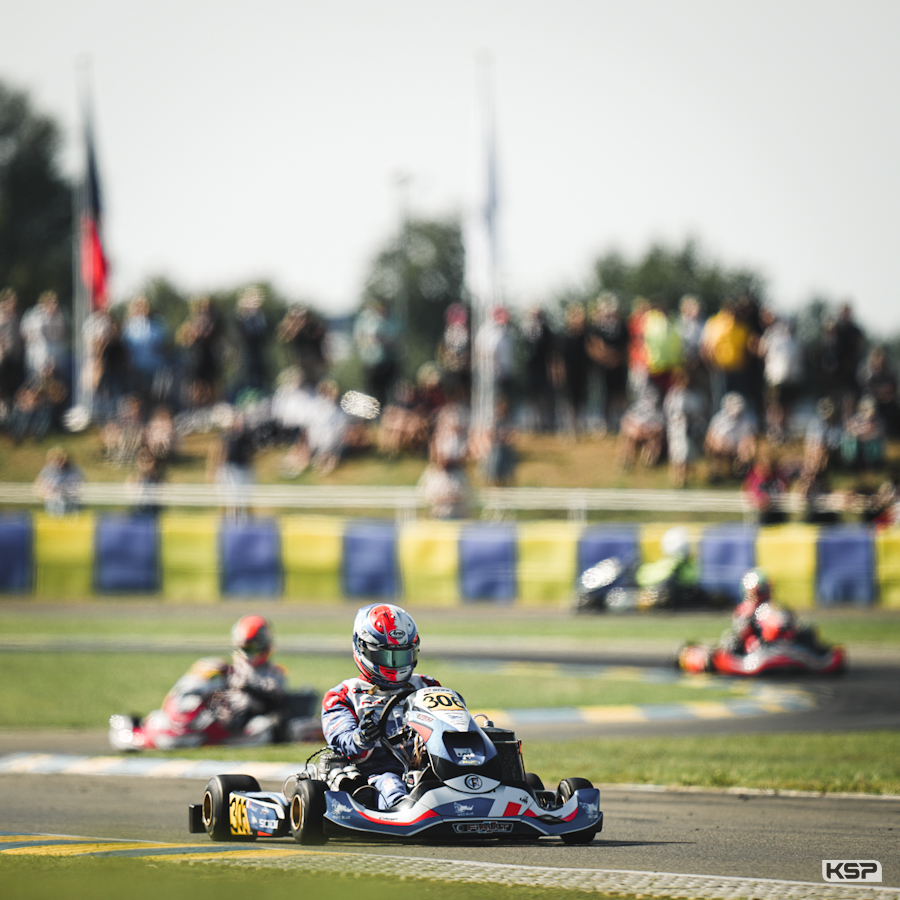 Sebastiano De Matteo (Sodi/TM) got off to the best start in Super Heat B, but Charles Fiault (Sodi/TM) took over the lead on the second lap. Eric Ramon (Sodi/TM) was 3rd ahead of Johan Renaux (Redspeed/TM). Brice De Gaye (Sodi/TM) was back in 5th place ahead of Arnaud Roséo (Alpha/TM). Adam Maatougui (CRG/TM) was very fast and had made up seven places to 8th place. Fiault took the lead in the race. Renaux reached 2nd place in front of De Matteo at mid-race and Ramon followed him in 3rd position. De Gaye in turn moved up to 4th place. Fiault managed perfectly the last laps to take the lead by almost a second in front of Renaux, Ramon 3rd, De Gaye 4th and De Matteo 5th.

Fiault took the lead of the classification in front of Letailleur and Bos, Renaux and Ramon in the top five.