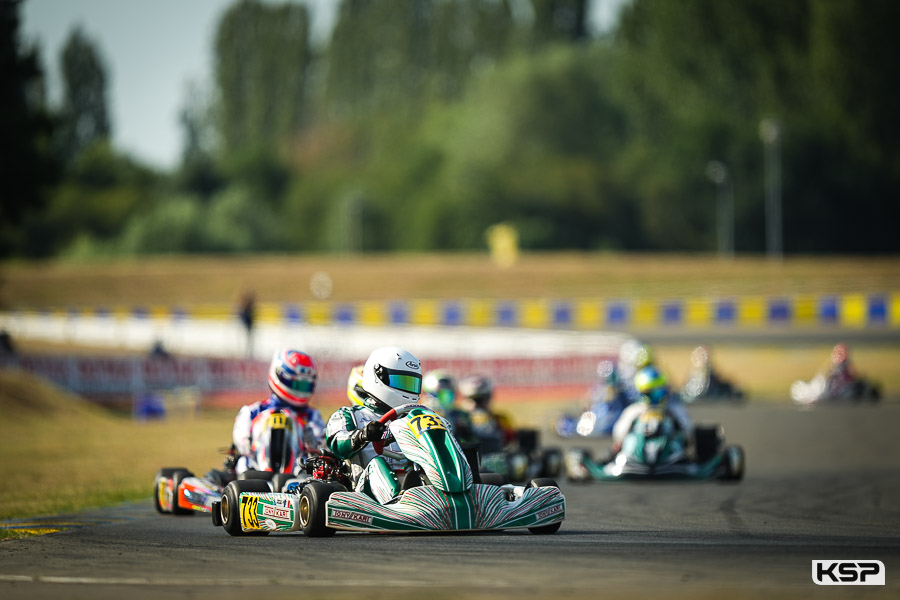 Vivien Cussac-Picot (Tony Kart/Rotax) finished the first lap of the DD2 Masters Prefinal of the RMCIT in the lead. Olivier Paris (LN/Rotax) followed in 2nd position in front of Primoz Matelic (Praga/Rotax), soon replaced by Paul Louveau (Redspeed/Rotax), followed by Romain Mangé (LN/Rotax), that is to say four Frenchmen in the top four. Cussac-Picot took advantage of the battle between Paris and Louveau to take a half second lead. Louveau was 2nd on the sixth lap. Mangé also passed Paris on the next lap, which marked the halfway point. Louveau attacked to get back to the leader Cussac-Picot, Paris recovered the 3rd position against Mangé. The leading trio had distanced themselves from the pack. Cussac-Picot won in front of Louveau and Paris. Mangé took 4th place ahead of Rafael Moro (Birel ART/Rotax). Matelic finished 7th ahead of Martynas Tankevicius (Birel ART/Rotax) who moved up 10 places with the help of his lightly used tyres.

DD2: Barbaroux secures another victory in the Prefinal