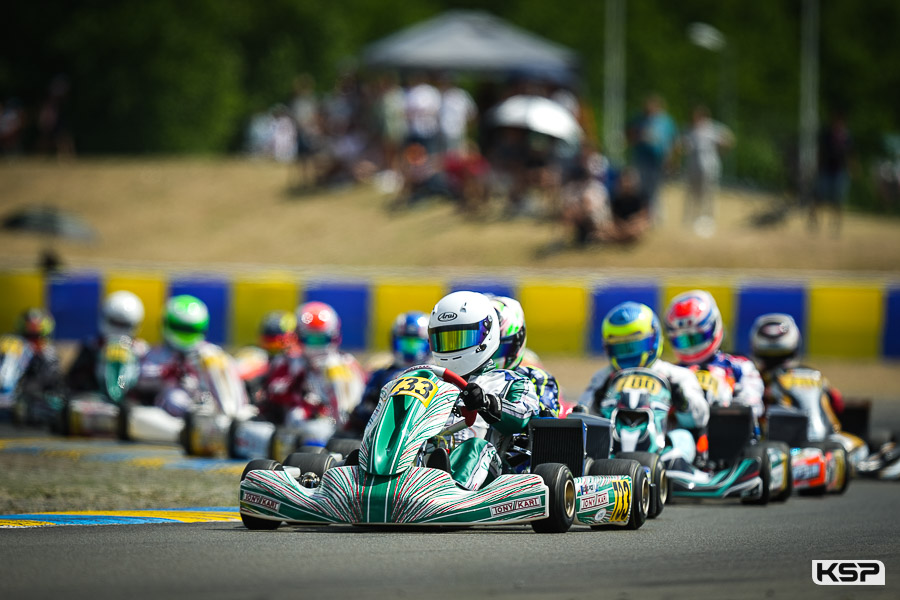 The expected duel for the DD2 Masters Final of the RMCIT between Vivien Cussac-Picot (Tony Kart/Rotax) who had won everything until then and Paul Louveau (Redspeed/Rotax) who was at the bottom of the Timed Qualifying grid did not take place. Romain Mangé (LN/Rotax) attacked right away and took the lead in front of Cussac-Picot on the first lap. After an incident, Louveau was 7th. Primoz Matelic (Praga/Rotax) was 3rd and Carl Cleirbaut (KR/Rotax) 4th. Cussac-Picot took the lead again on the third lap, followed by Matelic. Mangé regained 2nd place shortly after, but the leader had taken a 6 tenths lead. Cussac-Picot reacted to the threat of Mangé who was now 4 tenths behind. Martynas Tankevicius (Birel ART/Rotax) gave up after a collision and Louveau came back into the top five. The leader increased the gap lap after lap. Mangé tried to get closer to the lead while controlling Matelic who was pushing in his wake. Cussac-Picot concluded a faultless race with the Final victory, 7 tenths ahead of Mangé, who drove a superb race. Matelic released the pressure at the end of the race to secure the podium. Cleirbaut finished 4th and Louveau 5th. The 12th position of Patrick Sarrailh (Birel ART/Rotax), 67 years old, is to be commended.