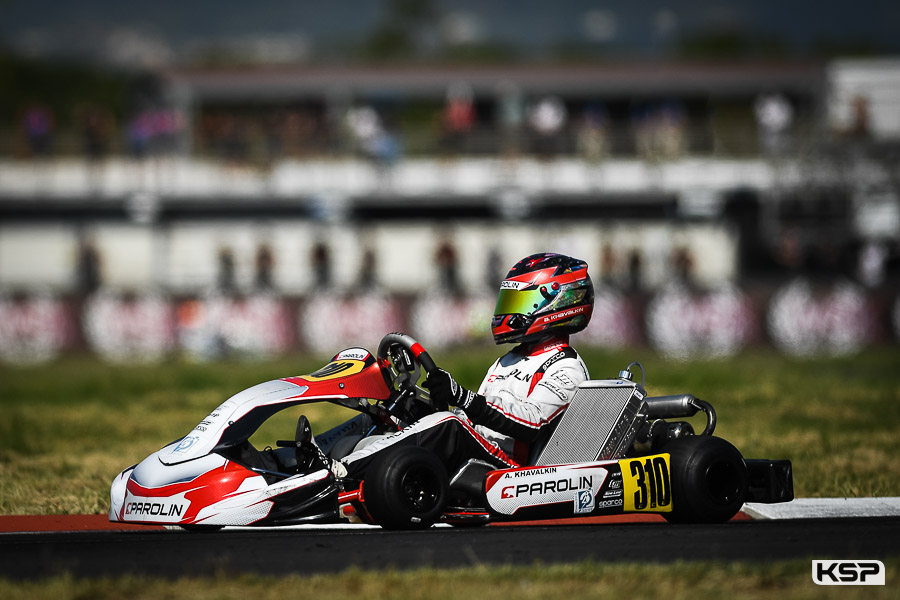 83 OK-Junior drivers took part in the Qualifying Practice for the second round of the WSK Euro Series in the heat of Sarno.

Minetto was in the lead on the second lap of the first session, but Anatholy Khavalkin (Parolin/TM) led on the third lap ahead of Andres Cardenas (Energy/TM). Khavalkin improved on lap 4 ahead of Maciej Gladysz (LN/Vortex) and Tiziano Monza (KR/Iame). Khavalkin remained in the lead with a time of 56’390, 57 thousandths ahead of Gladysz and Monza. 12 drivers, including Monza, were not classified for not respecting the time limit for joining the track. Enzo Nienkotter (CRG/TM) took 3rd place. Arthur Dorison finished 14th ahead of Andrea Dupe (Sodi/TM).

Jimmy Helias (Tony Kart/Vortex) was in the lead of the third session in front of Simon Reichenmacher (KR/Iame). Guillaume Bouzar (Tony Kart/Vortex) took over from him on lap 5 ahead of Zac Drummond (Parolin/TM). But Reichenmacher finished with a 56’440 against Bouzar and Niklas Schaufler (KR/Iame). Maxens Verbrugge (KR/Iame) was 4th ahead of Drummond and Helias. Nathan Tye (Sodi/TM) was 7th.