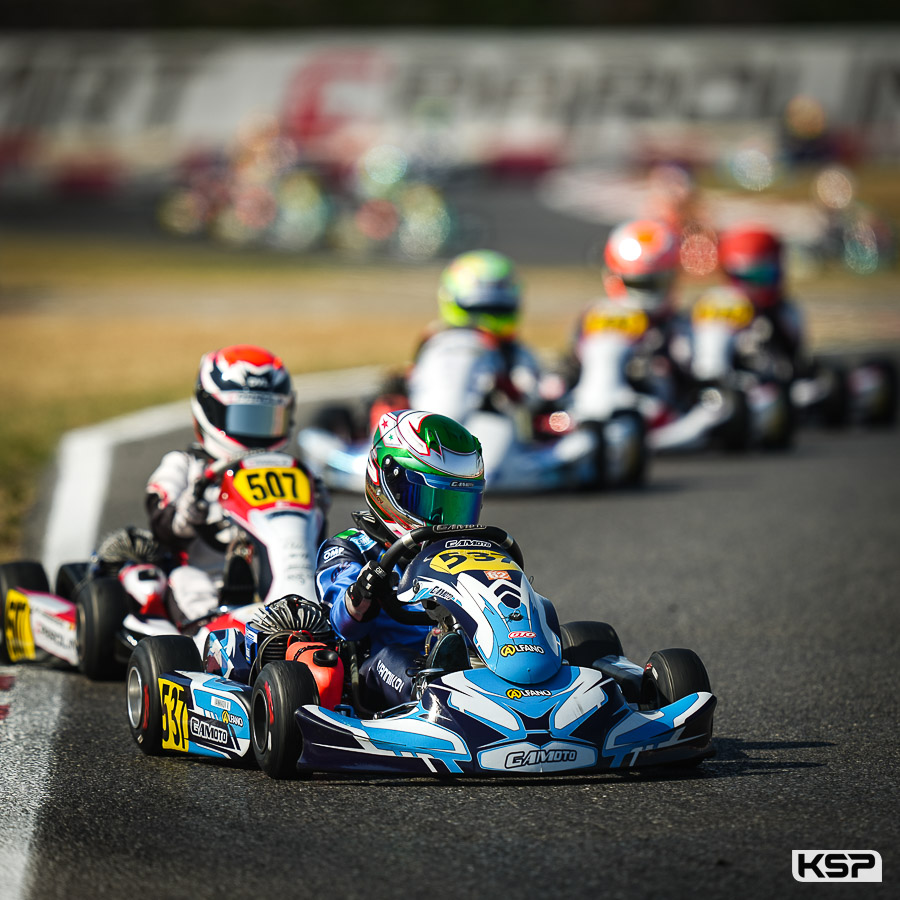 The 110 Mini drivers of the WSK Euro Series have contested 21 heats in the heat of Lonato since Friday afternoon. Vladimir Ivannikov (EKS/TM) did well to maintain his domination until the end. Six times winner, he achieved the perfect score against valiant opponents like Dean Hoogendoorn (Alonso Kart/Iame), a five times winner. Filippo Pancotti (Parolin/Iame) was 3rd ahead of Dries van Langendonck (Parolin/TM) and Roman Kamyab (Parolin/Iame). Cristian Costoya (Parolin/TM) was back in 6th place, followed by Iacopo Martinese (Parolin/Iame) who came back from 19th place and Olivier Palocko (Parolin/Iame). Poleman Iskender Zulfikari (KR/Iame) had encountered difficulties in his fourth heat and was 11th. Louis Cochet (Parolin/Iame) gained ground in 18th position, William Calleja (Parolin/TM) dropped back to 20th after two difficult heats and Alessandro Truchot (Parolin/TM) remained in 26th.

Lindblom continues to lead OK-Junior in the WSK Euro Series