Lindblom continues to lead OK-Junior in the WSK Euro Series 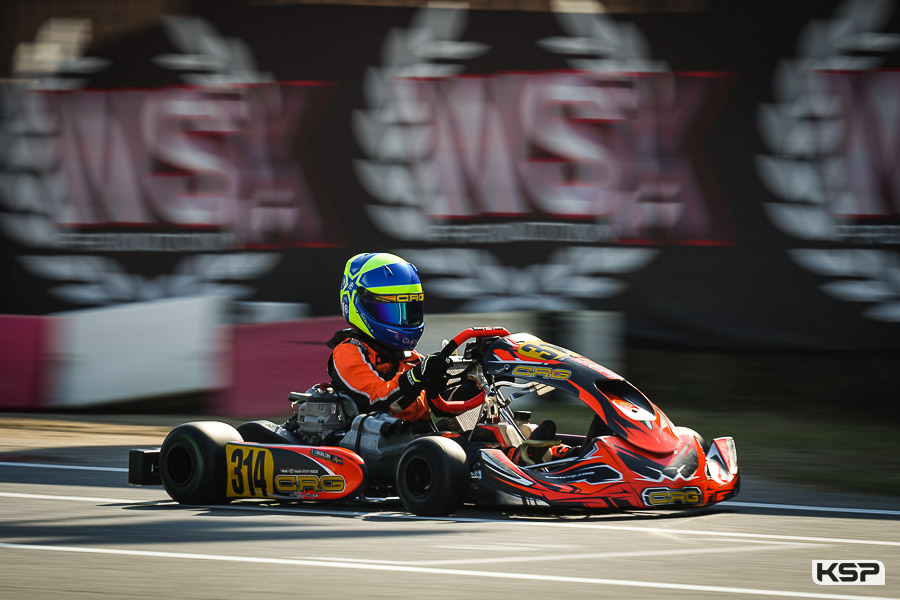 The 15 Qualifying Heats of the WSK Euro Series took place in increasingly hot weather in Lonato. Scott Lindblom (CRG/TM) maintained his lead with two wins and three 2nd places. Behind him, Rene Lammers (Parolin/TM) made a spectacular comeback from 20th place, with three wins. Jan Przyrowski (Tony Kart/Vortex) had a similar performance from 19th to 3rd place with the same number of wins. Lewis Wherrell (Exprit/TM) and Luviwe Sambulda (KR/Iame) completed the top five. William Go (Exprit/TM) climbed from 25th to 7th place ahead of David Cosma Cristofor (LN/Vortex) who confirmed his excellent standard on his debut. Anatholy Khavalkin (Parolin/TM) had lost ground in the first heat due to a penalty and was 11th. Kirill Kutskov (Birel ART/TM) was the fastest driver, moving up from 62nd to 14th place, while Zac Drummond (Parolin/TM) moved up from 54th to 21st. Enzo Tarnvanichkul (Tony Kart/Vortex) remained 24th and Jimmy Helias (Tony Kart/Vortex) 30th, while Dmitry Matveev (Tony Kart/Vortex) moved up 34 places to 26th. Andrea Dupe (Sodi/TM) suffered three retirements and fell to 52nd.