The excitement in the Rotax MAX Challenge Euro Trophy is rising. This upcoming weekend, the Austrian engine manufacturer’s international championship will herald the second half of the season. More than 160 drivers will gather at Karting Des Fagnes in Mariembourg, Belgium. 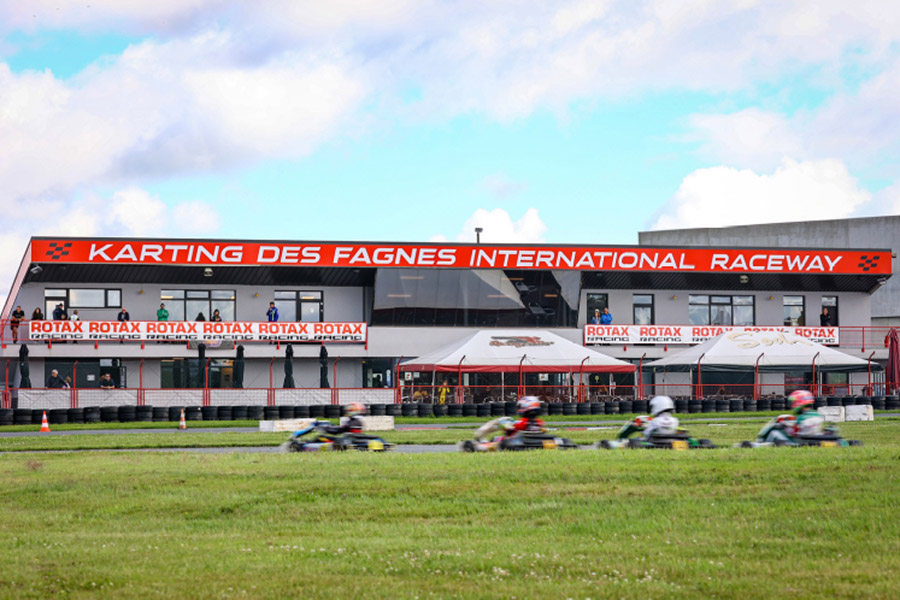 On the track 160km west of the traditional Circuit of Spa-Francorchamps, the organizers expect exciting racing action as they head into the home straight of the top class racing series.

The Rotax MAX Challenge Euro Trophy racing season is progressing at a rapid pace. After the season opener in Genk, Belgium, and the race premiere for the second round in Val d’Argenton, France, the third stop on the calendar is shaping up to be another competitive weekend for the international line-up. The 1,366-meter-long course in Mariembourg is set to provide the optimum conditions on its series debut too. Full starting fields promise there’ll be a lot of excitement for the start of the second half of the racing year.

Boaz Maximov (Bouvin Power) starts the Rotax Mini MAX with a clear points cushion. To date, the Dutch driver has been able to take victory in three out of four races and is therefore also considered the favorite ahead of Paul Schoen (MH Racing). In Junior MAX, Ethan Jeff-Hall (Strawberry Racing) showed a similarly good performance during the first two events of the year. The British driver also recorded three race wins to his name and is now the championship leader ahead of Scott Marsh (Dan Holland Racing).

The field of Rotax seniors is much closer together. Kai Rillaerts (JJ Racing) currently occupies the top spot in the standings – but over the course of the season, the Belgian driver did not present himself alone at the top. Sean Butcher (KR Sport) also trumped with an impressive performance at the season opener in Genk and is currently only two points behind the JJ Racing protégé.

In the DD2 classification, Mark Kimber (Strawberry Racing) has so far been convincing all along the line. After good performances in Genk and Val d’Argenton, the English driver is clearly ahead of Petr Bezl (KSCA Sodi Europe). Denis Thum (Kraft Motorsport) has also held his own in DD2 Masters with clear title ambitions so far and is naturally considered one of the favorites in Mariembourg.

It will be particularly exciting in the Rotax Project E20 categories on the challenging course in Belgium. The electric kart classifications will be finalised this weekend as the first decisions of the RMC Euro Trophy determine this year’s champions. Thijs Stevens starts in the E20 Juniors as series number one after winning both previous rounds. In the E20 seniors, Luca Koester (Kraft Motorsport) is the leader of the overall standings as well. Both class drivers were awarded the Rotax Project E20 ‘arrive and drive’ race package for their prior RMCET event victories.

From home, the roar of the engines in Mariembourg can be followed online at www.rotaxmaxchallenge-eurotrophy.com from Friday afternoon with live timing and livestream coverage from Saturday morning. The final two races of the best drivers on Sunday will be the highlight of the race weekend.

The Rotax Global app provides all RMCET information and the direct link to live coverage from Belgium. It is available to download for free in the App Store as well as on Google Play.

French pole position thanks to Helias in OK-Junior at Franciacorta