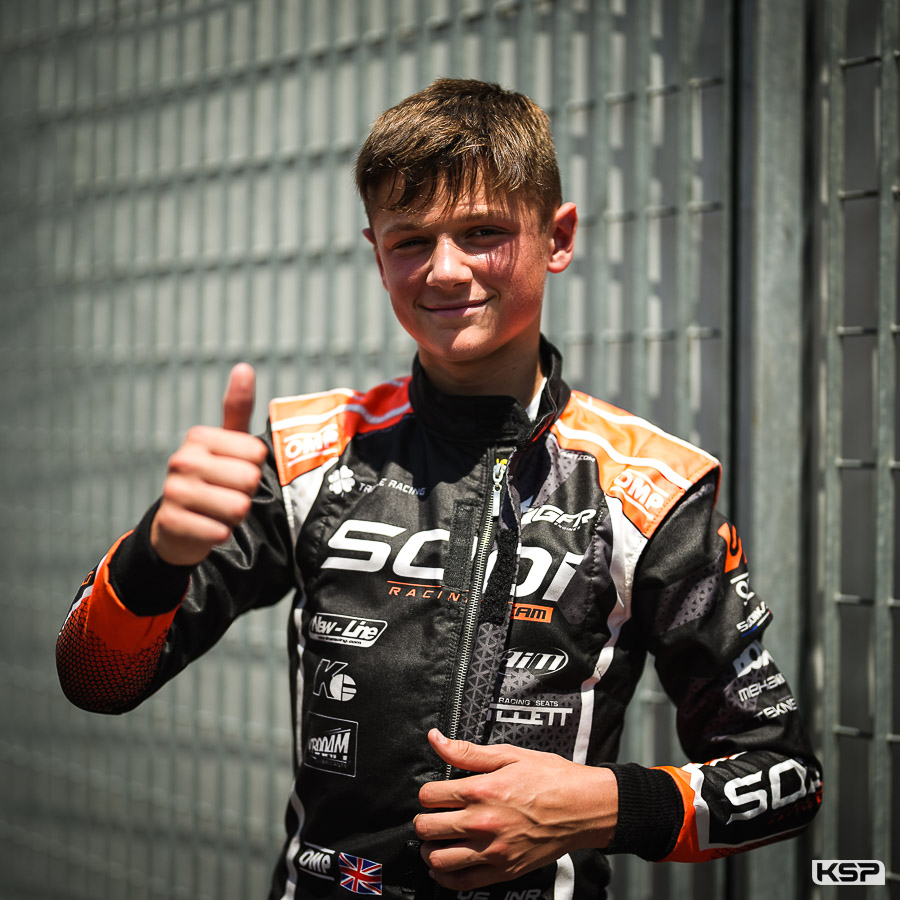 The weather was fine with scattered clouds and 25 degrees in Franciacorta on Friday lunchtime for the Qualifying Practice of the 78 OK-Junior for the fourth round of the Champions of the Future Euro Series. Two laps were counted.