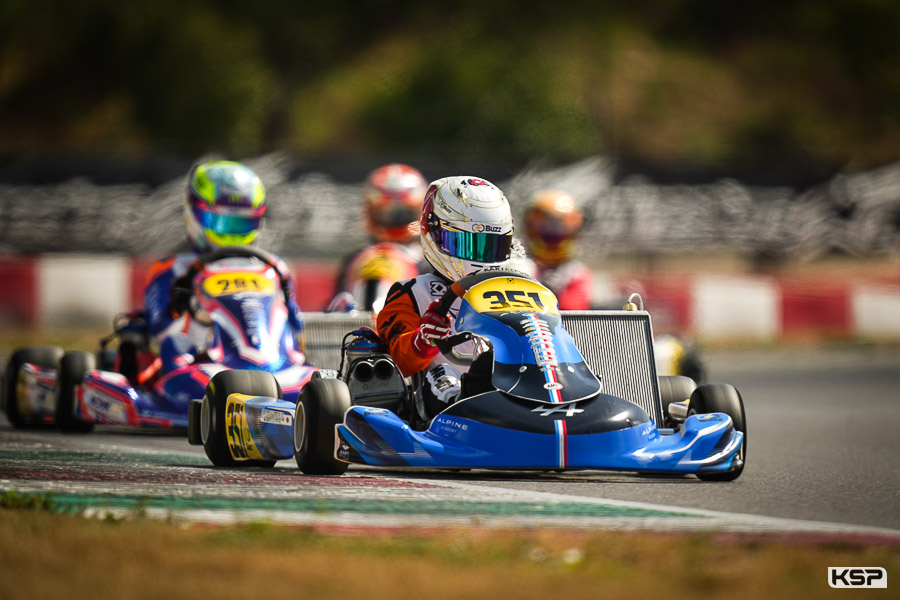 60 OK drivers took to the track in Franciacorta for the Qualifying Practice of the fourth round of the Champions of the Future Euro Series. The weather was fine and slightly cloudy, with a temperature of 25°, but feeling like more. The fastest times were generally achieved after four or five laps.

Session 3: Turney – 47”329
The track seemed to continue to be less favourable until the third round, as Joe Turney (Tony Kart/Vortex) was the fastest with a time of 47”329. Nacho Tunon (KR/Iame) was 2nd at 79 thousandths and Enea Frey (KR/TM) 3rd at 9.146”. Maksim Orlov (Parolin/TM) was 4th ahead of Caspian Hagman (Tony Kart/Vortex). Enzo Deligny (Parolin/TM) was fast on the first lap but had to settle for 6th place.