Coluccio takes the lead in the OK intermediate standings 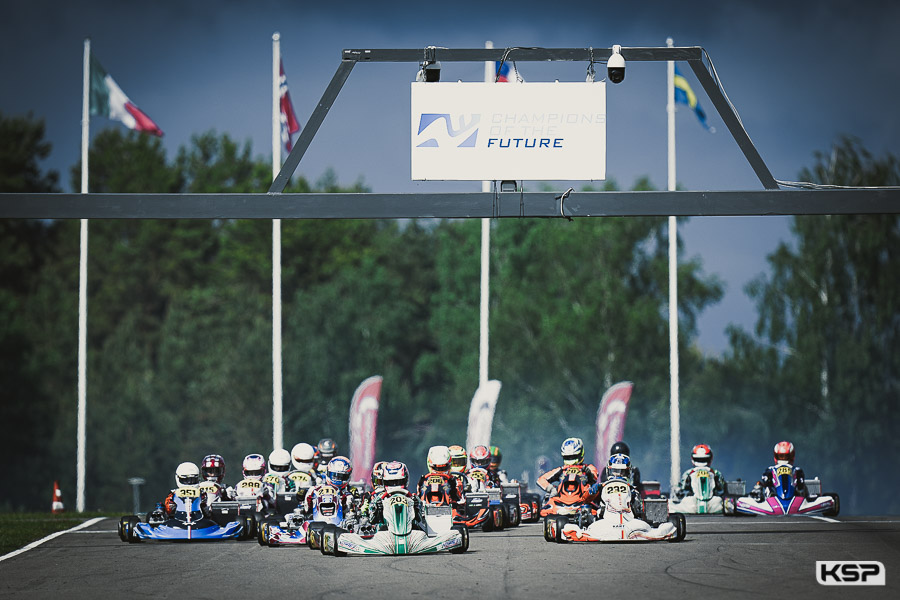 The intermittent rain in Kristianstad on Saturday meant that the grip varied a lot during the Qualifying Heats of the third round of the Champions of the Future Euro Series.

Delayed in one heat on the track and then by a penalty for a dropped spoiler, poleman Arthur Rogeon (KR/Iame) dropped to 4th on Saturday night despite his impressive four heat wins. Luigi Coluccio (Tony Kart/Vortex) took the lead with two wins to Evan Giltaire’s (KR/Iame) three. Yuanpu Cui (KR/Iame) had moved up from 9th to 3rd and Matheus Morgatto (KR/Iame) was back in the top five ahead of Freddie Slater (LN/Vortex) and Alex Powell (KR/Iame), who was more consistent than dominant. In 9th place Lorenzo Travisanutto (Parolin/TM) had moved up 26 places, followed by Malo Bolliet (KR/Iame) +9 places, Maksim Orlov (Parolin/TM) was also 26 places better off in 19th position and Enzo Deligny (Parolin/TM) remained 23rd. Joe Turney (Tony Kart/Vortex) was 25 places back in 28th.