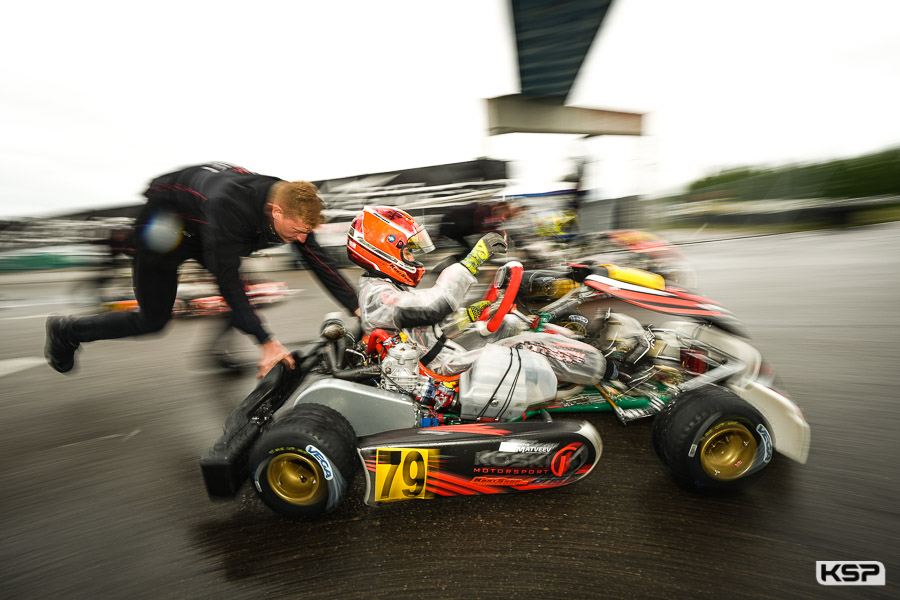 The Kristianstad track was wet for a long time on Saturday for the Qualifying Heats of the third round of the Euro Series Champions of the Future, with grip changing from one race to the next.

Coluccio takes the lead in the OK intermediate standings