Home News International Event Champions of the Future: postponement of the 1st event 2021

Champions of the Future: postponement of the 1st event 2021 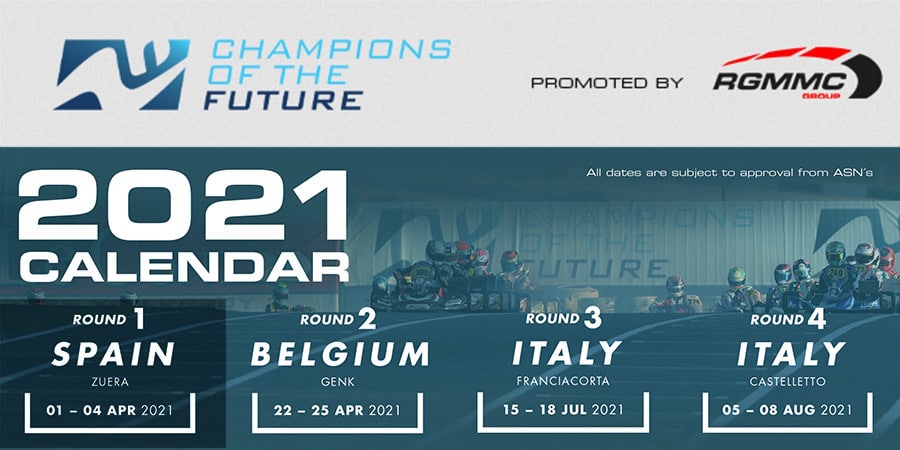 RGMMC has just announced the postponement of the first race of its Champions of the Future series that was supposed to take place in Spain on the circuit of Zuera from the 1st to the 4th of April. More precise information will be given shortly, but it remains to be seen whether these problems could also affect the 1st round of the FIA Karting European Championship OK & Junior scheduled two weeks later on the same circuit.

Champions of the Future: 2021 dates and tracks