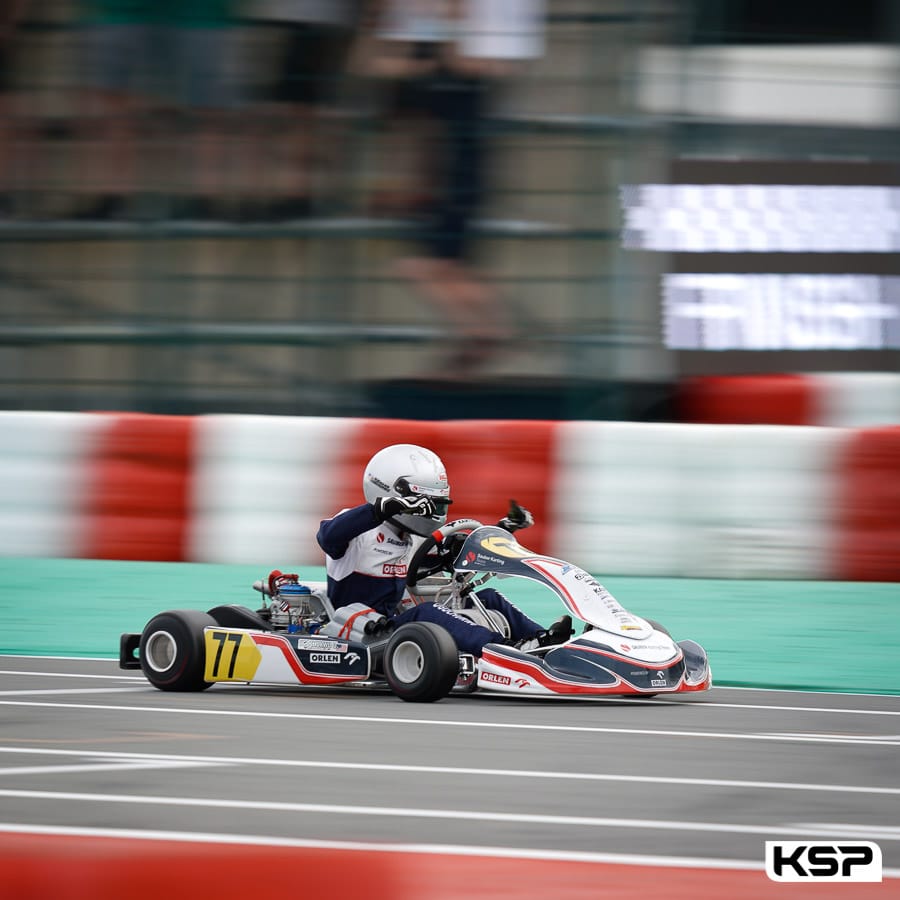 The Champions of the Future OK-Junior Final at Portimao started with Ugo Ugochukwu (KR/Iame) and Rashid Al Dhaheri (Parolin/TM) on the first row in front of Tymoteusz Kucharczyk (RK/TM) and Arvid Lindblad (KR/Iame). The weather was overcast, but the temperature was around 23°.

Lindblad immediately followed Ugochukwu, followed by Freddie Slater (Kosmic/Vortex), then Al Dhaheri and Kucharczyk. Evan Giltaire (Sodi/TM) was 6th behind Ho but Slater dropped back to 7th. Lindblad attacked Ugochukwu who responded to stay in the lead. Lindblad was then 3rd behind Al Dhaheri. Christian Ho (KR/Iame) was back in 3rd position in front of Kucharczyk who also passed Lindblad. Giltaire fought hard against Slater and Rintaro Sato (Kosmic/Vortex), but both RFM drivers were faster. The Frenchman didn’t give up and passed Slater again.

Ugochukwu had escaped far ahead of the group of four drivers in the middle of the battle for 2nd place: Al Dhaheri, Ho, Lindblad and Kucharczyk. Kucharczyk lost ground, Slater attacked Giltaire again, Ho attacked Al Dhaheri to take 2nd place, but the latter responded. Ugochukwu took the win with a lead of more than 3,7”. Al Dhaheri took 2nd place in a tough battle against Ho, Sato finished 4th and Slater 5th. Kucharczyk was 6th in front of Giltaire. Arthur Rogeon (Exprit/Vortex) finished 21st and Macéo Capietto (Kosmic/Vortex) 22nd. 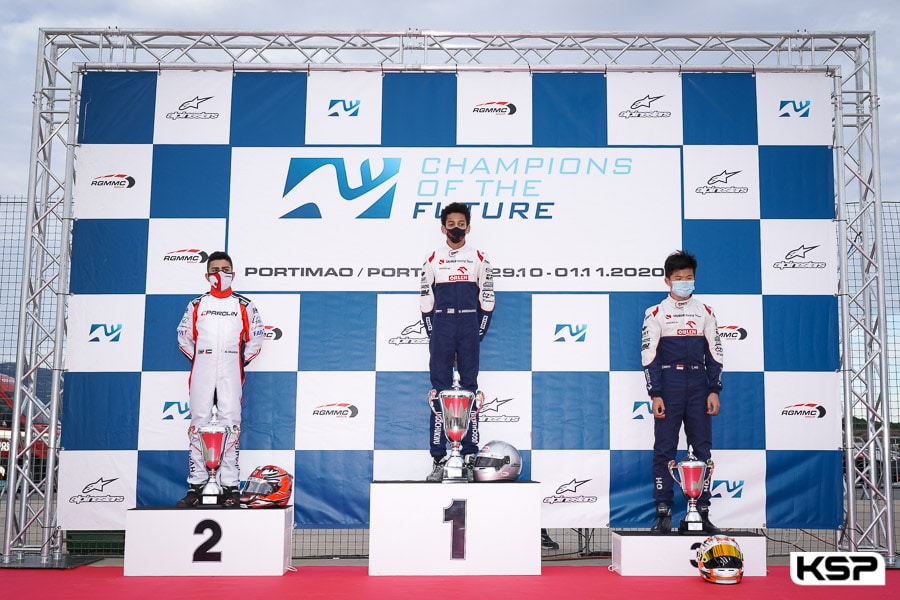