Trefilov leads in the KZ2 heats in Genk 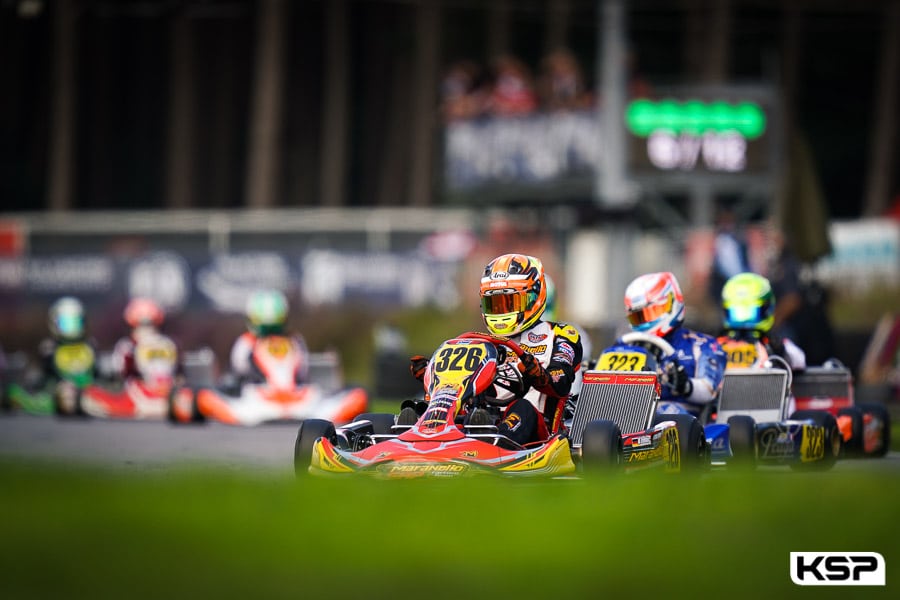 With only three races on the programme in KZ2, the European KZ2 Championship has changed its appearance in Genk. Viktor Gustavsson (Birel ART/TM) wasn’t very incisive in front of his chasers and it was David Trefilov (Maranello/TM) who took the lead, whereas Simone Cunati (Birel ART/TM) took an interesting 2nd place in front of Paavo Tonteri (Tony Kart/Vortex). So Gustavsson will start only from 4th position in the Final on Sunday. The first heat was the most animated one, with most of the drivers having started on rain tyres on a drying track. Tom Leuillet (Praga/TM) made contact with Senna Van Walstijn (Sodi/TM) who went off in the grass, Hubert Petit (Sodi/TM) didn’t stop at the end of the straight… Kristijan Habulin (TB Kart/TM) could take advantage of his choice of slick tyres in the last laps and went up like an arrow towards the head. Unfortunately, he eliminated the leader Leuillet in the last corner before being sanctioned and Gustavsson took an unexpected victory. David Trefilov (Maranello/TM) took the victory in the second heat against Van Walstijn and the consistent Tonteri. Van Walstijn also won the third heat, which allowed him to limit the damage in 7th position in the classification. Tom Leuillet nevertheless finished 9th in front of Jean Nomblot (Sodi/TM), who had been knocked out in Heat 3. Thomas Landais (Birel ART/TM) was 13th, while Arthur Carbonnel (Sodi/TM) managed to come back from 32nd to 15th position. Hubert Petit (Sodi/TM) had a very disappointing day, taking 26th place ahead of Thomas Imbourg (Sodi/TM) and Damien Vallar (Sodi/TM).