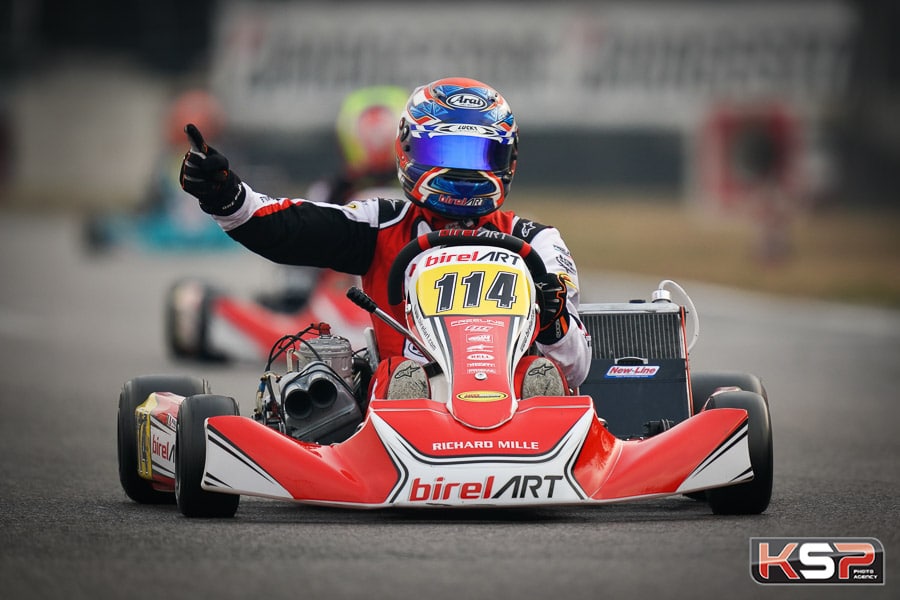 Riccardo Longhi (Birel ART/TM) got the better of his team-mate Giuseppe Palomba (Birel ART/TM) when the lights went out for the KZ2 Winter Cup Final. Jéméry Iglesias (Formula K/TM) was in 3rd place ahead of Alessandro Irlando (Birel ART/TM) and Simo Puhakka (Tony Kart/Vortex). Jean Nomblot (Sodi/TM) remained in 6th position, while Adrien Renaudin (Sodi/TM) was already jumping up to 10th place and set the fastest time. Arthur Carbonnel (Sodi/TM) lost ground at the beginning of the race. Irlando overtook Iglesias to enter a top three that was 100% Birel ART. Nomblot attacked Puhakka for 5th place, while Hubert Petit (Sodi/TM) came back to 10th position.

At mid-race, Longhi was 7 tenths ahead of Palomba and Irlando, Iglesias kept in touch with the trio and Nomblot kept up the pace in 5th position against Alexander Dahlberg (Energy/TM). Renaudin was back in 7th ahead of Puhakka, Petit was fighting for his 10th place. Iglesias attacked Irlando for 3rd while Palomba came back on Longhi and took the lead on the 17th of the 22 laps. Renaudin joined and passed Nomblot with two laps to go. Petit was facing the return of Matteo Vigano (Birel ART/TM). Palomba won the Winter Cup 0.510” ahead of Longhi. Iglesias was in 3rd position against Renaudin, who was penalized 10th for his spoiler afterwards. Irlando took 4th place, Nomblot finished 5th in front of Puhakka. Petit was 9th after a very positive weekend, Paul Evrard (Tony Kart/Vortex) finished 16th, Craig Tanic (Birel ART/TM) 28th, Carbonnel 30th and Paul Loussier (Sodi/TM) 32nd, both with a loose spoiler. 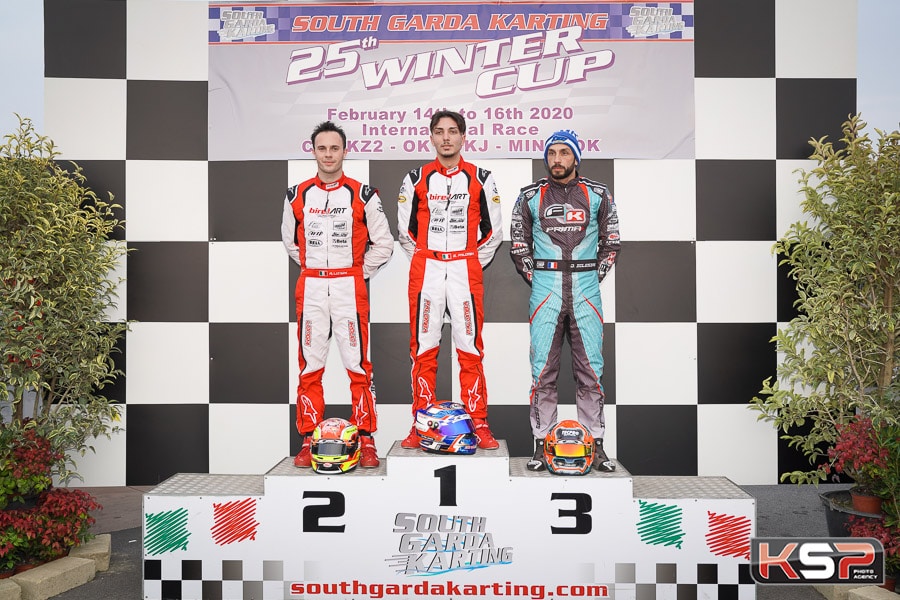