Top 3 in 60 Mini at Adria for Parolin 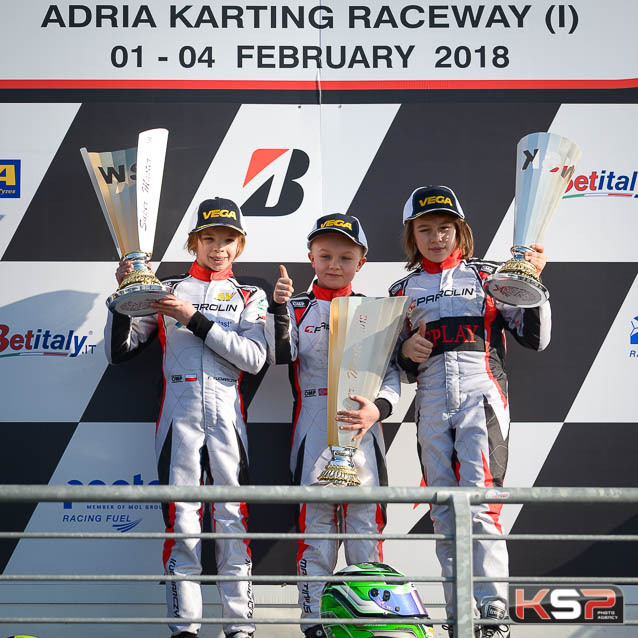 In the opening race of the WSK Super Master Series, Parolin Racing Kart has demonstrated the competitiveness of its equipment against strong competition. After the good performances recorded a week earlier at the same circuit of Adria, Parolin simply grabbed the top three places in 60 Mini and came close to victory in OK-Junior in very varied and often difficult conditions.

Parolin accounted for nearly 30% of the 60 Mini entry at Adria. The Parolin chassis already achieved three of the four fastest times in Qualifying and confirmed by taking the top three places in the Final. Success was not long in coming for the young Norwegian Martinius Stenshorne, followed in 2nd place by the Pole Tymoteusz Kucharczyk, who posted the fastest lap in the race and was the record holder of the event. Brando Badoer, in a very elegant style, was once again on the podium to ensure Parolin’s triumph.