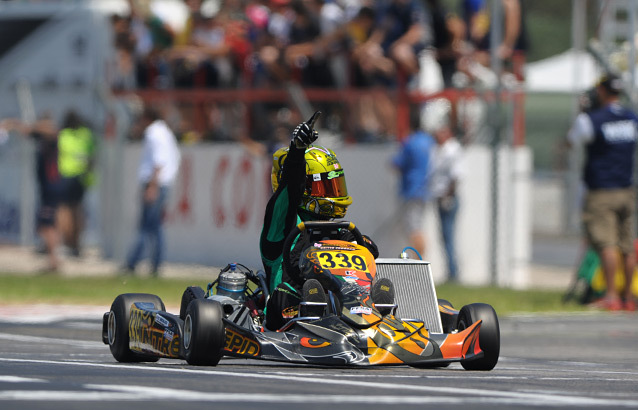 Two British drivers were on the front row in the first KF3 final for the WSK Euro Series La Conca, Callum Ilott (Zanardi / Parilla) and George Russell (Intrepid / Vortex), followed by a French driver, Dorian Boccolacci (Intrepid / TM) who was delighted to start for once on thr inside next to a Spaniard, Alex Palou (CRG / BMB). The third row was also promising with the Croatian Martin Kodric (FA Kart / Vortex) and Russia’s Nikita Sitnikov (Tony Kart / BMB).

The inner line made the best start, Ilott, Kodric and Boccolacci, followed by Russell, Dalton Sargeant (Tony Kart / Vortex), Palou, Sitnikov, Alessio Lorandi (Tony Kart / Vortex) and Lance Stroll (Zanardi / Parilla). A clash on the rubber of the first right turn slowed down the pack and removed Piccini and Jupp. Boccolacci took the lead on the second lap, at the first hairpin. Ilott tried to keep pace with the new leader, Russell closed up to Kodric, in third. Palou was way back in 22nd position, Valentin Naud (Tony Kart / Vortex) made a good start and quickly up to 14th.

Credited with the fastest time, Boccolacci gradually pulled away from his opponents. Ilott now had to watch out for Russell and Kodric while Lorandi got the better of Sargeant.

Efficient in the corners and careful with steering angles, Boccolacci took a great and beautiful victory, while Russell passed Kodric Ilott on the penultimate lap and was now in 3rd place. But then Ilott and Lorandi came to join the party. Russell finished fifth just ahead of Sargeant. 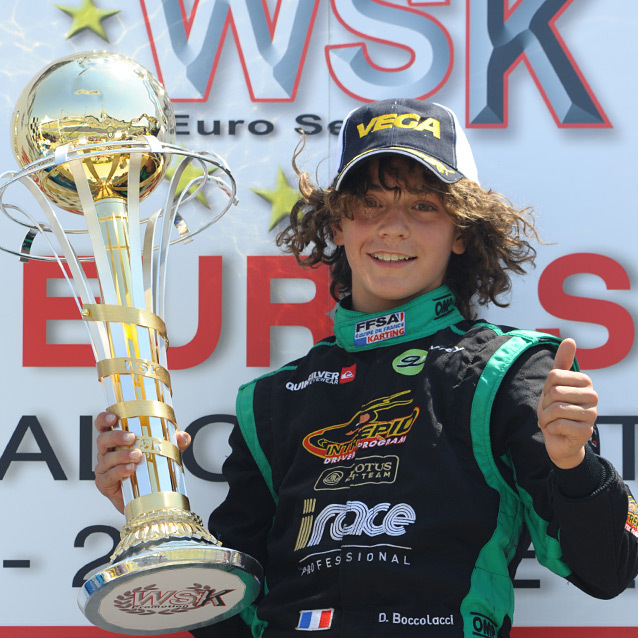