The fourth and final round of the WSK Super Master Series was very satisfying for the Parolin Motorsport team. The success of Rashid Al Dhaheri in OK-Junior, dominating the Lonato meeting and winning the Championship, was not the only positive point of this competition. The Mini drivers were also very successful with Christian Costoya finishing 3rd in the Championship, brilliantly won by René Lammers on a Parolin chassis with the Baby Race Driver Academy, as well as Matias Orjuela’s 7th position. Francesco Celenta’s debut in KZ2 confirmed the team’s return to this category, as did Slavik Putiatin’s progression to the top ten. 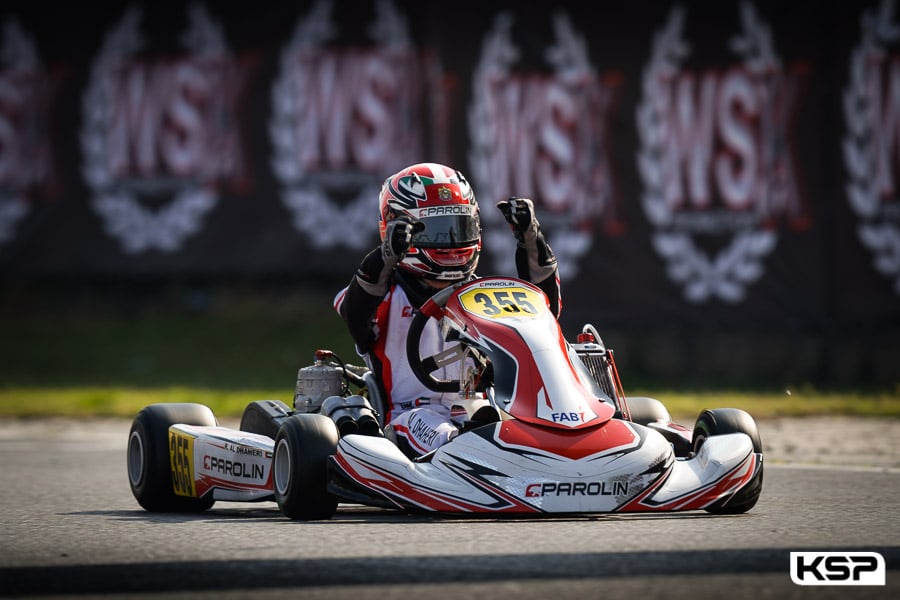 “We are delighted to be able to shine in three of the four international categories in this first part of the season,” said Marco Parolin. “The competition has been very tough and some incidents deprived us of a more complete success, but that’s the law of racing. First of all we congratulate Rashid Al Dhaheri who showed an exemplary fighting spirit in OK-Junior despite some difficulties linked to the pandemic. We are happy to have been able to provide him with the equipment to triumph over formidable opponents in very close races. Enzo Deligny’s rapid progression and Kai Sorensen’s potential are important assets.

Our decision to return to KZ/KZ2 has been rewarded by the top performances of Francesco Celenta at each event. His retirement in the Lonato Final has of course had a negative impact on his position in the Championship, but our competitiveness has been confirmed on many occasions among the top teams in the field.

We are also pleased with the continued success of our chassis in Mini where we remain the most represented brand in terms of number of entries as well as in the top 10 of the Finals and in the series standings with five Parolin karts in the top eight, including the champion René Lammers. We are aware that the OK is giving us lesser results at the moment and that we need to strengthen the potential of the team in this category.” 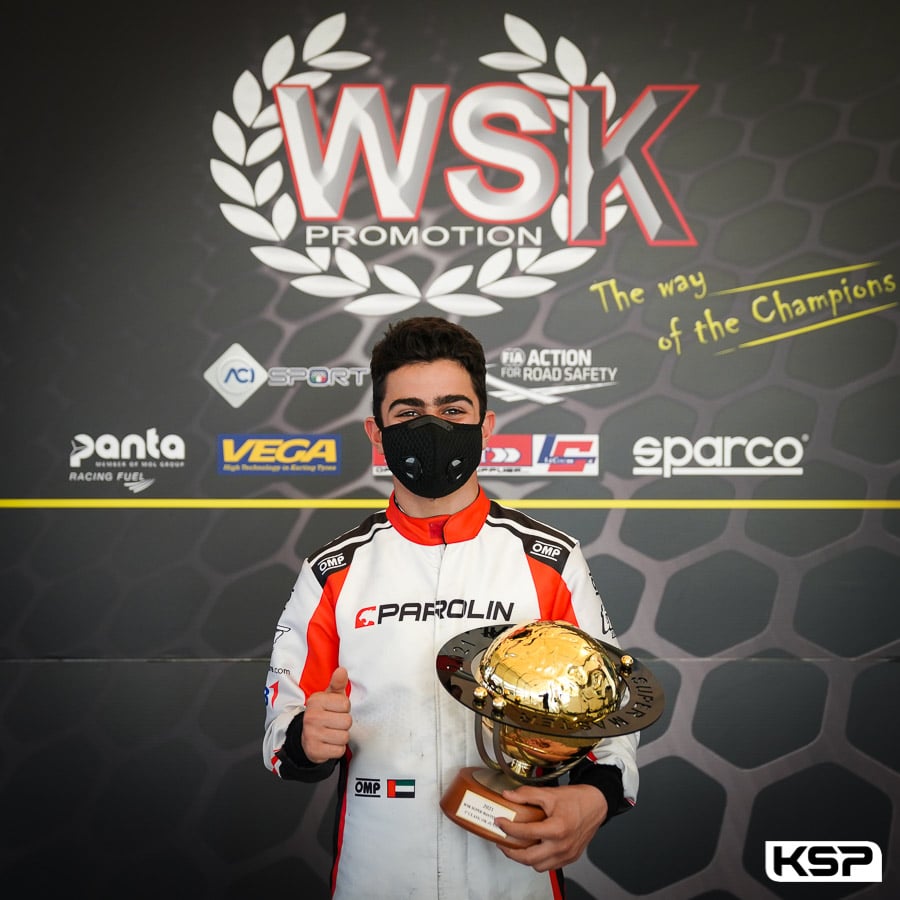 The young driver from the United Arab Emirates has once again achieved an admirable result. Thanks to his four victories in the Qualifying Heats, he took the lead in OK-Junior and never let it go. Faced with strong competition, he had to fight hard to win his Prefinal and then the Final in Lonato. Despite his absence for the third round in Sarno, Rashid emerged as the overall winner of the 2021 WSK Super Master Series with a significant lead over his rivals.

Enzo Deligny’s performance was more than encouraging as the Frenchman made a strong comeback in the heats before finishing 11th in the Final and 10th in the Championship. Kai Sorensen also set a strong pace in his heats as well as in the Prefinal before being eliminated at the start of the Final. Guillaume Bouzar managed to reach the Final despite being far behind in practice and suffering several spoiler penalties. 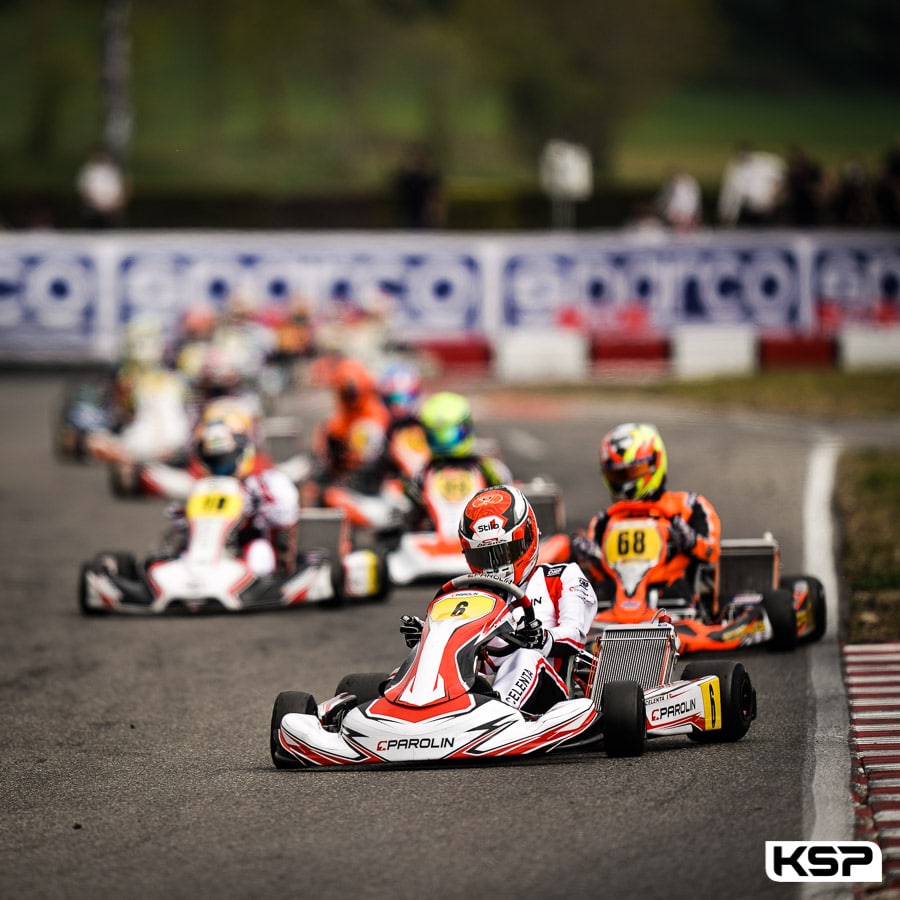 Celenta among the best in KZ2

Francesco Celenta started in 2nd position in Timed Qualifying and kept his position after the heats thanks to two victories and two fastest laps in the race. He was also 2nd and fastest in his Prefinal, but had to retire shortly before the finish of the Final. He had to settle for 7th position in the Championship which only partially reflects Parolin’s potential at this level. Slavik Putiatin’s progress was confirmed with a spectacular comeback in the Final stages. After two retirements in the heats, he returned to 12th place in the Final, his best result of the year, with a total gain of 34 places. 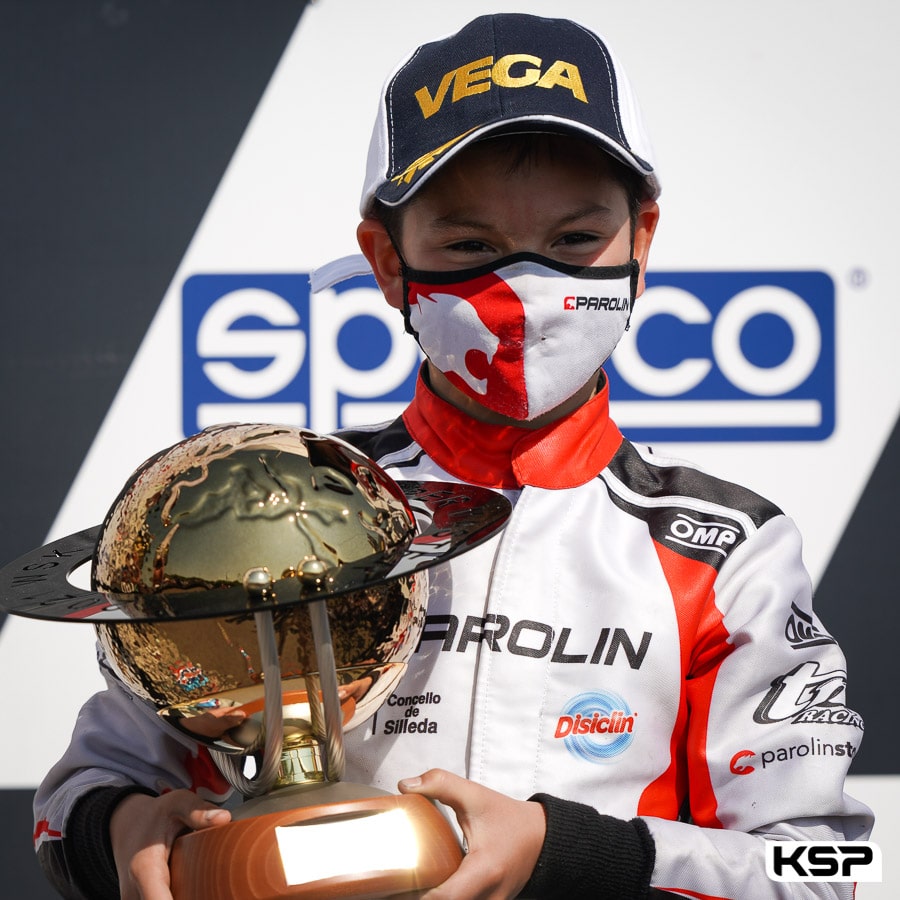 Pole position and top three in the Mini Championship

Christian Costoya started very well as the fastest of the 100 participants during Qualifying. He continued with three heat victories, but then lost ground despite the fastest time in the Prefinal. He was again the fastest driver in the Final and made up 12 places to finish in the top 10, which earned him a place on the Championship podium. Matias Orjuela was 6th on Saturday night with a win, two 2nd places and a fastest lap in the heats. He was in the lead for the first half of his Prefinal before falling back in the battle. Oliver Kinmark had two good heats in the top five, but was pushed around in the last lap of his Prefinal and missed out on a deserved Final qualification.

Very high performance on the adhesive track in Lonato

Successful start to the second half of the season

Parolin back to winning ways in Lonato

Another victory and improved performance in Adria in WSK Super Master