Home Press releases James Wharton – Among the best at Portimao!

Between the two events of the 2020 Champions of the Future series held three months apart, James Wharton’s progress has been spectacular. In the south of Portugal, the Australian hopeful showed he was capable of competing with the best in the difficult OK category. Despite an obvious lack of success in the final phase, the driver from the Parolin Racing Kart team was reassured about his level of performance a few days before the World Championship. 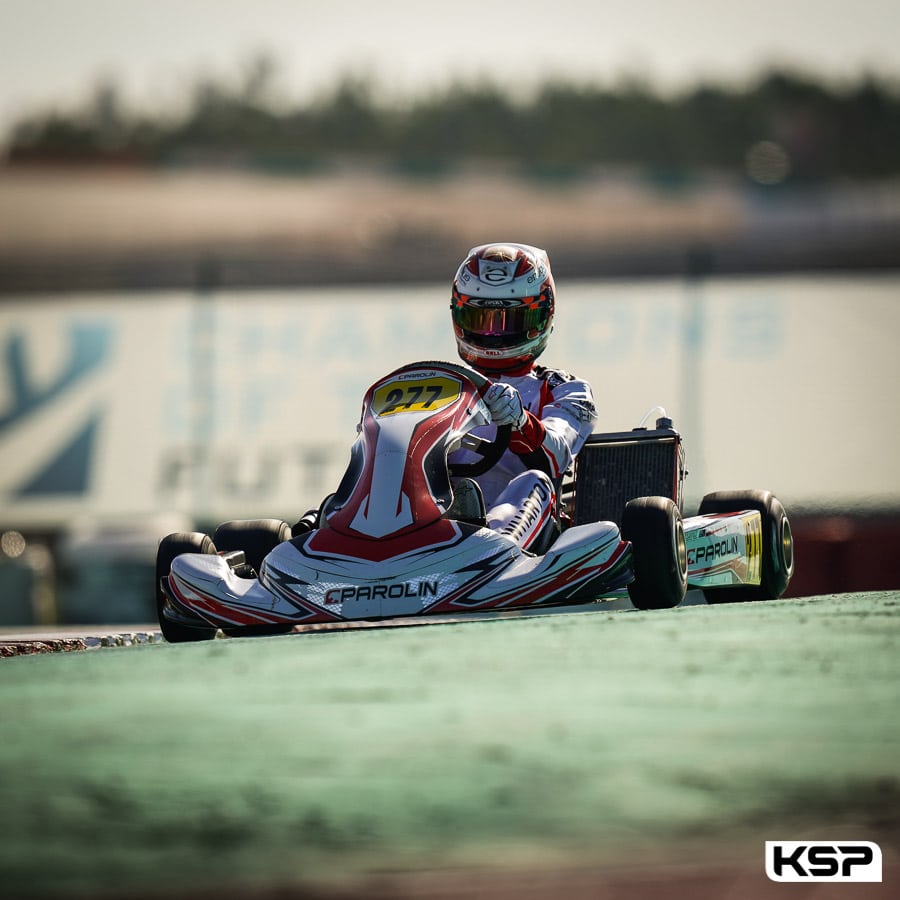 James Wharton, who is competing in the OK class this season, is getting ready to take part in the most important competition of the season: the World Championship. Once again, the World Championship promises to be very difficult and challenging, with a large number of competitors. 77 drivers are expected to take part at the Portimao circuit from the 5th to the 8th November. “It is important to prepare as well as possible for this event,” says the young Rookie, just out of the Junior class. “The second and final round of the Champions of the Future series was an ideal opportunity to check the competitiveness of the equipment and to test myself against the competition, as it took place on the same track in the south of Portugal.”

Magnificent performances in the heats

In Timed Practice, James Wharton confirmed his speed by setting the 3rd fastest time of his group, which put him in 8th position overall. After that, his progress in the Qualifying Heats proved to be remarkable, with a clear round during these four races. “The Parolin chassis, our technical team, the TM Racing factory as well as our engine tuner did a very good job and it was great to fight at the front in all of the heats. I even won one of them with an excellent start, but unfortunately I fell back three places due to a penalty for a bad position of the front fairing.” James Wharton found himself in an excellent 4th place after the heats.

World Championship in the line of fire

At the beginning of the Prefinal, James quickly managed to get ahead of his team-mate Lorenzo Travisanutto, a reference in the OK category with his two World Championships and a European Championship. Unfortunately, a few laps later, he retired, the consequence of a crash in the middle of the leading group. He had started the Final with the firm intention to move back up, but this time, he had a mechanical problem, forcing him to retire with many regrets.

“In this race, the possibility of getting on the podium really existed. This incident in the Prefinal really frustrated me, because I had saved my second set of new tyres for the Final. But we have to stay positive. Both Lorenzo and myself proved that the Parolin team was working in the right direction in Portimao. The equipment we have developed together in the last few weeks is performing well and this makes me optimistic for the World Championship. We will have to be determined and ambitious, but without making mistakes.”