In 2022, and for the 10th time in its history, LeCont has been one of the manufacturers chosen, following calls for tender, as the official tyre supplier to the major FIA Karting international events, for the KZ, KZ2 and Academy categories. The season started in excellent conditions in May in Genk, Belgium. Five weeks later at the Italian circuit of Cremona, the European Champion titles were awarded to Paolo Ippolito in KZ and Tom Leuillet in KZ2, while the winner of the Academy Trophy will not be decided until September. However, the Cremona meeting caused some problems with tyres. Paolo Bombara, Marketing Manager at LeCont, was keen to explain this… 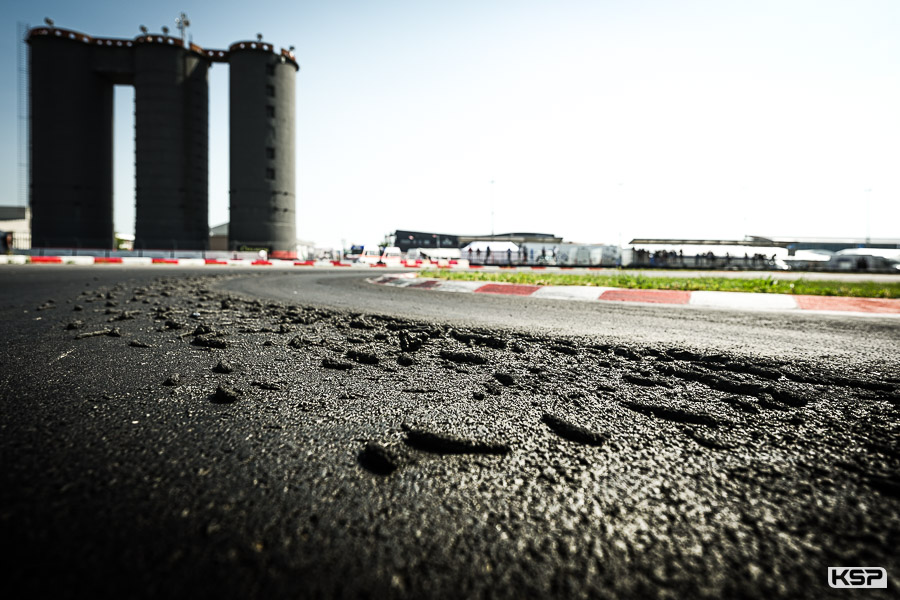 After the success of the Genk event, how do you explain why the satisfaction of all the drivers was not guaranteed in Cremona?

First of all, we have to differentiate between the problems that the drivers had with the front and rear tyres. LeCont would like to take full responsibility for the manufacturing defects that occurred on a certain quantity of front tyres. Due to a handling error by one of our operators, a releasing agent that is to be applied to the inner surface of the carcasses and is used to remove the tyre from the mould after vulcanisation was sprayed onto the upper part of the carcasses used in the tyre construction. As this accident was not reported or noticed, the tread was applied to these carcasses “polluted” by this releasing agent.  When these elements were placed in the curing press to be vulcanized this product did not allow the tread to “melt” with the carcass, as it should have done. Unfortunately, once the tyre had taken its final shape, it was impossible to detect this defect, not even with the numerous quality checks we carry out throughout the manufacturing process.

How many front tyres were affected by this problem?

Out of almost 1,600 front tyres distributed to the drivers, we found 27 with this problem in the tread. Obviously, as soon as we noticed this phenomenon, FIA Karting officials allowed competitors to change these defective tyres for others used during Free Practice. This implies that 98% of the front tyres were good and compliant. The vast majority of drivers had no problems with their front tyres during the meeting. And those who had to change one or two front tyres were able to compete in normal conditions afterwards, for almost all of them. The performance and consistency of the LeCont tyres should be highlighted. If I take the example of the winner of the KZ2 Final, who was later crowned European Champion, he set the 2nd fastest time in Qualifying Practice before he noticed a tyre failure before the next lap. He dipped into his Free Practice stock and had no more problems afterwards. Moreover, he and many other drivers, such as all those of the Birel ART and Leclerc by Lennox Racing teams, ran all the race heats with only two front tyres, without fitting the other two, so as not to run the risk of running into a defective tyre. These tyres held up without any problems, showing at the same time that maintaining the 150 km mileage for which they are homologated was hardly a concern.

Have any internal decisions been taken to prevent such a problem from recurring?

Of course, we have. On Friday, we decided to re-launch a production of “Prime” front tyres, Saturday morning, even if factory was close, which were distributed to the finalists of both the KZ and KZ2 categories, in order to make sure that none of the 67 drivers would accidentally encounter a defective tyre and to preserve the safety of the competitors and the integrity of the race result. These complete sets of tyres were not charged to the competitors and served their purpose perfectly during the Finals. Other measures have been decided: all the front tyres that came back from Cremona will be destroyed. We have launched a series of internal investigations to better understand what happened, so that this kind of problem cannot occur again. New controls will be put in place, and we will further improve the traceability of tyres throughout their life.

Now let’s talk about the rear tyres. What happened?

LeCont firmly refutes the idea that it was the cause of the problems encountered by the drivers with the rear tyres. Already during the first private testing sessions conducted by some teams several weeks before the Cremona event, we alerted the circuit to the characteristics of this track. The track puts a lot of strain on the tyres, which are constantly under pressure, with a straight that is not enough long to allow the tyres to cool down sufficiently. The tyres, especially the left rear, reach very high temperatures, almost constantly exceeding 130°C. This phenomenon was exacerbated tenfold by the high temperatures reached at the Cremona meeting. Combined with the very high ‘natural’ grip of the asphalt on this track, this made for an almost unprecedented situation, with a level of rubber deposited on the ground that was off the charts. We noticed that on this flat-cambered track, the entire tread surface was white-hot and not just the inner side of the tyre, as is usually the case. The grip characteristics of the asphalt are exceptional, and the hot weather created a set of constraints and almost unique conditions.

The second problem came from the design of the kerbs, which are in accordance with the FIA specifications, even though they do not have the slopes normally seen towards the gravel side, for reasons we do not know. With their cutting edges, they are even more destructive for the tyres than they are dissuasive for drivers, which is the desired goal. At two places on the circuit, several drivers tended to go beyond the kerb with all four wheels, forcing the tyre to sometimes protrude at the junction between the kerb and the ground, which systematically resulted in more or less significant damage to the tread. I would like to thank the circuit managers for the work they did before the race to try and limit this phenomenon. Nevertheless, the repeated passages on these kerbs, with a 60° surface temperature and temperatures of approximately 130 to 140° reached by the tyres, without forgetting the weight of the KZ and the power of the engines, caused the rubber to tear at the rear. I am talking about tearing and not blistering, which is linked to a gaseous phenomenon, and which was not identified as such during the European Championship on any of the rear tyres concerned.

So, it’s not a problem of wear and tear?

No, clearly not. You just had to look at the wear indicators to confirm it. Our “Prime” tyres are homologated to cover a distance of 150 km, and this was the case in Cremona. The problems encountered were those I have just mentioned. Also, the fact that some drivers used the kerbs too much, but not all. It’s not just a matter of luck that some didn’t damage their rear tyres and others did.

What would you like to say to the drivers and teams in Cremona?

LeCont is obviously sorry for the manufacturing problems on several front tyres and would like to publicly apologise for the inconvenience caused by this situation. All decisions taken during the meeting were made in the interest of the drivers and teams, as well as for safety reasons. Moreover, no serious accidents occurred in Cremona in KZ or KZ2. I would like to congratulate the winners, but also all the drivers as a whole for the show put on during the Finals in these two categories.

LeCont also equipped the 50 drivers in the FIA Karting Academy Trophy with “Option” tyres, which fulfilled their role perfectly over three days. After Arthur Dorison’s victory in Genk ahead of William John Riley Go, then Matias Orjuela’s victory ahead of Guillaume Bouzar and Iwo Beszterda in Cremona, the suspense remains between these drivers before the final round in Le Mans in September. We know the quality and performance of our products and, on this occasion, LeCont will do its utmost to ensure the satisfaction of the drivers of the Academy Trophy, the KZ World Championship, the KZ2 World Cup and the International Masters’ Supercup.

Tyre quality in the spotlight at WSK Euro Series