Renowned for its level of competitiveness with numerous nationalities represented and the quality of the training set up by the FFSA Academy, the 2021 French F4 Championship was launched at Nogaro, with a first poleman: Esteban Masson. 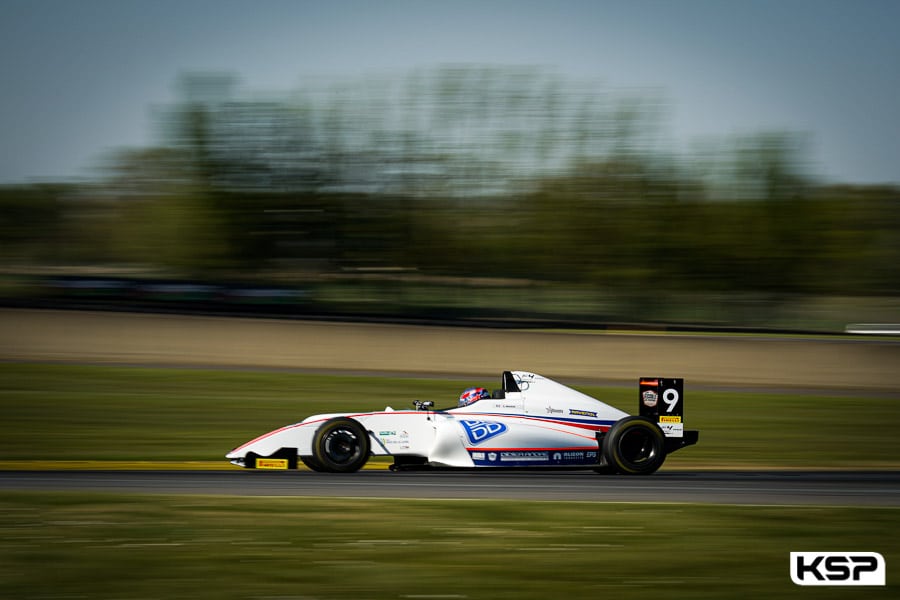 Despite the health crisis, the FFSA Academy is staying the course! This new edition of the French F4 Championship has succeeded in bringing together an international field of 16 drivers, attracted by the sporting fairness of the formula, its attractive price and its partnerships that offer the best students a real springboard for their future. As usual, the Championship started on the Paul Armagnac circuit during the Easter Cups organised on April 3rd, 4th and 5th.

Although the academicians benefited from several private practice sessions on Friday, the Free Practice on Saturday morning gave the first indication of the hierarchy. Under a beautiful blue sky and spring-like weather, Australian Hugh Barter (winner of the 2021 Richard Mille Young Talent Academy) set the fastest lap ahead of Esteban Masson and Owen Tangavelou. The real action began in the afternoon with the much-anticipated Qualifying session, which is always a special moment to deal with, especially when it is a big first for most of these young motorsport hopefuls.

The beginning of the session was favourable to Macéo Capietto, who occupied the top of the hierarchy for several minutes, before seeing Esteban Masson overtake him irresistibly with several consecutive best laps. Very fast, especially in the last two sectors, the FFSA Academy French Junior Karting Champion set the absolute fastest time with 1’26″930. He was the only driver to go under the 1’27 mark.

A double pole for Masson

His opponents did not, however, lose out. After Capietto, Daniel Ligier improved his lap times consistently, quickly followed by Owen Tangavelou, who was 2nd for a few minutes. Despite a quiet start to the session, Hugh Barter began to make steady progress, to the point where he moved up to 2nd place… just two thousandths ahead of Tangavelou! With a lead of more than two seconds, Masson remained untouchable.

“I am very happy with this first result,” said Esteban. “I managed my position on the track and the traffic well. I managed to apply everything we worked on in practice with the FFSA Academy staff and Didier André, my coach. When I saw that I had taken the lead, I pushed even harder in the following laps to improve my times and it paid off.”

Esteban Masson will start from pole position in Race 1 on Sunday morning, as well as in Race 3 on Monday morning thanks to his 2nd fastest lap, which was also faster than the other competitors.

Capietto finished his session in 5th position ahead of Ligier and the two best of the five Juniors entered, the Briton Aiden Neate and Swiss Dario Cabanelas. Gaël Julien and Thanapongpan Sutumno, both of whom have done their karting apprenticeships on Asian soil, took the following positions, while Alessandro Giusti, 3rd Junior, completed the top 10 just ahead of Noah Andy.

Continuation of the programme in Nogaro

20 years of passion and experience for KSP Reportages