The third edition of the FIA Women in Motorsport Commission’s flagship programme designed to identify young girls who deserve to be supported in their dream of a career in motorsport ends today as the junior’s finalists have completed their karting camp within the Ferrari Driver Academy (FDA) in Italy. The crucial deliberation begins until the announcement of the two winners on 2 December. 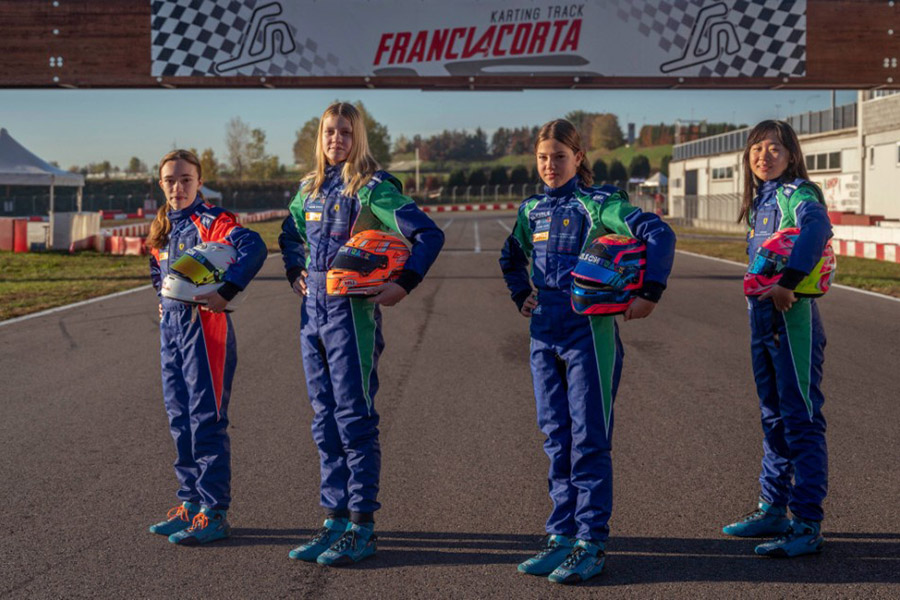 Following a worldwide detection of all the most promising young talents and several evaluation stages including those in Le Castellet in August, the four junior finalists – French Lisa Billiard, Italian Zoe Florescu Potolea, Japanese Sara Matsui, German Mathilda Paatz – have just experienced four more intense days under the supervision of the Ferrari Driver Academy and the watchfull eyes of Rahel Frey from the Iron Dames.

The two days spent in the Maranello headquarters and the two days on the Autodromo di Franciacorta race track gave them an even clearer picture of what is required at the high level of motorsport.

The youngsters now return home and await the forthcoming outcome, that will see the FDA engineers and team of experts analyse the performance and potential of each on all these parameters.

At the end of the deliberations, the FDA will decide if one of the young drivers is deserving of its support for an international karting season in 2023.

The announcement of both the outcome of the Senior Formula 4 and Junior Karting Scouting Camps will be made on 2 December.

Deborah Mayer, FIA Women in Motorsport President said: “FIA Girls on Track – Rising Stars 3rd edition gives me great satisfaction, especially in the juniors whose final ends today. Once again, with the support of the Ferrari Driver Academy, we have discovered some great talents such as our 4 junior finalists, Lisa, Zoe, Sara, Mathilda, who showed their predisposition to forge a career in motorsport. One of the strengths of our programme is to detect and nurture girls at an early age, when they begin to dream about becoming racing drivers. Bringing more women into motor sport requires to widen the base of the pyramid and we will develop further this strategy in the future. While waiting for the announcement of the two winners (senior and junior), I would like to congratulate all the participants for their outstanding commitment throughout this long and demanding process. They will all gain from this unique experience.”