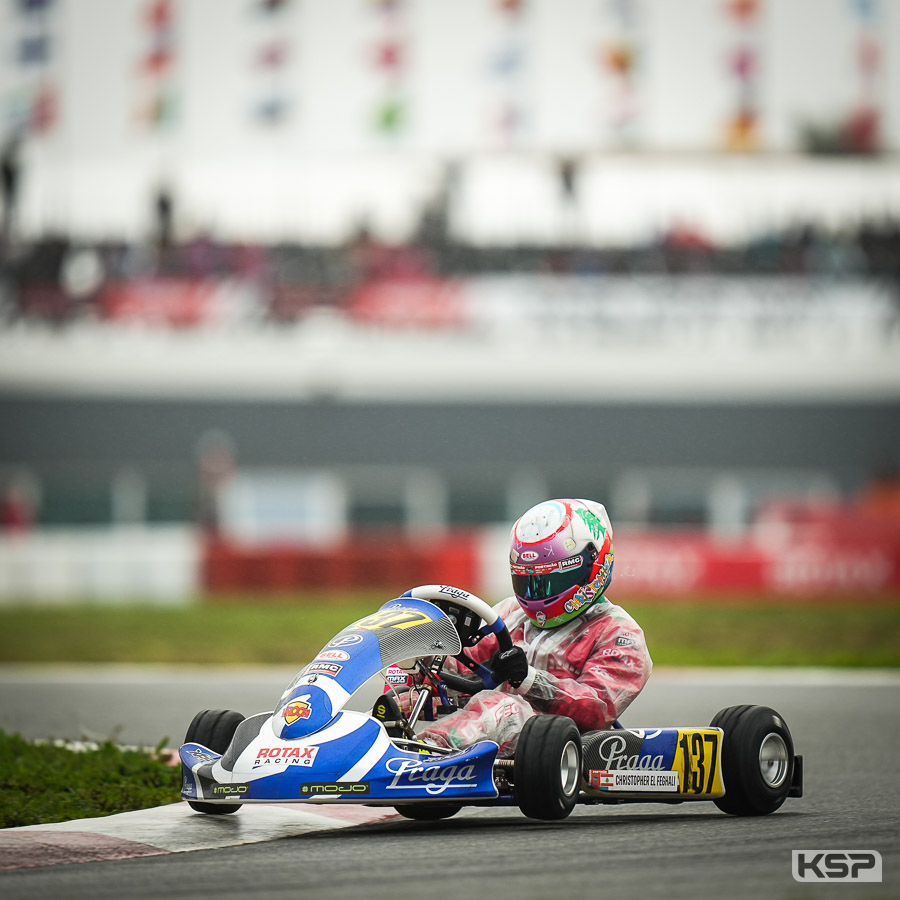 The 72 Mini Max drivers of the Rotax Max Challenge Grand Finals equipped with Praga chassis were divided in two groups for the Qualifying Practice. The track of Portimao still had some traces of humidity and the low clouds were carrying their threat of rain.

Odd session: El Feghali – 1’17”497
The rain tyres were mounted by many drivers at the last moment before joining the pre-grid to avoid a light shower. Luka Scelles (FRA) was in the lead on the first lap in 1’19”154. Scelles improved, but Rasmus Koskinen (FIN) was back on the first row. Sebastian Minns (GBR) took over the lead from Christopher El Feghali (LBN). Koskinen and Scelles then came back in the wake of the leader. Scelles took the provisional pole at the end of the session with a final lap of 1’17.619, but El Feghali improved to 1’17.497. Scelles was 2nd by a tenth, but a technical problem sent him to the back of the grid. Koskinen took 2nd place ahead of Minns and Casper Nissen (DNK). Louis Baziret (FRA) was in the top ten for a long time, but finished 14th. The drivers who started on slicks were relegated by more than 3 seconds.

Even session: Bartle – 1’08”014
The light rain had stopped for the start of the second session equipped with 100% Mojo wet tyres adapted to the still wet track. Vasileios Malamis (GRC) was the fastest on the first lap ahead of Harry Bartle (GBR) and Jacob Ashcroft (GBR). Bartle passed in front of Ashcroft and Malamis. Thomas Pradier (FRA) stayed in the top 10, Aloïs Girardet (FRA) was 13th. Bartle improved, Kai Johnson (USA) was 3rd. Bartle finished in the lead with his lap in 1’08”014, 5 tenths ahead of Ashcroft, Malamis 3rd, Johnson 4th and Fausto Armando (ARG) 5th. Separated by two thousandths, Girardet and Pradier were 7th and 8th, one second apart.