The sprint for the WSK Final Cup in Lonato 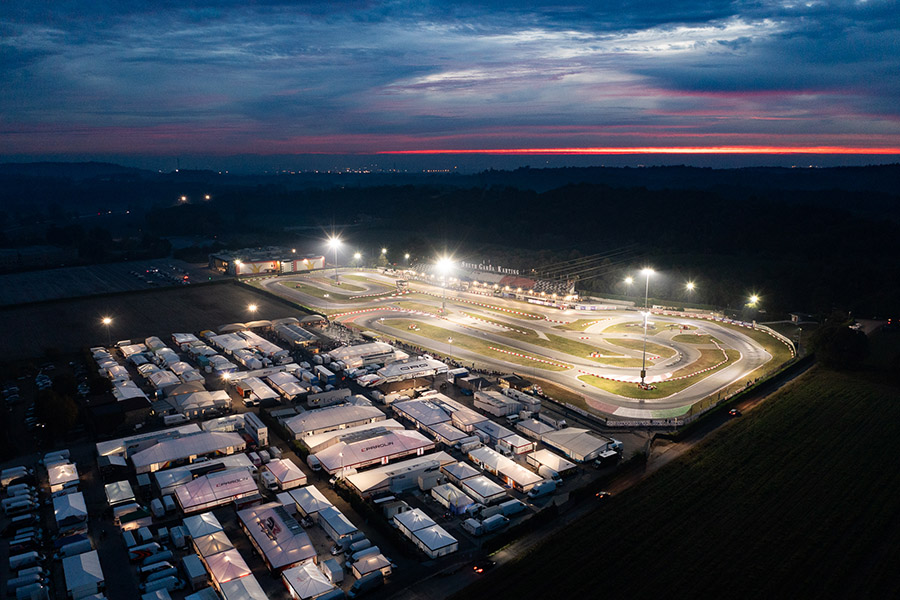 The conclusion of the 43 qualifying heats named the finalists for this season-closer at the South Garda Karting circuit of Lonato as the event is heading to its red-hot stages. After the opening round held on November 6 in Sarno, the final titles of 2022 for categories MINI, OKJ, OK and KZ2 will be awarded in Lonato. The final stages on Sunday, November 13 will be covered by the Live Streaming from wsk.it and Motorsport.tv: Prefinals from 10:30 and Finals from 14:00.

The first 17 heats run on Friday and the following 26 on Saturday named some new protagonists compared to the opening round in Sarno, which makes predictions for the final win more difficult. By the looks of the opening two days of the final round of Lonato, an excellent international karting spectacle is ahead on Sunday.

OKJ – Duel between Ramaekers and Olivieri.
The Belgian Thibaut Ramaekers (VDK Racing/KR-Iame-Vega) had the upper hand in OKJ and put in a winning debut in the category taking four wins in the heats. The Italian Emanuele Olivieri (IPK Official Racing Team/IPK-TM Racing) continued shining after winning the opener in Sarno, and in Lonato he claimed three wins in the heats. Zhenrui Chi (Beyond Racing Team/KR-TM Racing) made up for some lost ground in the qualifying. An incident in the closing heat on Saturday saw a lot of protagonists scoring a DNF like the Spaniard Christian Costoya (Parolin Motorsport/Parolin-TM Racing) and the Austrian Niklas Schaufler (DPK Racing/KR-Iame), that won one heat each before that.
Provisional classification after the heats: 1. Ramaekers penalties 0; 2. Olivieri pen. 3; 3. Chi pen. 10; 4. Rechenmacher pen. 18; 5. Aksoy pen. 19; 6. Lehtimaki pen. 21; 7. Kinnmark pen. 21; 8. Tarnvanichkul pen. 21.

OK – Turney leading the pack after the heats.
In OK, the Brit Joe Turney (Tony Kart Racing Team/Tony Kart-Vortex-LeCont), Dmitry Matveev (KR Motorsport/KR-Iame), Anatoly Khavalkin (Parolin Motorsport/Parolin-TM Racing) and his teammate Maksim Orlov made some steps towards the top of the classification. The Jamaican Alex Powell (KR Motorsport/KR-Iame) kept a good position too. Among the best, the Dane David Walther (Koski Motorsport/Tony Kart-Vortex) won two heats but then collected a lot of penalties due to a retirement in the first heat on Saturday, which did not allow him to take the lead. The Chinese winner of the round in Sarno Yuanpu Cui (KR Motorsport/KR-Iame) is lagging behind instead. The closing heat was won by the Swede Oscar Pedersen (Ward Racing/Tony Kart-Vortex).
Provisional classification after the heats: 1. Turney penalties 6; 2. Matveev pen. 9; 3. Orlov pen. 12; 4. Khavalkin pen. 13; 5. Tye pen. 13; 6. Egozi pen. 13; 7. Popov pen. 13; 8. Powell pen. 15.

KZ2 – Maragliano leads a good set of rivals.
In KZ2 some hiccups made it tricky for the Dutch Senna Van Walstijn (Sodikart/Sodikart-TM Racing), who won the opening race in Sarno, for his teammate Emilien Denner, and for Giuseppe Palomba (BirelART Racing/BirelART-TM Racing), who was stopped by an incident in the first heat, but then claimed two wins on Saturday. The path of the Czech driver Marek Skrivan (Sumako IPK Racing/IPK-TM Racing) has been positive so far. He was second in qualifying practice and won one heat. The Italian Alex Maragliano (Maranello SRP/Maranello-TM Racing-Vega) posted the pole position time in qualifying practice and then won one heat securing some good placings in the other two. These results allowed him to take the provisional lead of the classification. A good display of competitiveness came also from the Brit Ben Hanley (Drago Corse/Drago Corse-TM Racing), who was back to karting and a good protagonist of the heats.
Provisional classification after the heats: 1. Maragliano penalties 8; 2. Skrivan pen. 8; 3. Bertuca pen. 9; 4. Imbourg pen. 13; 5. Putiatin pen. 13; 6. Milell pen. 13; 7. Denner pen. 13; 8. Schmitz pen. 14. 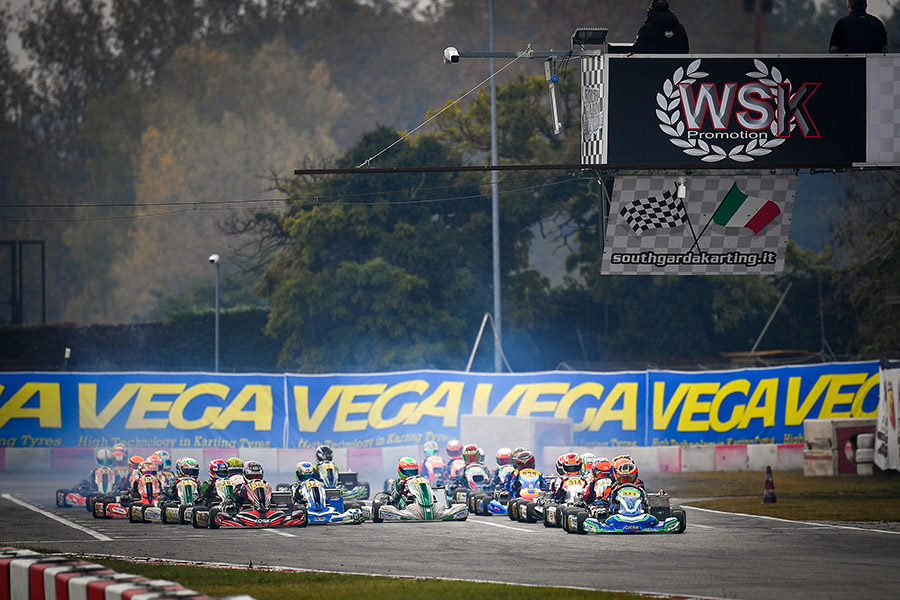 MINI – A lot of contenders to the win of MINI.
The Romanian driver Bogdan Cosma Cristofor (BabyRace Driver Academy/Parolin-Iame) secured five wins at the end of the 21 heats run in MINI. The Italian Filippo Sala (Team Driver/KR-Iame-Vega) confirmed his speed too, after being among the protagonists in Sarno. In Lonato, after the pole position in qualifying practice, Sala claimed four wins in the heats and secured the second place of the provisional classification. The Dutch Dean Hoogendoorn (Alonso Kart by Kidix/Alonso-Iame) was also among the fastest as the Turkish Iskender Zulfikari (BabyRace Driver Academy/Parolin-Iame) and the Australian William Calleja (Parolin Motorsport/Parolin-TM Racing). The winner of the opening round of Sarno, namely Panama’s Gianmatteo Rousseau (Alonso Kart by Kidix/Alonso-Iame), also had a solid qualifying and was often within the top places.
Provisional classification after the heats: 1. Cosma-Cristofor penalties 3; 2. Sala pen. 4; 3. Hoogendoorn pen. 7; 4. Zulfikari pen. 11; 5. Calleja pen. 14; 6. Baglin pen. 18; 7. Toniolo pen. 19; 8. Arias pen. 21.