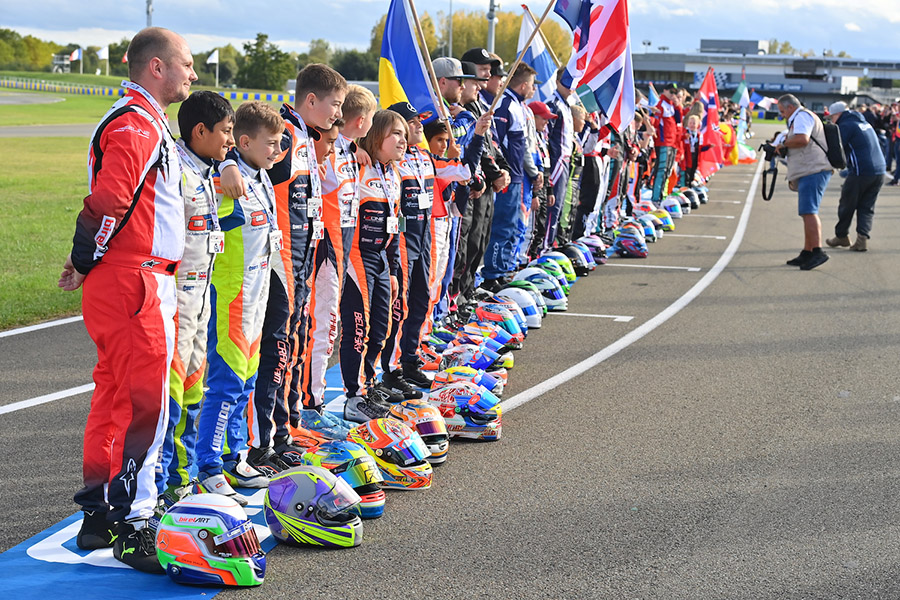 The end of the qualifying heats was marked by the return of sunshine on the Le Mans International Circuit and the use of slick tyres during this very intense day of competition! The great event created by IAME Karting in 2012, just 10 years ago, already named a lot of finalists in the X30 Mini, KA100, X30 Master and Z-I categories. Many of them want to add their name to the list of winners of this prestigious IWF22, whose mission is also to offer a Carbon Neutral meeting.

The Le Mans track took a long time to dry out, however the drivers were once again able to fit their karts with slick tyres for the fifth race of the day. The teams then had to work hard to find the best settings for the new conditions, while the intensity of the races increased again. Friday, some drivers were clearly among the favourites on the wet track, but many others were back at the front thanks to their competitiveness with the return of better weather. Saturday ended with the spectacular presentation of all the drivers, who were duly honoured by the organisers. 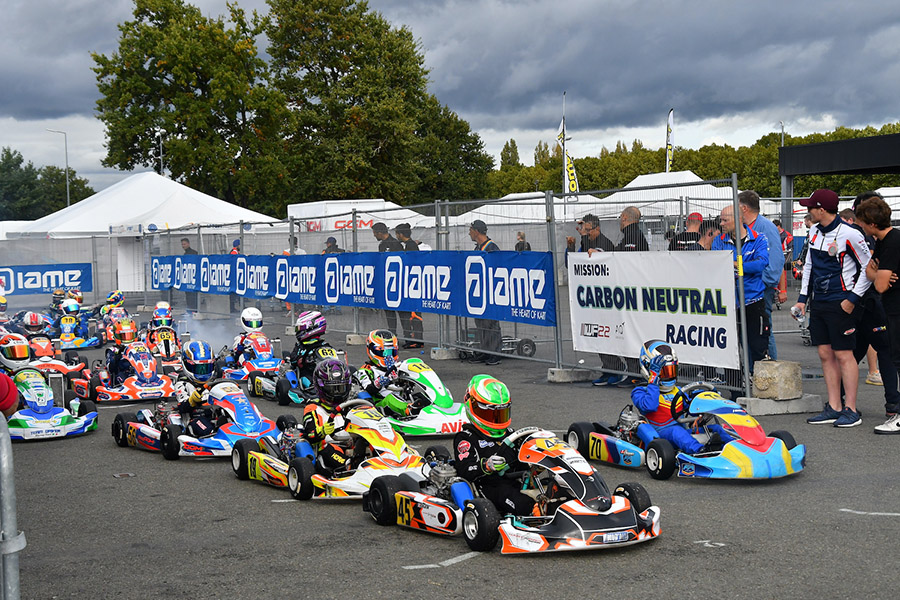 X30 Mini: Britain’s Kit Belofsky takes the lead
Seven rounds were still on the program of the day, four of which could be run on slick tyres. The show was even more exciting. The final decision was often made in the very last lap! Having already won at least one heat on Friday, two drivers managed to win again, the Briton Kit Belofsky and the Dutchman Dean Hoogendoorn. These three drivers are very well placed in 1st and 3rd place respectively after the heats. Riley Cranham, who took pole position on Thursday, dropped back one place, but is still a candidate for victory. Three new drivers managed to win a heat on Saturday, namely Argentine Fausto Arnaudo, Swiss Dan Allemann and Emirati Maxim Bobreshov, while Irish rider Daniel Kelleher won twice. He is 4th in the overall ranking ahead of Britain’s Henry Domain. Because of the sporting scheme which still gives all the drivers a chance, the rest of the competition promises to be really exciting. 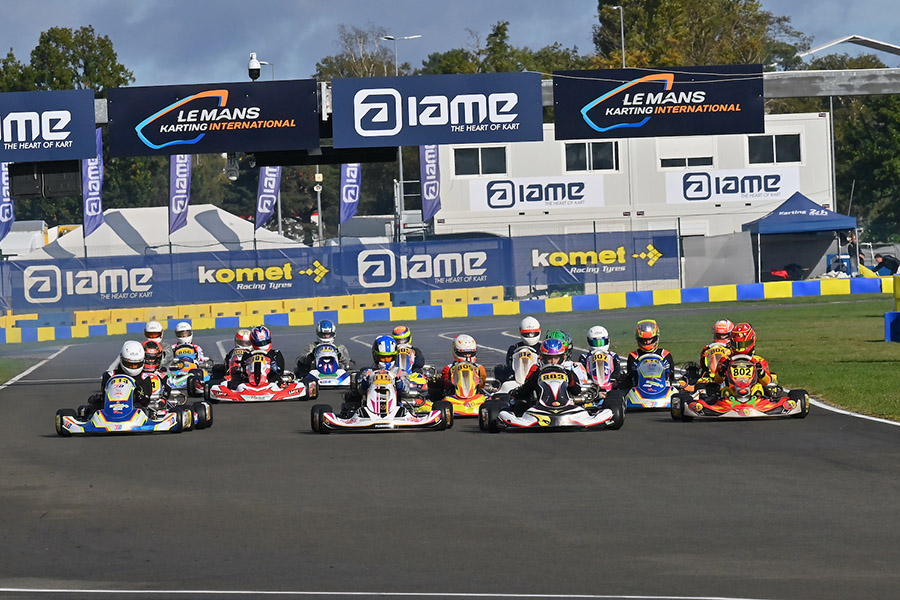 KA100: The French at the top of the hierarchy
The IAME Karting promotion category had three dry heats on Saturday, with three different winners: Julien Chastenet, Ewan Carrot and Lilian Forny, all French! Carrot is still a strong leader after six rounds, but it seems that the number of potential winners has increased since the return of slicks. Chastenet is getting faster and faster as he set a fastest lap. Finnish driver Johan Vilo was very strong in the starts but his pace wasn’t strong enough to stay on top. His countryman Aleksi Peltoniemi continues to perform well and is third in the heat rankings behind Carrot and Chastanet. Japanese driver Takeharu Nakamori managed to stay close to the leaders and gained two places overall since thursday. Despite losing 8 places in his last heat, Belgian Armin Pierle will start 6th in the pre-final. 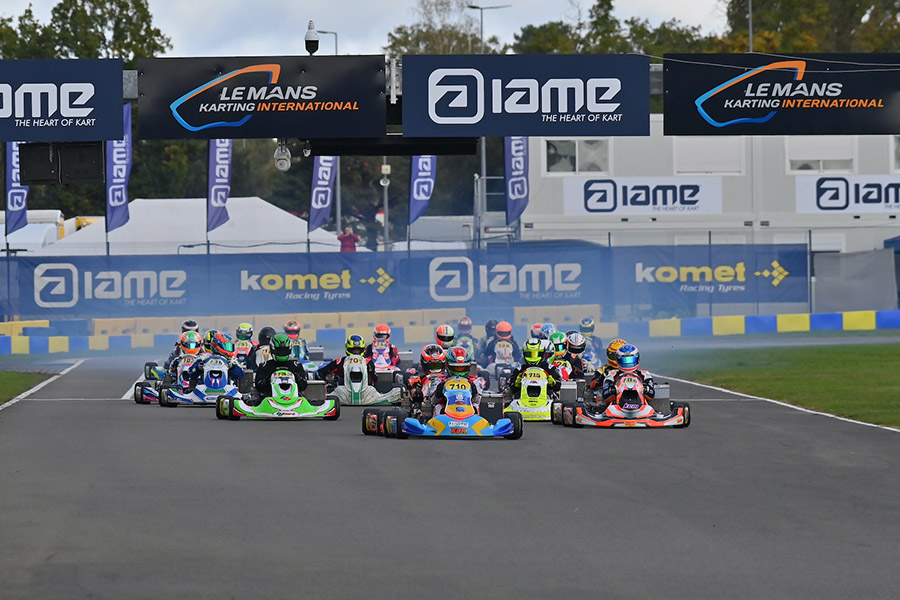 X30 Master: Three drivers neck and neck
Three heats in total and two per driver remained on the program on Saturday. If the heat between the A and B series took place with tyres designed for rainy conditions, the two others benefited from a dry track. Thanks to a win and a 2nd place, Frenchman Guillaume Barbarin managed to regain the lead in the overall classification over Irishman Gary Edwards, who had to be satisfied with 3rd and 2nd places. However, the best performance of the day went to Fabrice Frete, twice winner. The Frenchman won his place on the front row for the pre-final, between Barbarin and Edwards. Maxime Bidard, who is used to be at the front in this very popular X30 Master category in France, is in 4th position overall, ahead of the Belgian Björn Verhamme, who is as regular as ever, and the British Dean Hale, who was once 2nd in the rain and once 3rd in the dry. Finn Timo Adamsson lost 14 places in one heat and is now 8th in the intermediate classification behind Frenchman Eric Chapon who seems to be more and more at ease in Le Mans. 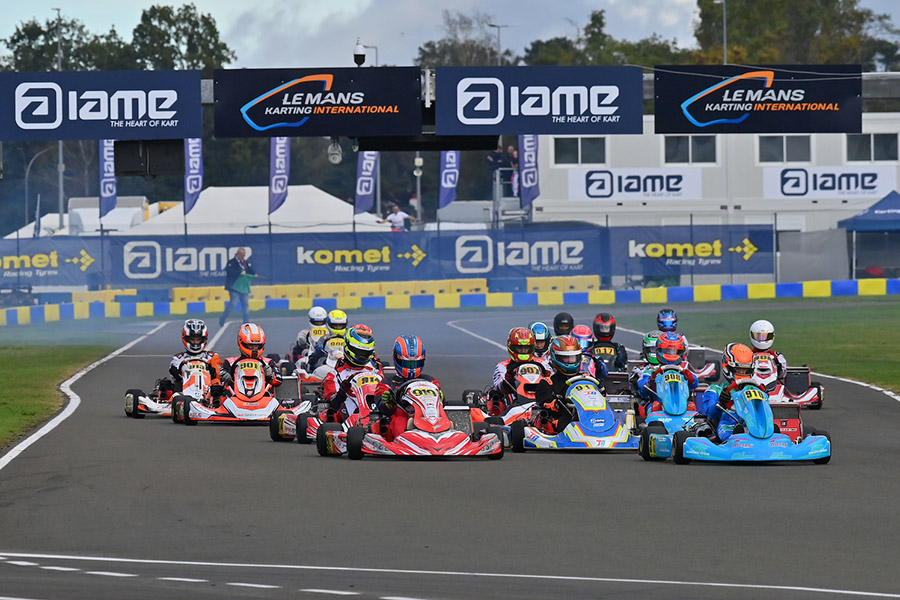 Z-I: Kajak, Huibers and Algre remains as the top 3 after the heats
The use of slick tyres proved to be the right choice for Saturday’s first round in the Z-I category. Most of the favourites were right, but Estonian Markus Kajak lost his first place to Belgian Christof Huibers and Swede Albin Karlsson. But Kajak was back at the top of the hierarchy in the two following heats, thus consolidating his leadership in the general standings. In the end, the top 3 of the time trials remained unchanged, with Huibers in 2nd place ahead of Estonian Ken Algre. Disappointed with his wrong tyre choice in the first morning heat, Belgian Thomas Cypers recovered well by finishing 2nd in the other two heats. In turn, Italian Matteo Franco Segre, Frenchman Enzo Lacreuse and Belgian Sam Claes were able to show their skills.

Live streaming is active at iwf.iamekarting.com. All results and relevant information can be found on the same website or the IWF22 mobile app which is available for both Android and iOS.