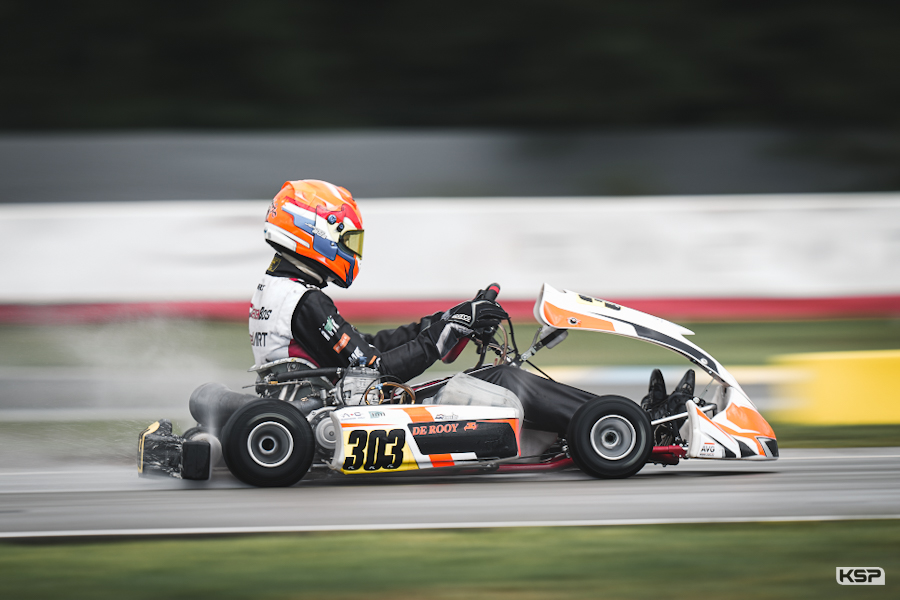 Although the rain had stopped, the track of Le Mans was still very wet for the Qualifying of the FIA Karting International Masters Super Cup – KZ2 with 64 drivers.

Session 1: Ramon – 1’07”941
Davide Fore’ (Birel ART/TM) showed his ambitions from the beginning of the session against Eric Ramon (Sodi/TM) and Johan Renaux (Redspeed/TM). Nyck de Bruijn (Falcon/Iame) was not far behind. Fore’ continued to drive hard in these difficult conditions, but Ramon beat him to the punch with his time of 1’07”941 on the fifth lap. Fore’ was 2nd at 29 thousandths, Renaux 3rd at more than 5 tenths. De Bruijn remained 4th at 9 tenths, followed by Thomas Letailleur (Sodi/TM).