The second round of the WSK Euro Series in Sarno

All the main protagonists of the WSK Euro Series will be hitting the track next 27-31 July for the final sprint of the series at the International Circuit Napoli of Sarno. 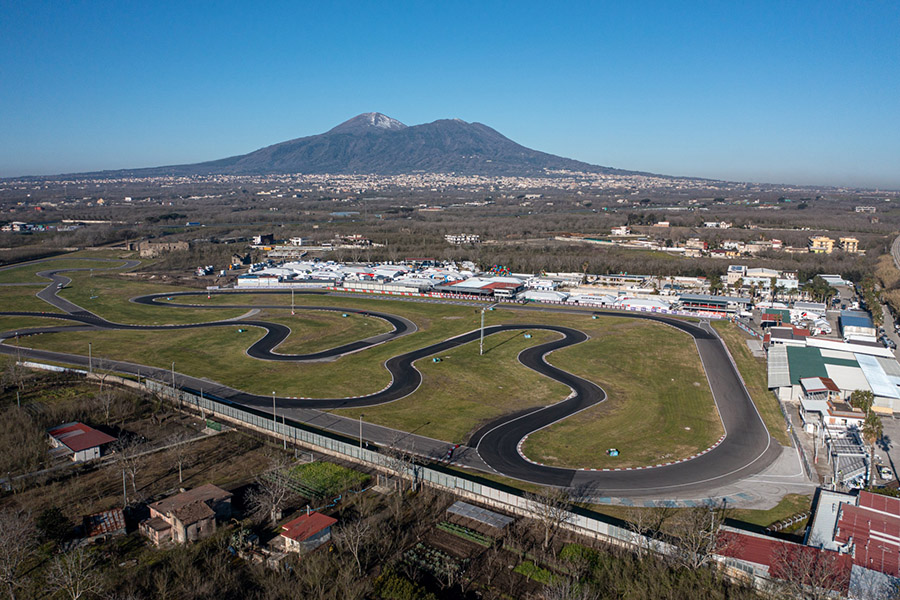 The WSK Euro Series is ready to run its final sprint with the second and decisive round at the International Circuit Napoli in Sarno (Salerno, ITA), which is scheduled for next 27-31 July. After the successful opener on July 17 in Lonato, the participation to this event is still quite important and the two categories OK and OKJ registered increased figures, while MINI and KZ2 confirmed the usual great presence.

KZ2. In the opener of Lonato, in KZ2 the Italian Giuseppe Palomba (BirelART Racing/BirelART-TM Racing) had the upper hand at the end of a stunning comeback due to a problem of a sporting regulation in qualifying. Palomba’s grit allowed him to win the final, a result which placed him on top of the classification at 70 points, level with another great interpreter of the category in Lonato: the French Jeremy Iglesias of CRG Racing Team.

OK. In OK the Japanese Kean Nakamura-Berta (KR Motorsport/KR-Iame) won the Final in Lonato, earning the lead of the standings with 86 points. He is followed by the Swede Joel Bergstrom (Forza Racing/Exprit-TM Racing) at 47 points. In Sarno about 60 drivers will contest this category, with a lot of new entries ready to charge for the final win.

OKJ. The await is mounting also in OKJ, the category that will count around 90 drivers on the track in Sarno with a lot of new entries. The classification is currently led by the Pole Jan Przyrowski (Tony Kart Racing Team/Tony Kart-Vortex) at 88 points. He dominated the opener in Lonato and is followed by the Hungarian Martin Molnar (Energy Corse/Energy-TM Racing) who totaled 47 points and the Dutch René Lammers (Parolin Motorsport/Parolin-TM Racing) who scored 43 points so far.

MINI. The participation in MINI is great as usual. The biggest name in this category for the youngsters is that of Vladimir Ivannikov (Gamoto/EKS-TM Racing), who won the Final in Lonato and is leading the pack with 80 points. A lot of drivers resolute to fight for the win follow him. These are led by the two drivers of team Alonso Kart by Kidix, the Dutch Dean Hoogendoorn and the Canadian Ilie Crisan Tristan, that won the two Prefinals in Lonato and are currently second and third in the standings with 69 and 42 points.

TYRES. The following tyres will be used in the round of Sarno:
MINI Vega – OK Junior Vega – OK MG Prime – KZ2 LeCont Prime

The program in Sarno:
WSK Euro Series, Round 2