Denner and Leuillet the conditional favourites 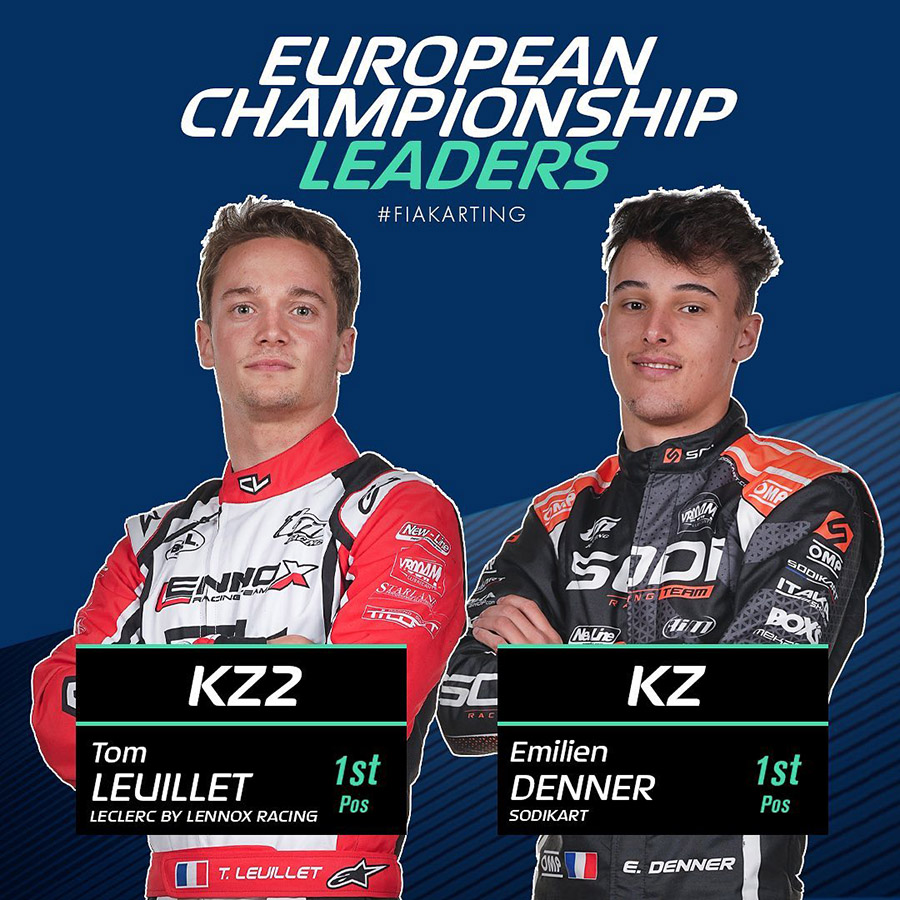 Émilien Denner (Sodi/TM) in KZ and Tom Leuillet (Birel ART/TM) in KZ2 arrive in Cremona as leaders of their respective European Championships. They are both in a similar situation with a six-point lead over their direct rivals, Paolo Ippolito (KR/Iame) in KZ and David Trefilov (Maranello/TM) in KZ2.

This advantage is far from guaranteeing a title win without a fight. The pressure is on the chasers who have to make up a gap and this is undoubtedly where the race will be played out. Strategically, Denner and Leuillet do not have to win everything to win the title. A 2nd place in the Final would still allow them to reach the goal. They can also take a little less risk during the Qualifying Heats and manage the Finals according to the position of their opponents. The introduction of a new track increases the uncertainty.

However, they will need to play it smart, knowing that it is not always easy to voluntarily slow down the pace without being too far off the mark. We can imagine that their teams will do everything to allow them to compete for the victory and that they will aim for a second success in Italy, just to win in style. Denner and Leuillet share a strong sense of attack and a taste for victory. The game promises to be exciting to follow with unforeseeable twists and turns.

In KZ, Matteo Vigano (Birel ART/TM), Jorrit Pex (KR/TM) and Pedro Hiltbrand (Birel ART/TM) remain dangerous for the title with strong attributes. Senna van Walstijn (Sodi/TM), who kept a low profile in Genk, could play a major role alongside his team-mate Denner, as well as other drivers capable of turning the tide.

In KZ2, the forces present are less easy to characterise. Arvid Lindblad (KR/TM), who is still learning the class, could be a key element if he can get his starts under control. Markus Kajak’s (Tony Kart/TM) level of performance in this field is an unknown at the moment. Kris Haanen (KR/TM) will benefit from the experience of Stan Pex’s SP Motorsport team, while Jorge Pescador (CRG/TM) represents the revival of CRG.

The live streaming of the races on Saturday and Sunday on YouTube makes sense in this kind of challenge. It will also be interesting to follow Arthur Dorison’s progress in the Academy Trophy as the young Frenchman will play his first match point before the conclusion a Le Mans in September.

France well placed in KZ, KZ2 and Academy for the FIA Karting meeting in Cremona

Lindblad poleman in KZ2 at Cremona