Lindblad poleman in KZ2 at Cremona 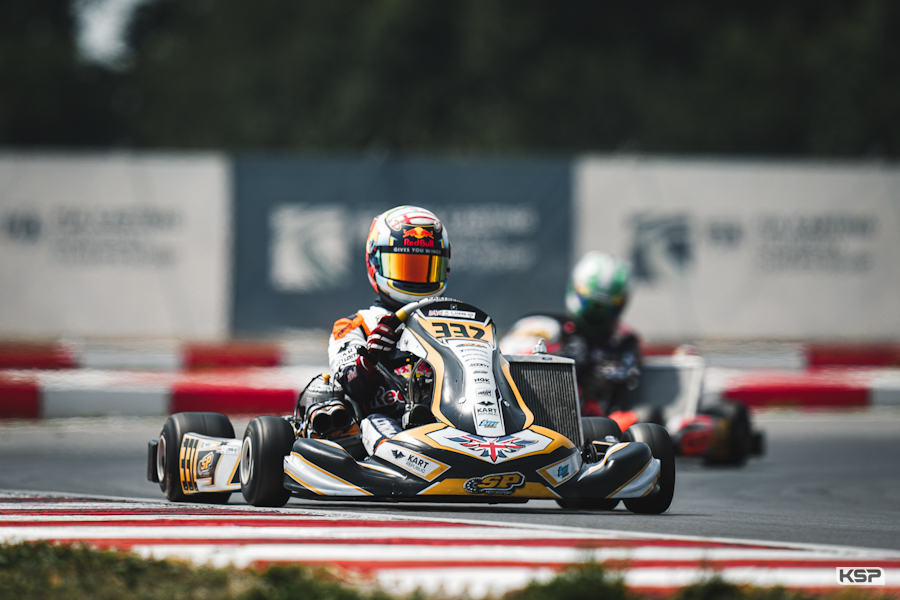 Early Friday afternoon, the Qualifying Practice for the European KZ2 Championship opened the competition in Cremona. The grip was already significant on the 1210 m overheated track with 34° air temperature. The 83 drivers were divided into four sessions, all on LeCont tyres. The track entry took place shortly before mid-session. The traffic was quite heavy.

Session 2: Lindblad – 46”099
Alex Maragliano (Drago Corse/TM) took 46’337 on the second lap of the second session. Arvid Linblad (KR/TM) went up a gear in 46”099 on the third lap, and took provisional pole one and a half tenths ahead of Thomas Imbourg (Sodi/TM). Maragliano remained 3rd, Guiseppe Palomba (Birel ART/TM) was 4th at 0.265” followed by Jean Luyet (Tony Kart/Vortex). Jean Nomblot (Sodi/TM) was 7th by 0.353”, Markus Kajak (Tony Kart/TM) was 10th by 5 tenths just ahead of Kris Haanen (KR/TM), Paul Loussier (Sodi/TM) finished 15th and Antoine Barbaroux (Sodi/TM) 16th by nearly a second.

Session 3: Gerhards – 46”536
The third session went on track a little earlier than the two previous ones. Robert Kindervater (Birel ART/TM) took the lead with a second lap in 46”871, Daniel Vasile (DR/Modena) took over in 46”541 on the third lap, followed by Alessio Piccini (Birel ART/TM). It was Tim Gerhards (Sodi/TM) who took the lead on the fourth lap with a time of 46”536 and the ranking remained there despite the fact that most of them had completed six laps. Vasile followed 5 thousandths behind in 2nd position, then Piccini 3rd by 34 thousandths, Kindervater 4th and Michael Rosina (TB Kart/TM) 5th by less than a tenth. Arthur Carbonnel (Sodi/TM) finished 6th after less than 2 tenths, Celian Gallasin (Sodi/TM) was 12th ahead of Kirill Smal (Birel ART/TM).

Session 4: Bertuca – 46”180
On the second lap of the fourth and final session, Cristian Bertuca (Birel ART/TM) was leading ahead of Danilo Albanese (KR/Iame) and Mattéo Spirgel (Sodi/TM). Albanese lapped in 46”189 on the third lap, with Bertuca 0.103” behind and David Trefilov (Maranello/TM) 0.168” back. Bertuca replied with the fastest time of 46”180, 9 thousandths ahead of Albanese, Trefilov finished 3rd by 0.177”. Spirgel confirmed in 4th position at 0.183” while Oscar Targett (Birel ART/TM) finished 5th ahead of Jorge Pescador (CRG/TM) and Leonardo Marseglia (Birel ART/TM). Clément Pierrat (Birel ART/TM) was 16th, 9 tenths behind.

Denner and Leuillet the conditional favourites