After Marijn Kremers (Birel ART / TM Racing) took pole position on Friday late in the day, the KZ drivers had to move to a radically different track between Saturday’s morning and afternoon heats. The mechanics first had to put on the rain tyres. Initially worried by Luca Corberi (Tony Kart / Vortex) and Jeremy Iglesias (Formula K /TM Racing), Kremers managed to recover his 1st place to win against his two rivals. Stan Pex (KR / TM Racing) started from the front row, while his brother Jorrit made the most of his position by finishing 4th ahead of Adrien Renaudin (Sodi / TM Racing), who moved up seven places. Bas Lammers (Sodi / TM Racing), who was initially ranked in this position, was demoted to 8th due to a spoiler penalty. 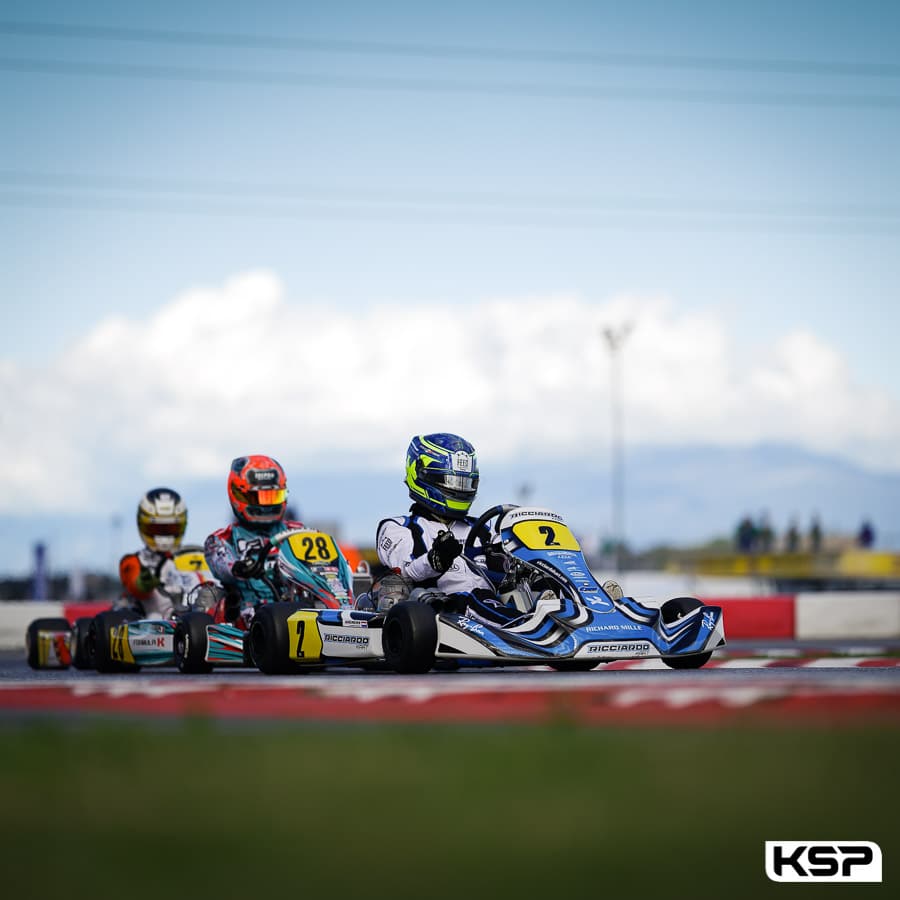 As the skies cleared up in the early afternoon and KZ2s were able to dry out the track, the second heat was run on slick tyres. Corberi clearly lacked running at this level and lost many places, while Kremers confirmed his great form by keeping Stan Pex behind him. The battle for 3rd place between Iglesias and Simo Puhakka (Tony Kart / Vortex), who had made a good start to the race, turned to the advantage of the Frenchman. Matteo Vigano (Birel ART / TM Racing) took the opportunity to take 4th place with his kart in the colours of Charles Leclerc by Lennox Racing. Lammers finished 6th this time, three places ahead of the Frenchmen Renaudin and Emilien Denner (Tony Kart / Vortex).

A last heat will be held on Sunday morning before the grand Final. Already reigning World and European Champion, Kremers will clearly be aiming for another international title…