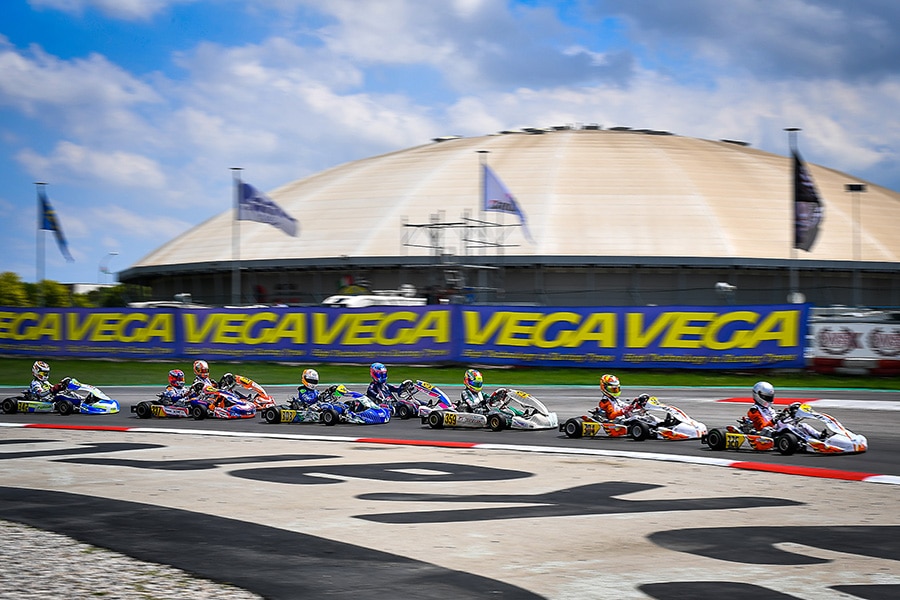 After qualifying practice in the morning, the first battles of the fourth round of the WSK Super Master Series at the Adria Karting Raceway took place in the heats run in the afternoon of Thursday, July 2nd. The whole day of Friday will define the starting grids of the final stages on Saturday and Sunday, when drivers will battle out the WSK Super Master Series titles.

Gustafsson and Tonteri lead the pack in KZ2.
The Swede Viktor Gustafsson (Leclerc by Lennox Racing/BirelArt-TM Racing-Vega) put his name forward among the protagonists of this event. After posting the fastest time in qualifying, the Swedish driver led other strong drivers like the Finn Simo Puhakka (Tony Kart Racing Team/Tony Kart Vortex-Vega) and the two Italians of BirelArt, Alex Irlando and Giuseppe Palomba in the first heat. In the second heat the Finn Paavo Tonteri (SC Perfomace/Tony Kart-Vortex-Vega) claimed a strong win leading another protagonist, Matteo Viganò (Leclerc by Lennox Racing/BirelArt-TM Racing-Vega).

Bedrin challenged by Antonelli in OK.
The strong position of the Russian Nikita Bedrin (Ward Racing/Tony Kart-Vortex-Bridgestone) strengthened in OK, as he claimed the pole position and the victory in the first heat. Among the strongest rivals of Bedrin, the Italian Andrea Kimi Antonelli (KR Motorsport/KR-Iame-Bridgestone) won the second heat.

WSK is back on track