Coming from a family strongly involved in kart racing, the young Dutchman Marijn Kremers found the Holy Grail at the age of 21 by being crowned 2019 FIA Karting World Champion – KZ on the Lonato circuit (ITA). He then made the choice to turn to Motor Sport before his plans were disrupted by the COVID-19 pandemic. He takes stock of the situation at the beginning of June 2020. 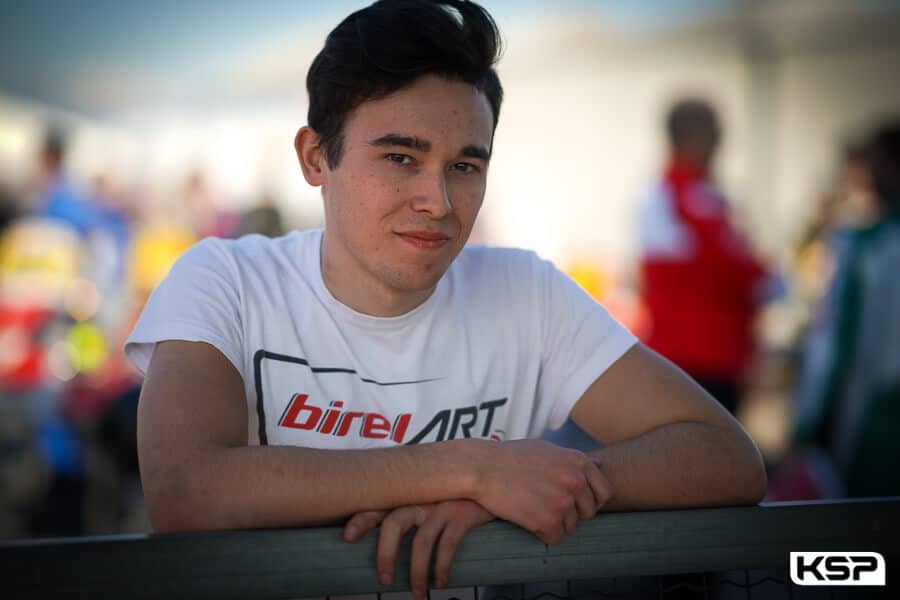 How have these last few months been?
I spent the two months of lockdown in Holland with my family and that’s where I am still at the moment. We have been fortunate not to have any health problems. As in many other countries, activity here has decreased considerably since mid-March. We are just beginning to come out of this strange period. During these long weeks, I have been trying to keep in shape by taking care of my physical condition as much as I could. I also trained in virtual races. Nothing comparable with real competition, but it allows me to keep in touch with the other drivers and stay in the racing world. It was definitely the right thing to do at the time!

Basically, what was your programme for 2020?
After winning the FIA Karting World Champion – KZ in Lonato with the Birel ART Racing Team, I decided it was time to try my luck in single-seater racing. Last autumn, I took part in selection for the Feed Racing scholarship created by Jacques Villeneuve and Patrick Lemarié. The final took place on the Magny-Cours F1 circuit and I managed to win despite the changing track conditions. The reward was a season in British F4 with Carlin Motorsport, needless to say I was delighted! My aim was to be the best Rookie in the British F4 Championship certified by the FIA, as well as to be at the top of the overall standings. After the winter training sessions, the first official tests went very well and I had high hopes for the future. Since everything stopped, I’ve been taking part in the British F4 iRacing Trophy while waiting for the real competition to start again, but as I said, it’s not the same thing at all.

Looking back, how important is it to have won the KZ World Championship?
First of all, it puts the spotlight on you. For sure, a world title in karting opens new horizons. Of course, you have to make the most of all the contacts it gives you. Then, I realised that I gained a lot of self-confidence. If I managed to win the World Championship, I am capable of doing it again and facing any rival. That doesn’t make the races any easier, but it removes doubt about your own abilities and allows you to give your best more often.

What does your sporting future look like?
Everything has changed since the pandemic and it is still too early to know how it will develop. The British F4 calendar has been adapted and racing should resume in early August. Is the season going to go well with a significant amount of racing? I don’t know yet. I trust my manager Michael Patrizi and the Feed Racing management to take the right decision for my racing career. It’s possible that I’ll get behind the wheel of a kart first, if the team agrees, to get myself back in shape.

So you haven’t definitively drawn a line under karting?
No, not at all! I am in frequent contact with Ronni Sala, President of Birel ART Group, and Franco Drudi of TM Racing. We will have to see how the situation looks in the coming weeks, but I must admit that I am quite tempted, if the conditions are right, to take part in the FIA Karting World Championship – KZ, which is due to take place on the Lonato circuit again. Karting is still a passion and I am not about to give it up!