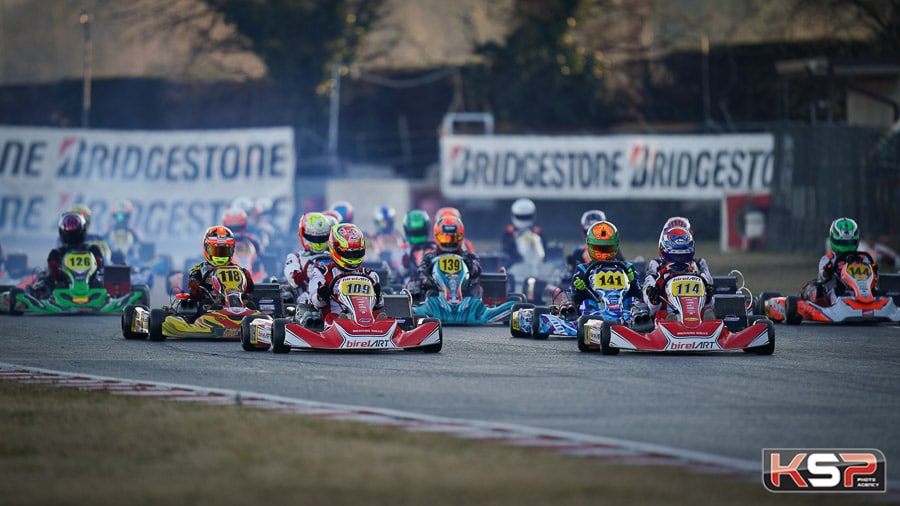 With three victories each, the official Birel ART drivers Riccardo Longhi and Giuseppe Palomba lead the provisional standings of the Winter Cup KZ2 Qualifying Heats ahead of the poleman Simo Puhakka (Tony Kart/Vortex). The C-E heat however remains to be run on Sunday morning, notably for Longhi. Provisionally 8th with 16 points and four heats on his record, Alessandro Irlando (Birel ART/TM) can only move up a few places ahead of Viktor Gustafsson (Birel ART/TM) in 4th, Jérémy Iglesias (Formula K/TM) in 5th, Alexander Dahlberg (Energy/TM) in 6th and Alessandro Buran (Birel ART/Vortex) in 7th. In the top 10, Jean Nomblot (Sodi/TM) should take the lead over Adrien Renaudin (Sodi/TM), who will compete in his last heat on Sunday. Arthur Carbonnel (Sodi/TM) is sure to be at least 12th after a good showing. Matteo Vigano (Birel ART/TM), delayed by a retirement, is provisionally in 19th place.

See the provisional positions in the unofficial Kartcom intermediate ranking.