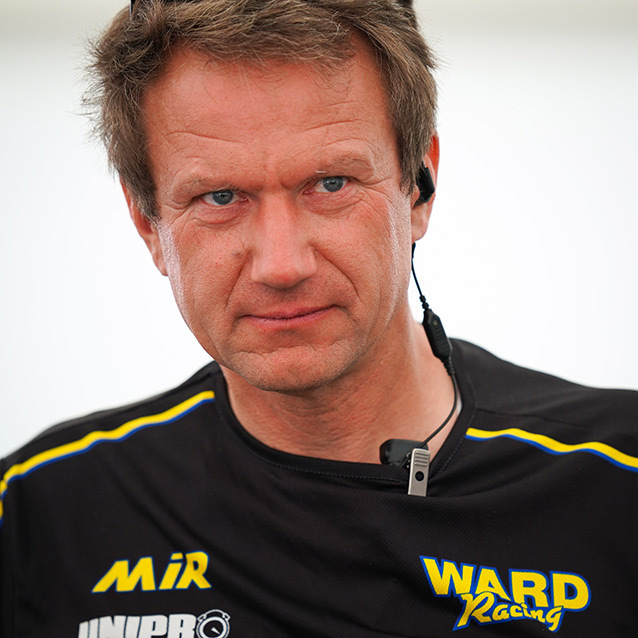 “To win, a driver must first learn to lose.”

Now 50 years old, Sweden’s Joakim Ward is a respected team manager in the paddock, where he has a strong international presence in OK and Junior, and in KZ2 to a lesser extent. Ward Racing welcomes drivers from every country, with a predominance of Scandinavian and Russian drivers. It was in 2015 with the Danish driver Christian Lundgaard that he had one of his greatest successes, with the European KF-Junior Championship won at home in Sweden on the Kristianstad circuit.

Has it been a long adventure for you in karting?

Yes, definitely! I raced for about ten seasons until the early 90s. I have participated in European and World Championships in Formula Super 100 on circuits such as Jesolo, Laval and Fontenay le Comte, which have not been used by the CIK-FIA for a long time! I followed this with the creation of a small team of two drivers. Sales of equipment followed a few years later, which allowed us to grow. The team had about seven or eight drivers at the end of the 1990s. Today, we have organised ourselves to be able to welcome about 12 drivers in each race. I have strong demand from drivers from Scandinavian countries and those near the Baltic Sea. We also have good contacts in Russia, which does not prevent me from having drivers from Italy, Morocco or even Japan racing!

Are the staffing needs very high?

Ward Racing remains a family business. I am supported by my wife and father. In addition to the technical aspects, the logistics and organisational work is important to manage all the drivers who race in the team perfectly. Three other people work for us on a full-time basis. The rest are mechanics working only race days. Often, our drivers come with their own mechanic. We welcome them with pleasure by passing on our knowledge and experience.

Many international races are held in Italy. How should a Swedish team be organised?

For the past ten years, the racing team has been based in Italy, in Desenzano del Garda, very close to the Lonato circuit. For races as well as for tests, it is essential for an activity like ours. It would be impossible to constantly travel back and forth from Sweden, even though I live in the south of the country. This location also allows me to be close to the Tony Kart and Vortex factories that we work with.

Is having a quality international circuit like Kristianstad an advantage for the development of karting in Sweden?

Yes, of course, but I will say more generally that karting is already very popular there. There are about 40 circuits and nearly ten of them are capable of organising excellent national races, including one or two of a level close to Kristianstad. It has been noted that many Swedish drivers have taken wildcards to participate in recent FIA Karting events. The last two competitions organised in OK and Junior in Kristianstad were well attended.

The Ward Racing team uses its own engines. Is it a big extra workload?

We work in partnership with the Vortex factory, but I prepare my engines in house, with someone who helps me with disassembly, assembly and maintenance. This was already the case in 100cc and KF. With the OK, we now have a simpler engine than the KF, but the challenge is still the same. To be effective enough to allow our drivers to be in a position to win. Of course, this represents a lot of work and development hours, but it is also a very interesting part, which also allows us to be independent. Whether we are successful or not, it is up to us alone, or even the driver, to find the solution.

Like other independent teams, you have to fight against the factories. Is the fight too unbalanced?

No, I think the results prove the opposite. In fact, each team has its own way of working and progresses differently from the others during the events. The goal is to stay true to your organisation and method, to what the team has planned in terms of workload. We are at a time when it is impossible to revolutionise everything. We have to move forward step by step.

If he wants to win, a driver must first learn to lose! A driver who does not question himself has already lost.