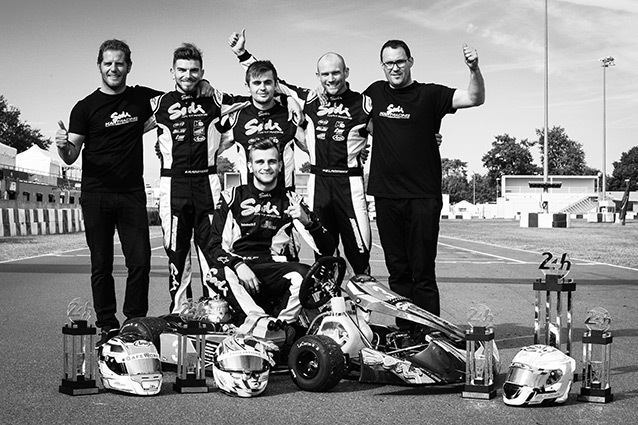 The Sodikart #3 team (Sodi / TM Racing / LeCont) driven by Anthony Abbasse (FRA), Alex Irlando (ITA), Tom Joyner (GBR) and Bas Lammers (NLD) won the FIA Karting Endurance Championship at the 33rd edition of the 24 Hours Karting on the Le Mans International Circuit on September 29th and 30th 2018. The first factory team to win this Championship, Sodikart had prepared for the event for several months with meticulous care under the supervision of Julien Dexmier, manager of the Sodi Racing Team.

Julien, can you outline the preparation schedule?

Sodikart first took stock of the 2017 edition, in collaboration with Claude Jamin, a great specialist in the discipline, now retired. The Sodi Racing Team focused on the speed events and they needed to find a new endurance expert to complete the team. Nicolas Scelles, who won the 2017 edition with Rouen GSK, quickly agreed to work with us. Work began in March. In close liaison with the factory, we needed to adapt our chassis to the specificities of the 24 hours. The most important points were reinforcement of vulnerable areas and the implementation of simple systems to reduce intervention time during pit stops. At the same time, we needed to maintain a good level of performance. Compared to last year, the preparatory phase started much earlier and we were able to complete this important task. In addition, our partner TM Racing took advantage of its experience from 2017 to prepare engines accordingly.

On the technical side, everything went well. We had only one engine failure and a broken chain, which is a small amount. A break in the tank quick-attach system cost us the most time, three minutes. The balance sheet remains very positive.

The team was excellent. The mechanics were always ready to react at a quarter of a second, even in the middle of the night. And the Drivers were incredible. Fast, regular, reliable, they made no mistakes: no crashes, no kerbs, even when they had the green light to attack. It was a first experience for Tom Joyner, while Anthony Abbasse won for the sixth time, but the team spirit was there and their physical condition was excellent.

What about your rivals?

Several well-known teams gave extra value to our victory. The presence of the CRG factory is very important for this Competition. They are always very fast with their training of great Drivers. They retained their very successful approach to endurance with the inherent risks in terms of consistency. This year, our main threat came from the JFJ Performance Team who were discovering the GP1 category. Many of their team were close to Sodi. They had a great race and we were very disappointed for them when they lost the lead after a broken chain at the wrong spot on the track.

How do you hope to see the FIA Karting Endurance Championship develop?

There are probably many ways to develop endurance, but above all we want other brands to get directly involved to increase the aura of this very interesting event.